SINGAPORE (Reuters) – The safe-haven yen weakened versus the dollar on Friday on hopes upcoming U.S.-China trade talks would make some progress, but broader market confidence remained weak amid worries over slowing global growth. 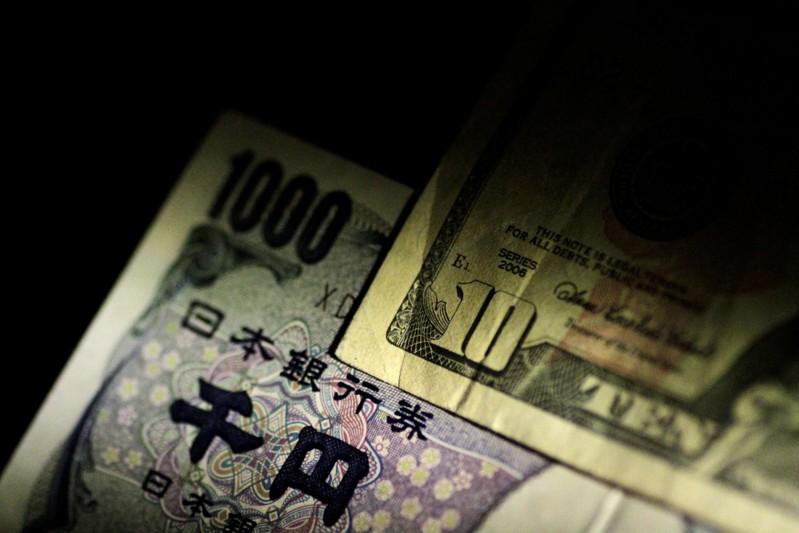 Market sentiment perked up after China confirmed that trade talks with the United States will be held at the vice ministerial level in Beijing on Jan. 7-8. Trade tensions between the world’s two largest economies had rattled financial markets for most of 2018.

The yen weakened 0.6 percent to 108.31 while riskier currencies such as the Australian dollar gained 0.2 percent to $0.7020. The bounce in dollar/yen comes after what many traders described as a ‘flash crash’ on Thursday, when it collapsed to an intra-day low of 105.25 in a technically-driven sell-off.

“Sentiment has shifted slightly towards the positive side, which is why we are seeing the yen weaken while Aussie dollar is rising,” said Margaret Yang, markets analyst at CMC Markets.

However, fears of a sharp slowdown in economic growth and a failure of the trade talks are likely to keep investors from diving back into riskier assets in a big way in the coming weeks.

Weaker-than-expected U.S. factory activity has heightened investor expectations the Federal Reserve will not raise rates in 2019, and possibly even cut them in 2020. Data has also been weak out of China and Europe.

Spooked by signs of fresh troubles in the world’s largest economy, investors rushed to the safety of bonds. The U.S. two-year Treasury note yield dropped below 2.4 percent on Thursday, reaching parity with the federal funds effective rate for the first time since 2008.

The Fed raised rates four times in 2018 on the back of strong growth and a robust labour market. However, with financial conditions tightening, most analysts now do not expect the Fed to raise rates in 2019.

In an interview with Bloomberg on Thursday, Dallas Fed President Robert Kaplan acknowledged issues such as the deceleration of global growth, tightening of financial conditions and widening credit spreads.

“My own view is we shouldn’t take any further action on interest rates until these issues are resolved for better or for worse…,” Kaplan said.

“So I would be an advocate of taking no action during the first couple of quarters of this year…we should be patient and give some time for this economy and watch how this situation unfolds.”

Markets will focus on comments made by Fed Chairman Jerome Powell later on Friday, who is scheduled to speak in Atlanta. Any acknowledgement that growth risks are building and financial conditions tightening is likely to be read by traders as a dovish policy signal. Traders will also look to Friday’s December U.S. payrolls report for an indication of the overall health of the labour market.

A dovish Fed would likely keep the greenback under pressure in the coming months, giving central banks in emerging markets room to cut rates if economic conditions sharply deteriorate.

“A weaker dollar should benefit emerging market currencies, but for now they are hamstrung by all the uncertainty around China,” said Ray Attrill, head of currency strategy at NAB.

The dollar index was relatively unchanged at 96.3. The index fell 0.56 percent in the previous session.