LONDON (Reuters) – World shares started 2019 on a downbeat note, oil prices and bond yields slid, and the Japanese yen strengthened on Wednesday as data from China to France confirmed the picture of a global economic slowdown. 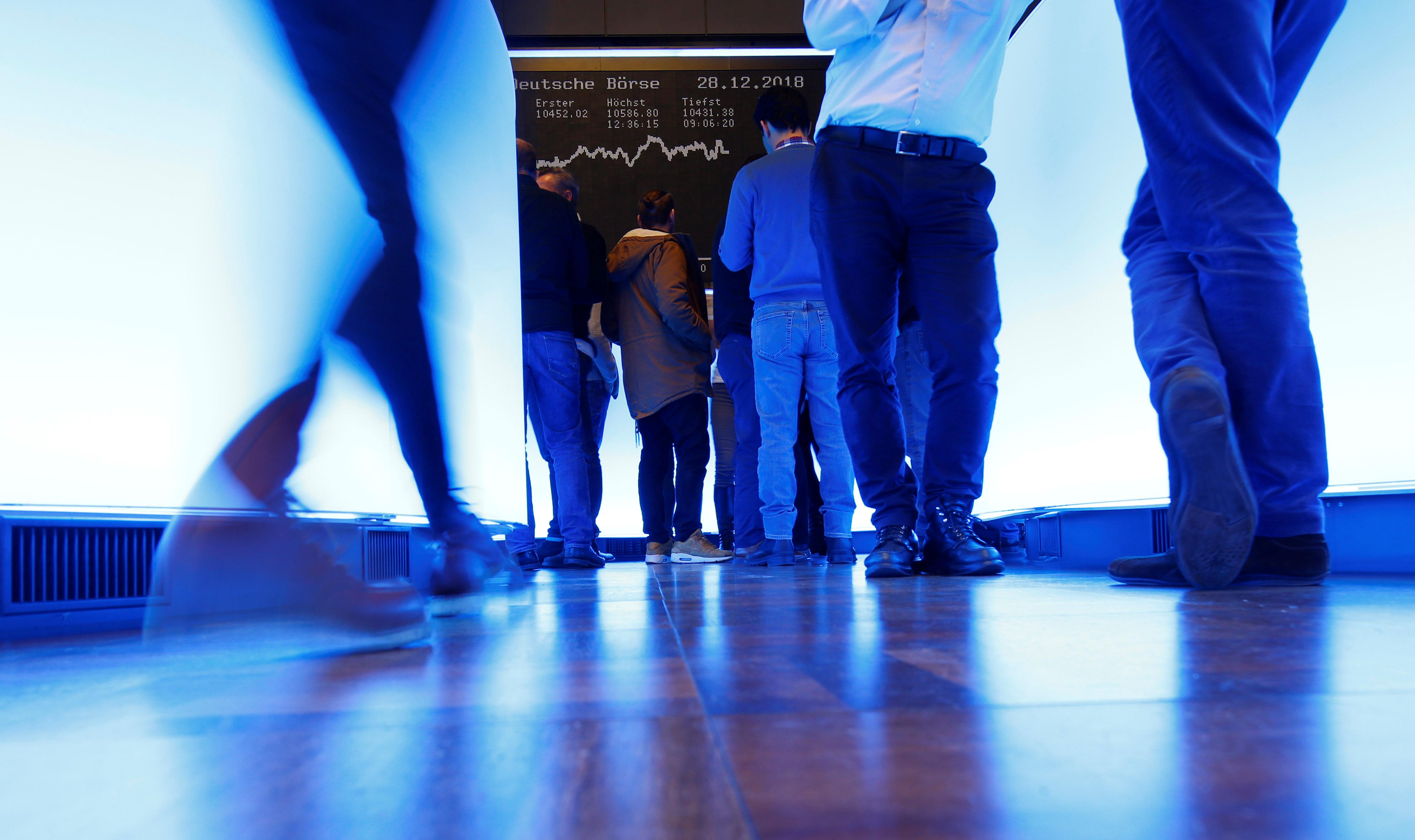 MSCI’s index of world shares dropped 0.4 percent as weak manufacturing-activity surveys across Asia were followed by disappointing numbers in the euro zone.

The gloom continued in Europe, where the Purchasing Managers’ Index for the euro zone reached its lowest since February 2016. Future output PMIs were at a six-year low.

A pan-European share index tumbled 1.3 percent, led by 2 percent-plus losses in Paris, as France’s PMI fell in December for the first time in two years.

“It’s a continuation of the worries over growth. You can see them in the Asian numbers, which all confirm that we have passed peak growth levels,” said Tim Graf, chief macro strategist at State Street Global Advisors.

The knock-on effects from China’s slowdown and global trade tensions were rippling across Asia and Europe, he said.

“I don’t think the trade story goes away, and Europe, being an open economy, is still vulnerable plus there is less monetary policy support than there has been,” he said, in a reference to the European Central Bank’s bond-buying program, which ended on Dec. 31.

Commodity-driven currencies lost ground in turn, led by the Australian dollar. Often used as a proxy for China sentiment, the Aussie fell as much as 0.7 percent to its lowest since February 2016 at $0.70015.

There were also renewed fears in Europe over the clean-up of Italy’s banks, with trading in shares of Banca Carige suspended. Carige failed last month to win shareholder backing for a share issue that was part of a rescue plan. An Italian bank shares index fell 2.2 percent.

The stock market rout drove investors into the safety of bonds from countries such as the United States and Germany, with the 10-year German Bund yield slumping to 20-month lows of 0.18 percent It stood at 0.3 percent a month ago.

“This drop in Bund yields is a reflection of a weakness in equities and overall risk sentiment. China is one of the main drivers,” Commerzbank strategist Rainer Guntermann said.

Gold and the yen were he other beneficiaries.

While gold topped six-month highs, the yen extended its rally against the dollar to seven-month highs around 108.9. It strengthened to a 19-month peak against the euro.

The dollar edged up on the euro and sterling but was steady versus a basket of currencies at 96.181.

The greenback has been dragged down by a steep fall in Treasury yields in recent weeks — investors wager the U.S. Federal Reserve will not raise rates again, even though the Fed itself is still projecting at least two more hikes.

Fed Chairman Jerome Powell will have the chance to comment on the economic outlook when he takes part in a discussion with former Fed chairs Janet Yellen and Ben Bernanke on Friday.

Yields on two-year debt have tumbled to 2.49 percent, just barely above the cash rate, from a peak of 2.977 percent in November. Ten-year yields have dived to their lowest since last February at 2.69 percent.

The spread between two- and 10-year yields has in turn shrunk to the smallest since 2007, a flattening that has been a portent of recessions in the past. The German 2-10 yield curve is the flattest since November 2016

“What is clear is that the global synchronized growth story that propelled risk assets higher has come to the end of its current run,” OCBC Bank told clients.