When Learning Is Really Remote: Students Climb Trees and Travel Miles for a Cell Signal

Schools are closed in Indonesia because of the pandemic, but for the rural poor who lack internet access and smartphones, online education is particularly difficult. 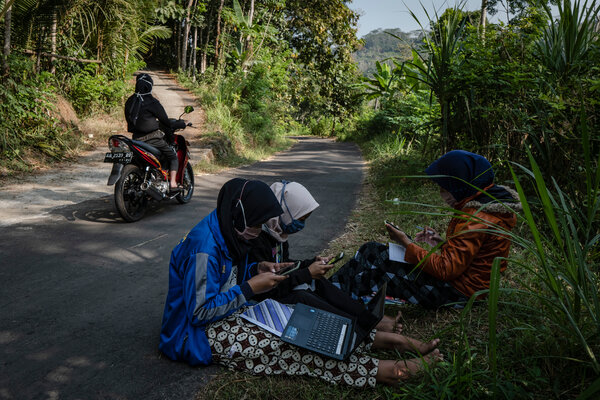 On school days, the three teenage students hop on a motorbike and ride to their personal study hall: a spot along a narrow road outside the Indonesian village of Kenalan where they can get a stable cellphone signal.

Sitting on the shoulder of the road, they do their lessons on smartphones and a single laptop as cars and motorbikes zip by. The three students — two sisters and their 15-year-old aunt — have been studying this way on the island of Java since March, when Indonesia closed its schools and universities to contain the coronavirus.

“When the school ordered us to study at home I was confused because we don’t have a signal at home,” said one of the girls, Siti Salma Putri Salsabila, 13.

The travails of these students, and others like them, have come to symbolize the hardships faced by millions of schoolchildren across the Indonesian archipelago. Officials have shuttered schools and implemented remote learning, but internet and cellphone service is limited and many students lack smartphones and computers.

In North Sumatra, students climb to the tops of tall trees a mile from their mountain village. Perched on branches high above the ground, they hope for a cell signal strong enough to complete their assignments.

Around the globe, including in some of the world’s wealthiest countries, educators are struggling with how to best make distance learning viable during the pandemic. But in poorer countries like Indonesia, the challenge is particularly difficult.

More than a third of Indonesian students have limited or no internet access, according to the Education Ministry, and experts fear many students will fall far behind, especially in remote areas where online study remains a novelty. 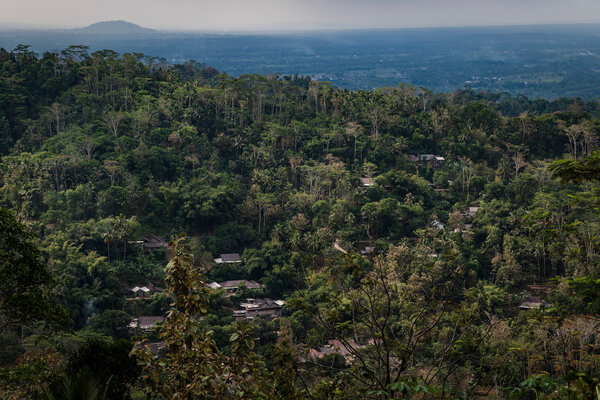 Indonesia’s efforts to slow the spread of the virus have met with mixed results. As of Saturday, the country had 190,665 cases and 7,940 deaths. But testing has been limited and independent health experts say the actual number of cases is many times higher.

With the start of a new academic year in July, schools in virus-free zones were allowed to reopen, but these schools serve only a fraction of the nation’s students. As of August, communities in low-risk areas could decide whether to reopen schools, but few have done so.

Yemen: How to help the Yemen crisis – Why is Yemen starving?

Canada’s coronavirus cases are surging, but experts reject it’s a ‘second wave’
We and our partners use cookies on this site to improve our service, perform analytics, personalize advertising, measure advertising performance, and remember website preferences.Ok