What We Know About the Lion Air Flight 610 Crash

In an era when a commercial flight is largely automated — usually a seamless process in an aircraft, informed by sensors and signals acting in tandem with experienced pilots — the prospect that those systems could contribute to a crash is almost unthinkable.

But in the case of Lion Air Flight 610, a Boeing 737 Max 8 that plummeted into the Java Sea shortly after takeoff from the Indonesian capital in late October, investigators believe those systems may have been involved.

The plane, which was practically new, crashed minutes after takeoff, killing all 189 people on board. The crash has raised questions about Indonesia’s troubled airline safety record, Lion Air’s questionable safety practices and the automated systems aboard Boeing’s commercial aircraft. Here is what we know.

On the morning of Monday, Oct. 29, Lion Air Flight 610 took off from Jakarta’s Soekarno — Hatta International Airport at 6:21 a.m. The plane was set to travel to the small city of Pangkal Pinang, the provincial capital of a small island in the Java Sea. The flight should have taken just over an hour.

Minutes after takeoff, the crew contacted air traffic controllers and requested a return to Jakarta. The plane never issued a mayday distress call and did not turn back. Instead, it banked to the left, made significant altitude shifts and then dropped sharply. The plane was at an altitude of about 5,000 feet when its final descent began, according to data from Flight Radar 24, which tracks global air traffic. By 6:32, communications with the plane had ceased.

The plane plunged into the sea 11 minutes after takeoff, hitting the water with such force that some metal fixtures on the aircraft disintegrated.

It was the first crash of the Max 8, an updated version of the best-selling Boeing 737.

What do investigators say?

The investigation is in its early phases as Indonesian authorities analyze the contents of a flight data recorder, a so-called black box (although it is actually orange to make it easier to find after a crash). It was recovered from the seabed last week. A second data recorder has not been recovered.

Indonesia’s National Transportation Safety Committee, which is leading the investigation, said that inaccurate airspeed readings had been recorded on the plane in the days leading up to the crash. The airspeed is measured from so-called pitot tubes in the nose of the aircraft. Lion Air maintenance staff had worked on those tubes before the fatal last flight.

Investigators also have focused on evidence suggesting that an onboard computer may have been operating with incorrect data from one of the plane’s angle of attack sensors. It is not clear if there may have been a problem in the sensors, in the computer technology that processes their data or somewhere else in the system. The sensors are instruments on the plane’s exterior that gauge the angle of the oncoming wind as it comes across the aircraft. They can help determine whether the plane might be stalling — with its nose pointed at the wrong angle for its current speed to maintain lift. If the aircraft’s computers detect a stall, they can trigger electric motors that cause the tail to rise and the nose to pitch downward.

The downed airplane may have received false input from an angle of attack sensor, which measures the angle at which oncoming wind crosses the plane. It is crucial in preventing the plane from stalling. 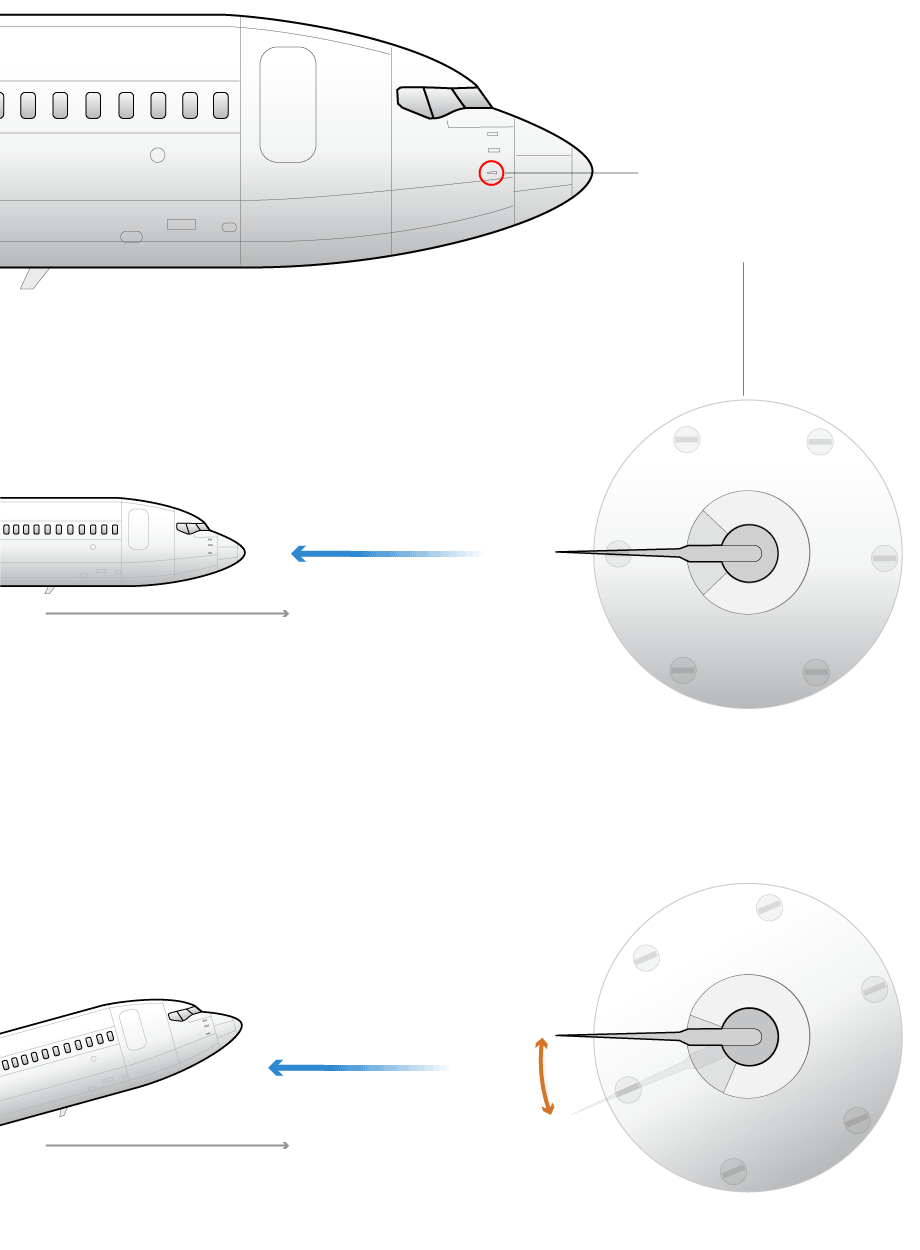 The sensor is a weathervane-like device that aligns itself with oncoming air flow.

A high angle of attack indicates to the pilot that the plane is flying nose-up and may need to be adjusted. A plane that is not adjusted may lose speed and risk stalling.

The sensor is a weathervane-like device that aligns itself with oncoming air flow.

A high angle of attack indicates to the pilot that the plane is flying nose-up and may need to be adjusted. A plane that is not adjusted may lose speed and risk stalling.

Haryo Satmiko, the deputy chief of the Indonesian safety agency, said on Wednesday that he had discussed the possibility with Boeing representatives that inaccurate readings from one of these sensors could have made the Lion Air 610 suddenly descend, and said “this case is something for Boeing to reflect upon.”

Soerjanto Tjahjono, the head of the safety agency, said during a Wednesday briefing that it was not clear if there was a systemic problem with this type of aircraft.

“We cannot yet say that there is a design flaw with the plane,” he said, adding that the Max 8 appeared to have developed a problem with the angle of attack sensor only after technicians had changed it the day before the doomed flight.

In Lion Air 610’s final four flights, the plane recorded repeated problems with its airspeed indicators, an issue that maintenance engineers tried to address multiple times, investigators said. Technicians in Bali changed the plane’s angle of attack sensors the day before the crash and the plane was declared fit to fly on to Jakarta. When it arrived there, maintenance crews addressed a problem with the plane’s pitot tubes, the external probes that record airspeed. The plane was again deemed fit to fly. 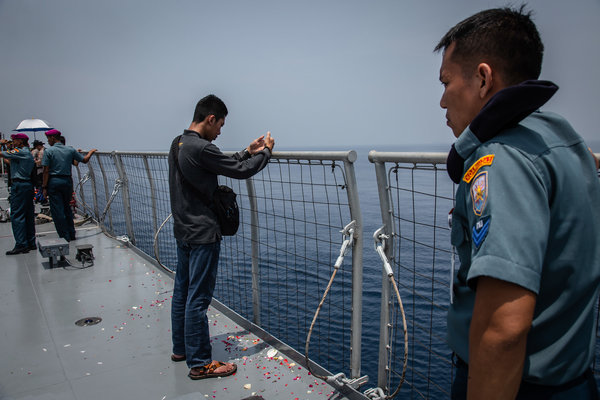 What has been Boeing’s response?

Boeing acknowledged in a statement that Indonesian investigators said the plane had experienced incorrect angle of attack readings. Erroneous inputs from an angle of attack sensor could put a Max 8 into a rapid descent, Boeing said in an advisory to customers. It advised pilots to follow “existing flight crew procedures” if such an event occurs.

Those procedures include switching off electric motors that move the stabilizers in the plane’s tail, which are forcing the aircraft’s nose downward. Pulling the plane back from diving also requires the pilots to take manual control of the aircraft.

The Federal Aviation Administration on Wednesday issued an emergency airworthiness directive saying analysis done by Boeing showed if an “erroneously high” angle of attack sensor reading was fed into the flight control system, it could cause the plane to dive, make it difficult for the crew to control the airplane and lead to “impact with terrain.”

It advised that the “unsafe condition” could “exist or develop in other products of the same type design.”

Where does the investigation go from here?

Further data analyzed from the recovered black box — and from the still-missing one, when found — will could help guide investigators piecing together the plane’s final moments.

Because the Boeing 737 Max 8 is a new model, aviation experts are concerned that the crash resulted from an unforeseen problem.

John Gadzinski, an aviation expert and president of Four Winds Aerospace Safety Corp., said that he would be careful in jumping to any conclusions, but that whenever a new airplane with new automated systems is introduced, there is a potential for error.

“There’s a one-in-a-million chance that an unknown failure mode that they absolutely couldn’t imagine has reared its ugly head and is doing something unexpected,” he said. “So that’s a question that the active investigators and Boeing should be asking now.” 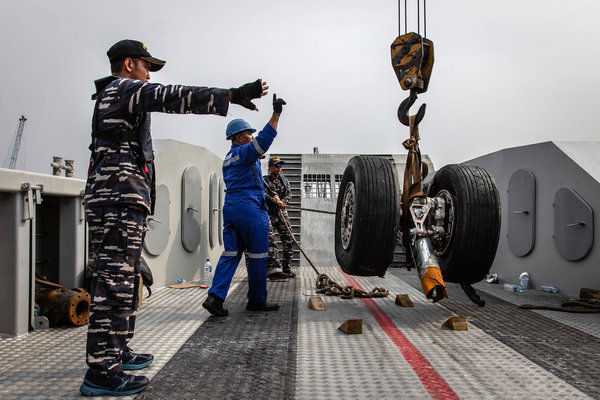 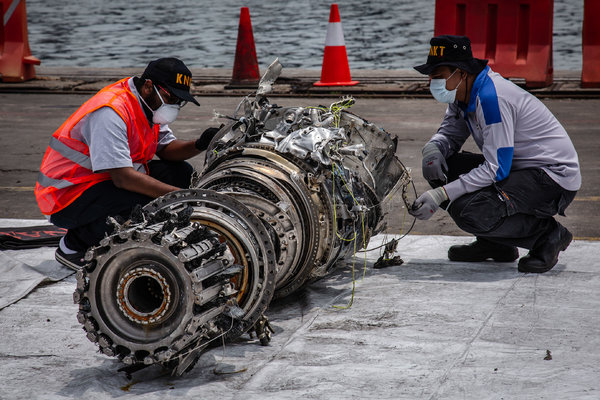 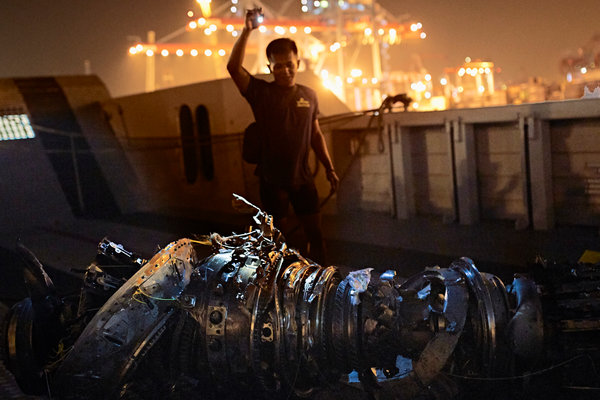 Megan Specia is a story editor on the International Desk, specializing in digital storytelling and breaking news. @meganspecia