What to Know About India’s Coronavirus Crisis

Officially, by the end of April, more than 17.9 million infections had been confirmed and more than 200,000 people were dead, but experts said the actual figures were likely much higher. In the same period, India was responsible for more than half of the world’s daily Covid-19 cases, setting a record-breaking pace of more than 300,000 a day.

For the most up-to-date figures, The New York Times is tracking the latest case counts here. 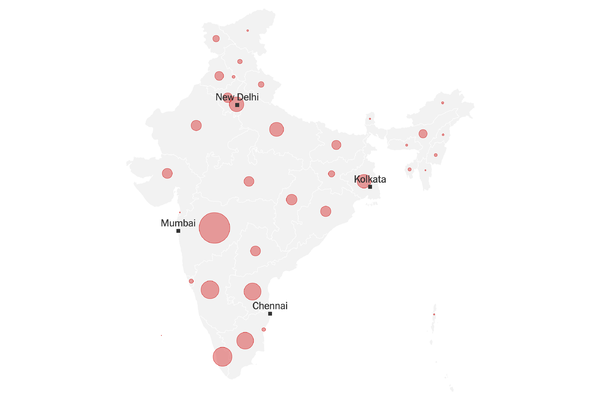 A detailed map shows the extent of the coronavirus outbreak, with charts and tables of the number of cases and deaths.

Is a new variant to blame?

Months ago, India appeared to be weathering the pandemic. After a harsh initial lockdown, the country did not see an explosion in new cases and deaths comparable to those in other countries.

But after the early restrictions were lifted, many Indians stopped taking precautions. Large gatherings, including political rallies and religious festivals, resumed and drew millions of people.

Beginning this spring, the country recorded an exponential jump in cases and deaths.

By April, some vaccinated individuals, including 37 doctors at one New Delhi hospital, were found to have contracted the virus, leaving many to wonder if a more contagious variant was behind the second wave.

Many in India already assume that the variant, B.1.617, is responsible for the severity of the second wave. The variant is sometimes called “the double mutant,” though the name is a misnomer because it has many more mutations than two. It garnered the name because one version contains two genetic mutations found in other difficult-to-control variants.

Researchers outside of India say the limited data so far suggests instead that the variant called B.1.1.7, which has affected Britain and the United States, is more likely to blame.

So far, the evidence is inconclusive, and researchers caution that other factors could explain the viciousness of the outbreak. 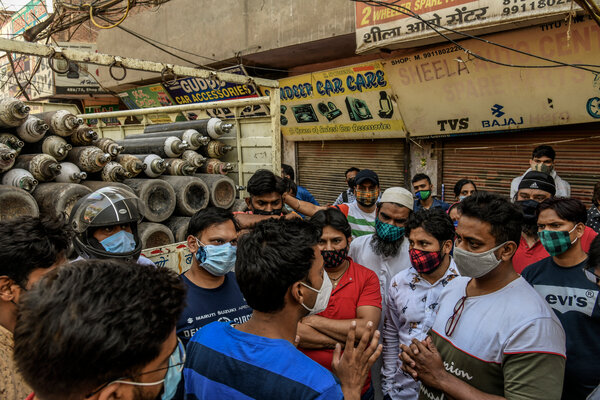 A shortage of oxygen and hospital beds leaves patients scrambling.

Overwhelmed by new cases, Indian hospitals cannot cope with the demand, and patients in many cities have been abandoned to die.

Clinics across the country have reported an acute shortage of hospital beds, medicines, protective equipment and oxygen.

The Indian government says that it has enough liquid oxygen to meet medical needs and that it is rapidly expanding its supply. But production facilities are concentrated in eastern India, far from the worst outbreaks in Delhi and in the western state of Maharashtra, and it can take several days for supplies to reach there by road.

Families of the sick are filling social media with pleas for oxygen as supplies run low at hospitals or because they are trying to administer care at home.

Some in Delhi say they have paid at least 10 times the usual price for oxygen, and the news media have carried reports of cylinders being looted from hospitals.

India makes vaccines for the world, but few Indians have been inoculated.

India is one of the world’s leading vaccine manufacturers, but it has struggled to inoculate its citizens.

Less than 10 percent of Indians have gotten even one dose. Now, the country’s pain may be felt around the world, especially in poorer countries.

India had planned to ship out millions of doses. But given its stark vaccination shortfall, exports have essentially been shut down, leaving other nations with far fewer doses than they had expected.

How can I help?

Charities, volunteers and businesses in India and beyond are trying to help the country’s Covid victims and frontline workers.

(Before giving money to an organization, make sure you feel comfortable with it. In the United States, sites like Guidestar and Charity Navigator grade nonprofits on their effectiveness and financial health.)

Here are a few ways to help.