BERLIN (Reuters) – German retail sales fell unexpectedly on the month in July, data showed on Wednesday, dashing hopes that household spending in Europe’s largest economy will be powerful enough to drive a strong recovery in the third quarter from the coronavirus shock. 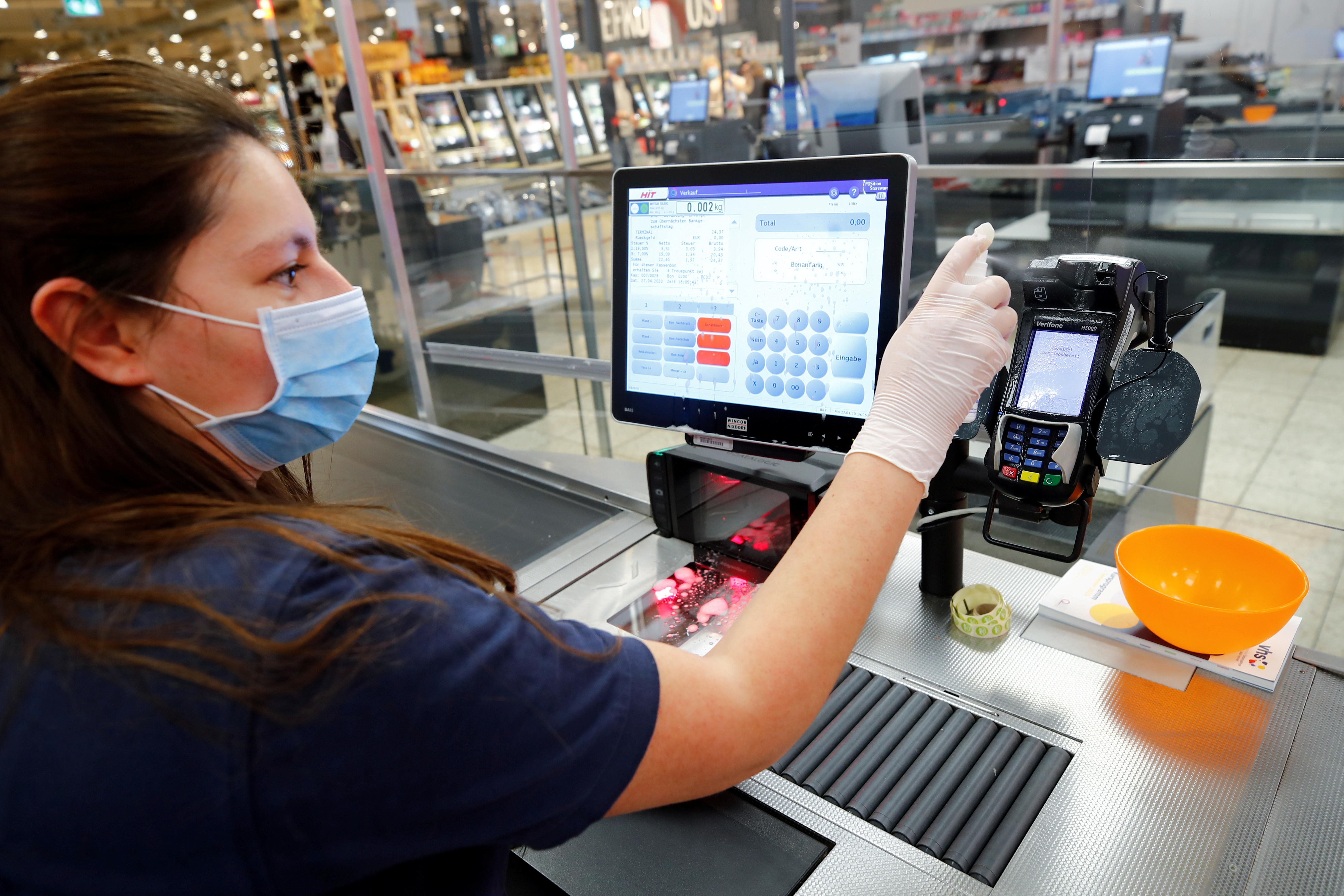 Retail sales were down by 0.9% on the month in real terms after a revised drop of 1.9% in June, calendar-adjusted data from the Federal Statistics Office showed.

This missed a Reuters forecast for a 0.5% increase, though retail sales are a volatile indicator often subject to revision.

The picture was a bit brighter when looking at the development over the past 12 months.

On the year, retail sales rose by 4.2% in real terms after an upwardly revised increase of 6.7% the previous month, the data showed.

Compared with February, the month before the outbreak of the pandemic, retail sales were 0.9% higher in real terms in July, the office said, suggesting that this sector of the economy managed to recover relatively quickly in a V-shaped development.

In the first seven months of the year, retailers increased their sales by 2.6% in real terms despite the crisis.

The data revealed huge gaps within the sector: sales in shops selling textiles, clothes, shoes and leather goods collapsed by more than a quarter in the January-July period whereas online retailers increased their sales by a fifth.

The German economy contracted by a record 9.7% in the second quarter as household spending, company investment and trade all collapsed at the height of the COVID-19 pandemic.

The government has since March unleashed an array of unprecedented rescue and stimulus measures, financed with record new borrowing of 217.8 billion euros, to help companies and consumers recover from the crisis.

The stimulus package includes a temporary cut in value-added tax from July 1 until December 31 to give domestic demand an additional push in the second half of the year.

The government on Tuesday revised upwards its 2020 forecast for the economy to shrink by 5.8% this year from a previous estimate of -6.3%. That would still represent the biggest economic slump since World War Two.