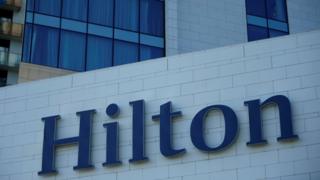 A US-owned hotel in Japan has been criticised by Japanese authorities after it denied the Cuban ambassador a room over fears it would violate US sanctions on Cuba.

The Hilton Fukuoka Sea Hawk told Ambassador Carlos Pereria he could not stay last month because it could not accommodate Cuban government guests.

That prompted a Cuban complaint.

Japanese officials in the city have since told the hotel it was illegal to refuse rooms based on nationality.

The Cuban embassy booked the room through a travel agency, which informed the hotel of the guests’ identity, the Asahi Shimbun newspaper reported.

However when Mr Pereira arrived in the south-western city on a trip to visit Cubans playing for the city’s baseball team he was told he could not stay.

In its subsequent complaint, the Cuban argued that applying US law in Japan encroached on Japan’s sovereignty, the Asahi Shimbun said.

But a Hilton representative in the Japanese capital Tokyo told the Kyodo news agency that the firm had to comply with US law because it was based in the US.

In 2006, the Mexican authorities fined a US-owned Sheraton hotel for expelling a 16-person Cuban delegation from a hotel in Mexico City.

In 2007 a Norwegian hotel, the Scandic Edderkoppen, refused to let a delegation of 14 Cuban officials stay as it was part of a chain that had been bought by Hilton since the Cubans last visited. 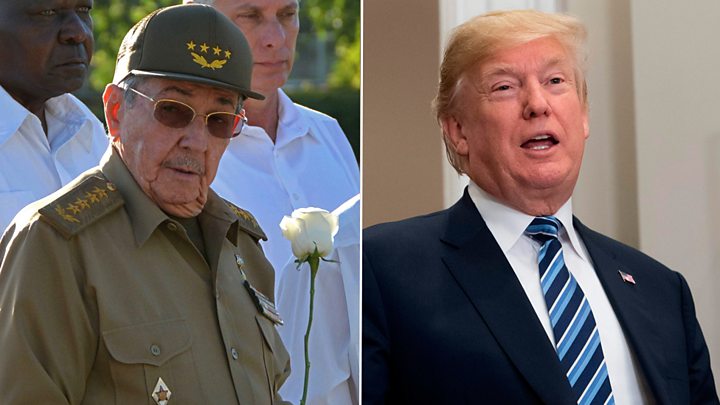 In 2016, under a thaw in relations between the US and Cuba during the Obama administration, the US hotel firm Starwood signed a deal to manage two hotels in Cuba. The two hotels were owned by Cuban state enterprises, the New York Times reported.

However the following year President Trump tightened US policy towards Cuba, banning US visitors to the island from spending money in state-run hotels or restaurants linked to Cuba’s military.