Sabah newspaper reports Saudis targeted CCTV cameras inside and outside consulate where Jamal Khashoggi was killed. 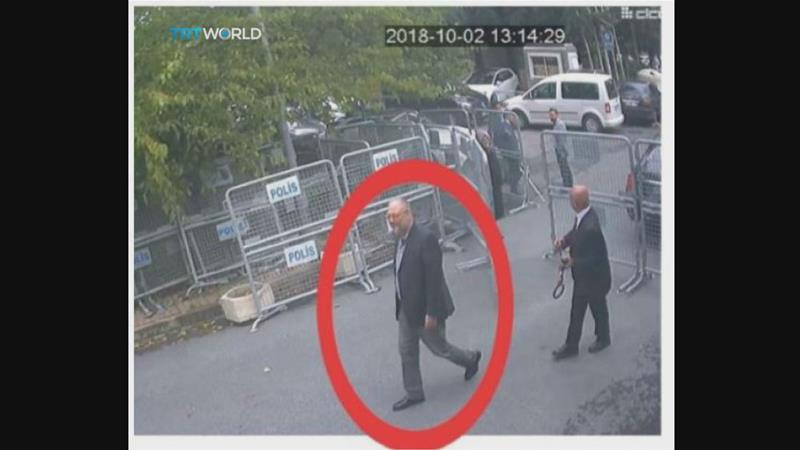 Turkish media have reported that staff at Saudi Arabia’s consulate in Istanbul tried to dismantle security cameras to help cover up the murder of Saudi journalist Jamal Khashoggi.

The pro-government Sabah newspaper reported on Tuesday that the Saudis tried to rip out the camera inside the consulate on October 2, the day Khashoggi was murdered.

They also tried to tamper with cameras at the police security booth outside the building.

Khashoggi, a former Washington Post columnist and critic of the powerful Saudi Crown Prince Mohammed bin Salman, also known as MBS, was killed in the kingdom’s consulate in Istanbul on October 2. His body remains missing.

According to the report, on October 6, at 1am local time, a consulate member staff went into the police security post outside the Saudi consulate to access the video system.

Sabah reported that the staff member put in a digital lock code into the system, which did not dismantle any cameras, rather the code was to prevent access to any videos showing movement at the entrance, including Khashoggi’s arrival at the consulate.

Al Jazeera’s Andrew Simmons reporting from Istanbul said that their attempt was, in any case, irrelevant because the police had already deciphered the coding and accessed the system, retrieving a copy of the video well before the attempted tampering.

“All of this demonstrates, according to Turkish officials, in terms of the … whole set of procedures, that there was an effort by the Saudi Arabian consulate to once again tamper with evidence,” Simmons said.

“This follows a pattern of leaks which demonstrate beyond any doubt, according to the Turks, that the Saudis weren’t out to investigate a murder, they were out to cover it up.”

Turkish authorities claimed last month that security camera footage was removed from the Saudi consulate and that Turkish staff were told to take a holiday on the day Khashoggi was scheduled to visit the consulate to pick up a document for marriage.

On October 23, Turkish President Recep Tayyip Erdogan said in a speech to ruling party legislators in Ankara that the murder was planned days in advance by a Saudi team.

He said that the surveillance system at the Saudi consulate in Istanbul was deactivated on purpose.

“First [the Saudis implicated] removed the hard disc from the camera system,” Erdogan said. “This is a political murder.”

Erdogan said he wanted answers to many questions, such as who gave the orders to kill Khashoggi and what happened to his body.

On Friday, Erdogan said that the order to kill Khashoggi came from the “highest levels” of the Saudi government, but that he does not believe King Salman was to blame.

Mevlut Cavusoglu, the Turkish foreign minister, reiterated on a visit to Japan on Tuesday that it is “obvious” that the 15-member team from Saudi Arabia had arrived in Istanbul with instructions to kill Khashoggi.

However, Turkey has not been able to receive an answer from Saudi Arabia as to who specifically ordered Kashoggi’s murder.

“We have to find out who gave these instructions. This is the simple question that we have put to the Saudis as well. We made it very public. It’s an ongoing investigation,” Cavusoglu said.

Cavusoglu added that Turkey has further evidence regarding Khashoggi’s killing which they have yet to share with the public and that details of his case will continue to be reported to the public until the investigation is complete.