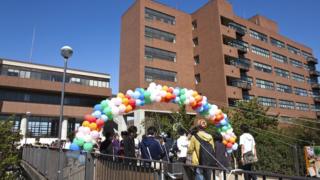 A Japanese men’s magazine has had to issue an apology after publishing a list ranking universities on how easy it is to convince female students to have sex at drinking parties.

The list in the issue of the weekly magazine Spa! prompted outrage.

One woman launched a campaign calling for an apology and for the article to be removed.

It referred to the practice of gyaranomi – drinking parties where men pay women to attend.

The article in the 25 December issue said the parties were popular among female college students and included an interview with the developer of an app intended to help men and women find potential attendees.

“We would like to apologise for using sensational language to appeal to readers about how they can become intimate with women and for creating a ranking… with real university names… that resulted in a feature that may have offended readers,” the magazine said in a statement.

“On issues that involve sex, we will do what we can as a magazine to listen to various opinions,” the statement added.

The article mentioned five colleges where students were “easily available” at drinking parties, and described how to “coax” women and judge whether a woman was sexually available based on her clothing and appearance, reports say.

The petition started by Kazuna Yamamoto on change.org had been supported by more than 33,000 people on Tuesday.

“Japan will be having the first G20 summit this year, 2019, and it is ridiculous for an article such as this to be published. It’s not funny at all,” she wrote on the petition page.

“I would like to fight so that, especially on public articles such as this one, sexualising, objectifying and disrespecting women would stop. We demand Shuukan Spa take this article back and apologise, and promise to not use objectifying words to talk about women.”

Reports cited concerns that many women would not go on to practise medicine.