The attack occurred when the 33-year-old was swimming in Whitsundays’ Cid harbour on the Great Barrier Reef. 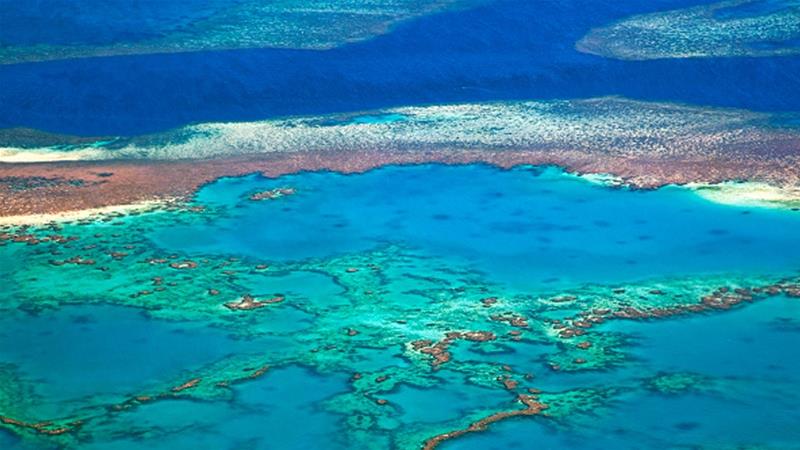 A shark has killed a man in an island harbour on Australia’s Great Barrier Reef where two other tourists were mauled and wounded in shark attacks on consecutive days in September.

The spate of attacks has left authorities struggling to explain an apparent escalation in danger in the internationally-renowned vacation destination.

In a joint statement on Monday, the state’s tourism minister, Kate Jones, and the state minister for Agricultural Industry development and Fisheries, Mark Furner, warned people to not swim in Cid Harbour.

Temporary signs would be urgently installed and permanent signs would follow deterring people from swimming in the popular anchorage location, according to the statement.

The 33-year-old victim of the attack was among 10 friends who sailed out on a rented yacht from the Queensland mainland on a five-day cruise through the idyllic Whitsunday Islands, Police Inspector Steve O’Connell said. 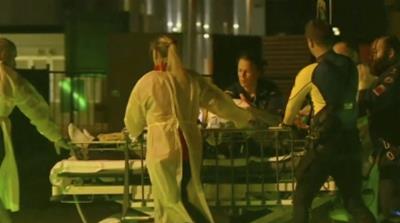 They anchored 23 kilometres from Airlie Beach in Cid Harbour, intending to spend their first night in the protected mooring location on Whitsunday Island, the largest uninhabited island of the group, O’Connell reported.

Late Monday afternoon, the victim was taking turns to paddle board with a friend.

He had dived into the water to give the friend her turn on the board when he was attacked, O’Connell said.

There were more than a dozen yachts around at the time and French-speaking tourists rushed to the man’s rescue on a dingy.

Most of the victim’s company were people with medical backgrounds, including two doctors, who brought him back to his yacht to seek help.

“Despite their best efforts, the injuries were too severe,” O’Connell told reporters.

The victim was taken by helicopter to the Mackay Base Hospital, 100km to the south, where he died.

“Definitely one of the more difficult ones for everyone involved,” McCauley said.

In the same harbour, Justine Barwick, a 46-year-old tourist, was attacked on September 19 while swimming from a yacht; she survived and is now recovering.

A day later, Hannah Papps, 12, was also attacked in the harbour while swimming from a yacht and she lost a leg.

The species of sharks involved in the attacks have not yet been identified and Water Police and fishing boats were patrolling Cid Harbour on Tuesday, advising tourists on yachts to keep out of the water, O’Connell said.

The last shark attack in the Whitsunday Islands before this Australian spring’s spate, occurred on February 13, 2010.

That attack had occurred off Dent Island and 60-year-old tourist Patricia Trumbull survived lacerations to her buttocks and major blood loss.

Tourism Whitsundays Chief Executive Peter O’Reilly had said at the time that the Trumbull attack was the third ever recorded in the islands and the first in 13 years.

Daniel Gschwind, chief executive of the Queensland Tourism Industry Council, which represents more than 3,000 tourism businesses, said on Tuesday that authorities were looking into why the unprecedented series of attacks have occurred and whether environmental changes were a factor.

“We need to now have the scientific background and investigation of what is causing this sudden spike of attacks and interactions with sharks. We simply do not know why this is occurring and what is responsible for it,” Gschwind said.

Authorities killed six sharks in the Cid Harbor area in a week following the September attacks in an effort to reduce their numbers in the popular tourist destination.

Critics took to social media to protest that killing sharks was not the answer and that the predator plays an important role in the ecosystem and the survival of the endangered reef.

Gschwind called for a science-based response to the latest tragedy.

Australia had not experienced a fatal shark attack since April 17 last year and its average of two deadly shark attacks per year that was recorded in recent decades has dropped.