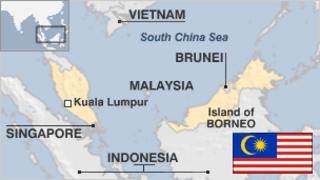 Malaysia boasts one of south-east Asia’s most vibrant economies, the fruit of decades of industrial growth and political stability.

Consisting of two regions separated by some 640 miles of the South China Sea, Malaysia is a multi-ethnic, multi-religious federation of 13 states and three federal territories.

The majority Muslim ethnic Malay are dominant politically, and benefit from positive discrimination in business, education and the civil service, but a large ethnic Chinese minority holds economic power. The communities coexist in relative harmony, although racial and religious divides persist.

The country is benefiting from a growth in manufacturing, and is a major tourist destination, but there are fears that development could harm the environment, particularly the rainforests of northern Borneo, which are under pressure from palm oil plantations and illegal logging.

Sultan Muhammad V was sworn in as the 15th paramount ruler, Malaysia’s head of state, in December 2016. The post of paramount ruler is rotated every five years among the sultans of the nine Malay kingdoms.

Mahathir Mohamad became prime minister in May 2018 following his shock election victory over the coalition that has ruled the country for six decades since independence from Britain.

Mr Mahathir ruled Malaysia with an iron fist from 1981 to 2003. He started his new term at the age of 92 – the oldest elected leader in the world.

His alliance of four parties trounced the Barisan Nasional (BN) coalition of Prime Minister Najib Razak, who was once Mr Mahathir’s protege but became his most bitter rival.

Malaysia has some of the toughest censorship laws in the world. The authorities exert substantial media controls and can impose restrictions in the name of national security.

Most privately-owned print titles are run by parties or business groups allied with the ruling coalition.

The internet is the main platform for free political debate.

Some key dates in Malaysia’s history:

1826 – British settlements of Malacca, Penang and Singapore unite; British begin to establish protectorates over the Malay sultanates of the peninsula.

2003 – Prime Minister Mahathir Mohamad steps down after 22 years in office.