Is this the world’s most eco-friendly school? 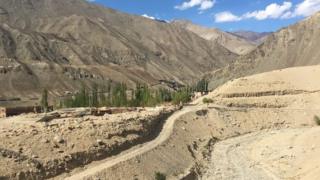 Secmol is a school pioneering practical green education in one of the world’s harshest environments.

Its campus is perched nearly 11,000ft (3,350m) up in the pre-Himalayan mountains along the Indus River in Ladakh, in the Indian state of Jammu and Kashmir. 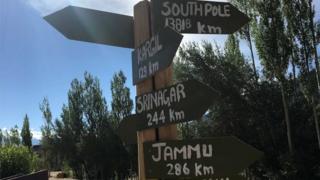 The teenage pupils at Secmol (Students’ Educational and Cultural Movement of Ladakh) lack wi-fi and almost all phone coverage, in an area only accessible by air during the long harsh winter when deep snow renders roads out of the province impassable.

The surrounding mountainous landscape is almost devoid of vegetation as it is above the tree line. 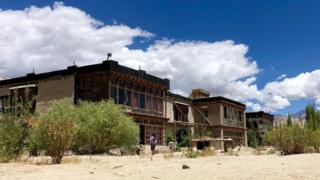 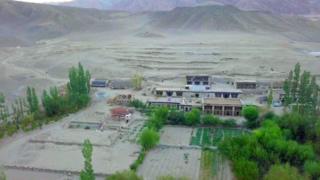 The school even sets its own time zone to maximise sunlight, which also reminds every student and visitor that when they pass the gates they are entering a different world.

Pupils are all from the regular Ladakhi school system and only those who have failed their year 10 exams are permitted to attend. There are also a number of university students who form a core part of the community along with the teachers. 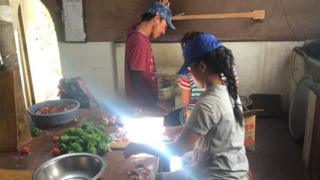 School director Konchok Norgay explained to the BBC that the students learn about the environment for an hour or two each day.

In a typical maths lesson, they may calculate if the water from the spring is enough for tree planting, or work out the efficiency of the solar cooker that they use for heating water. 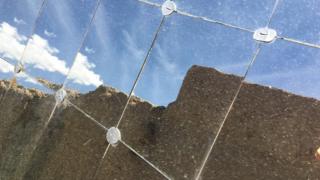 The solar cooker looks impressive, with mirrors crafted to catch the harsh sunlight, focusing their power to create intense heat.

But it is currently only used to boil water for tea. 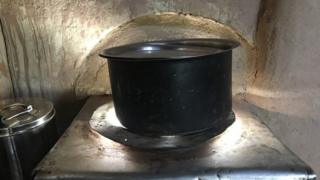 Norgay proudly showed off his experimental biogas methane digester, which is powered by slurry.

Dung is mixed with water and then placed in a long tube and left for several days. 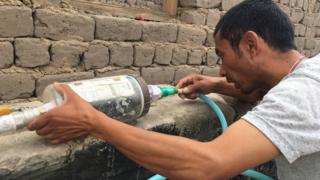 The gas rises to the top, and is filtered through steel wool to ensure the gas does not corrode the oven, before reaching a plastic inflatable reserve tank.

“It’s fantastic as not only do you use less commercial gas, but you use natural materials instead,” student Stanzin Sungrab says. “And we can use the slurry waste as fertiliser in the kitchen garden.”

Each student must perform daily responsibility shifts and develop their confidence with nightly presentations to the rest of the school and visitors.

Stanzin has spent many hours developing relationships with Karjama, Thotkar and Sheyma, the campus cows. 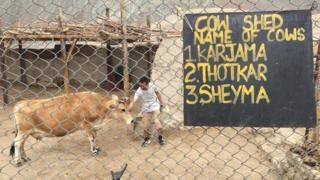 When students are not on the 04:00 breakfast preparation shift, the day starts at 07:00 with a seven-minute group meditation.

Students are encouraged to focus on goals for the day over a meal of cold roti bread and homemade apricot jam.

The apricot stones are sent to a neighbouring monastery, where the kernels are recycled into apricot oil. 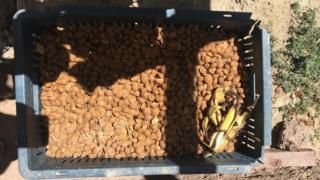 Innovation is hard-wired into the architecture of the campus, challenged by an environment where winter temperatures typically reach -15C to -25C, and summer can often peak at 30C.

Ladakh has longstanding environmental credentials – even if the recent sprouting of large concrete hotels and increasing pollution in the capital Leh are challenging its green record.

Sonam also believes local Buddhist culture helps promote environmental awareness. “We try to be compassionate as we believe in Karma – cause-and-effect. If you do wrong to anyone else or the environment, wrong will come to you.” 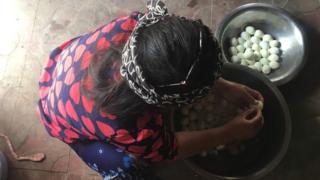 Secmol is an impressive school, but how far can its lessons extend beyond its innovative but isolated campus?

Urgain Nurbu, a former Secmol student who is now living on campus again, has been so inspired by what he learnt that he organised an environmental youth camp in his remote village. One graduate has started her own eco-travel company, another makes environmentally-themed films. 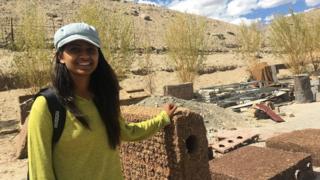 She is part of a team designing a new university in the area which plans to teach eco-tourism and green architecture, scaling the influence of ideas nurtured in Secmol’s pioneering atmosphere.

For now, the school’s impact is achieved by transforming individual mindsets to create a sense of shared responsibility.

“My grandfather told me how quiet and beautiful our village used to be and there were fish in the river,” student Padma Doma told the BBC.

“That’s why it’s so important to me to protect our precious environment. In the future, maybe it can be like that again. 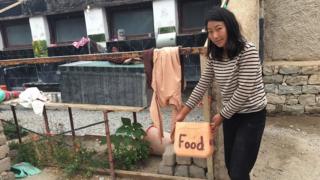 “I want to go home and convince my family to segregate their garbage. Will they listen? Perhaps not, but I will try, and if I see somebody throwing away a packet, I will pick it up.”

Stanzin feels this is “a really critical time for our planet”.

As the environment is so harsh, Ladakhis are very conscious of subtle changes in the weather, and have become increasingly aware of climate change, he says.

“Last year, we didn’t have much snow so there’s not enough snowmelt in the springtime. Because we are so high up and everything must be treasured, you learn to understand the value of the smallest drop of water.” 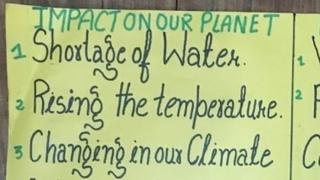 All photos Emily Kasriel unless indicated. Subject to copyright.