Imagined as a Blockbuster in China, ‘Mulan’ Fizzles

Disney’s live-action remake had already drawn a global backlash. Chinese audiences mocked it for other reasons, including historical inaccuracies and stereotyping. 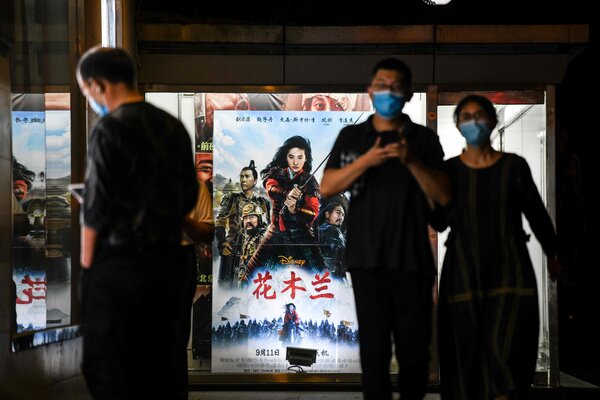 Disney had been pinning its hopes on its $200 million live-action remake of “Mulan” as a way to finally deliver a blockbuster that resonated culturally with moviegoers in China, the world’s No. 2 film market.

But when it arrived, Chinese moviegoers had a litany of complaints.

The filmmakers were trying too hard to pander to China, but did not try hard enough to get their historical facts right. They made Mulan too westernized yet still succumbed to Orientalist stereotypes. They cast popular Chinese actors yet gave them lines in English that felt awkward in a Chinese setting.

“The movie is a waste of Mulan’s innocent name; it really is heartbreaking,” Qiu Tian, 30, a psychology teacher at a Beijing university who recently saw the movie, said in an interview. “The director completely misunderstood Mulan and stubbornly twisted her character into this role as an extreme feminist and hero.”

It showed in ticket sales, bringing in a tepid $23 million in its opening weekend. That was enough to lead the country’s box office — it was the only major release — but was far from the home run that company executives had sought.

The mixed reception for “Mulan” in China underscores the enduring challenge that Hollywood faces in trying to make films about Chinese stories that have both broad appeal and the ability to captivate moviegoers in China, its most important overseas market. Hitting that sweet spot has become even more difficult in recent years, as Chinese moviegoers show an increasing appetite for more overtly patriotic fare like “Wolf Warrior 2” (2017) and “The Wandering Earth” (2019), two of the top three highest-grossing films in China. 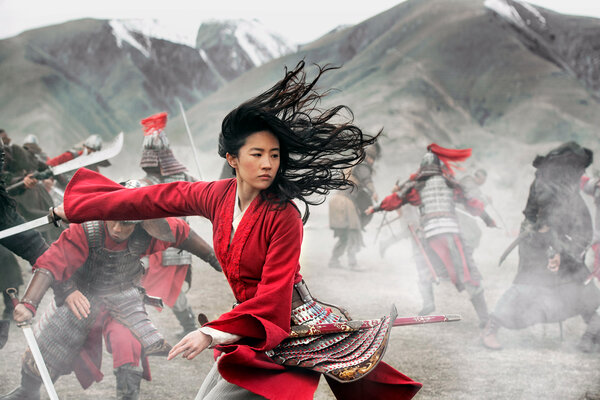 Most cinemas in China are operating at only 50 percent capacity to help prevent the spread of the coronavirus, but “Mulan” faced several additional obstacles. Piracy and the recent resumption of the school year did not help ticket sales, Chinese industry analysts said. Officials also ordered media outlets to limit coverage of the movie when word began to spread that some scenes had been shot in Xinjiang, the far western Chinese region where Muslim minorities live under severe repression. That news, which set off a global backlash, dimmed the spotlight on the film in a moment when it most needed to generate buzz.

But the weekend’s takings in China could carry a particular sting for Disney, considering how far it went to try to make the film a hit with Chinese audiences.

The studio hired a team of consultants and historians. The filmmakers cut a kiss between Mulan and her love interest after a Chinese test audience objected to the scene. They also shot scenery in 20 locations across China.