HONG KONG — A cultural venue run by a nonprofit organization with close ties to the Hong Kong government has abruptly canceled plans to host two events featuring an exiled Chinese writer, in what some saw as the latest sign of eroding freedoms in the city.

The cancellation came just days before the writer, Ma Jian, was scheduled to speak at the Tai Kwun Center for Heritage and Arts as part of the annual Hong Kong International Literary Festival. It left festival organizers scrambling to find a new venue for the Saturday events.

“We do not want Tai Kwun to become a platform to promote the political interests of any individual,” Timothy Calnin, director of Tai Kwun, said in a statement sent to reporters on Thursday. “We have therefore worked closely with the Hong Kong International Literary Festival to find a more suitable alternative venue.”

Mr. Ma, 65, who is currently based in London, was scheduled to speak at a panel discussion on Hong Kong literature as well as give a talk about his new novel, “China Dream.” Published in Britain last week, the book, whose title refers to the signature propaganda catchphrase of Xi Jinping, the Chinese president, was described by the publisher as a “biting satire of totalitarianism that reveals what happens to a nation when it is blinded by materialism and governed by violence and lies.”

While Tai Kwun, which is financed and operated by the Hong Kong Jockey Club, did not make specific reference to Mr. Ma in its statement, the venue’s decision to pull out of the events came after the author wrote in a Twitter post last week that publishers in Hong Kong had declined to publish “China Dream” — “the first time that’s happened to one of my books.”

Speaking by telephone from London, several hours before his flight to Hong Kong, the writer accused Mr. Calnin of “turning a literary festival into a political matter.”

“He hasn’t even read the book yet and he has already passed a political judgment,” said Mr. Ma.

Mr. Ma’s books have been banned in mainland China ever since his first novella, “Stick Out Your Tongue,” a collection of short stories about the Han Chinese occupation of Tibet, was published in 1987. Mr. Ma, an outspoken critic of the Communist regime whose other novels include “Red Dust” and “Beijing Coma,” lived in Hong Kong for a decade as a dissident before moving to Germany and then London.

Though he has been barred from entering mainland China since 2011, Mr. Ma, a British citizen, said he has permanent resident status in Hong Kong, and he spoke at the Hong Kong International Literary Festival as recently as 2013. 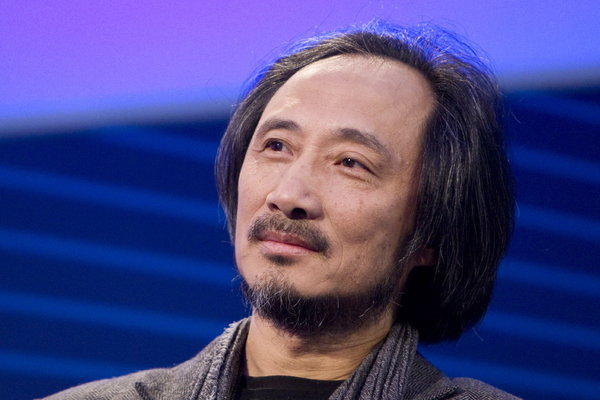 Tai Kwun’s last-minute decision to withdraw from the events comes amid growing concerns about the future of the semiautonomous Chinese city as a haven for rule of law and civil rights in Asia. Last week, the political cartoonist Badiucao, whose works satirize leaders of mainland China and Hong Kong, called off a solo exhibition in Hong Kong one day before its opening after receiving threats from the Chinese authorities.

Last month, the Hong Kong authorities expelled Victor Mallet, an editor at The Financial Times, a decision that was widely seen as retaliation for Mr. Mallet’s role in hosting a talk with a local independence advocate at the Foreign Correspondents’ Club of Hong Kong in August.

And in recent years, Hong Kong-based publishers have come under increasing pressure, particularly following the disappearance in 2016 of several booksellers who sold gossipy titles on China’s political elite.

“Before, Hong Kong was a haven for arts and literature — a place where we felt like we could hide from China and find true freedom of thought,” said Mr. Ma. “But now that era is slowly disappearing.”

The Tai Kwun Center for Heritage and Arts opened in May after an eight-year, $484 million restoration of the 19th-century central police station compound undertaken by the Hong Kong Jockey Club, the city’s sole legal betting operator and largest charitable organization, in close cooperation with the city government.

In 2016, the Jockey Club drew criticism when it announced a donation of $451 million to open a local branch of Beijing’s Palace Museum, fueling concerns about the mainland government’s growing efforts to assert its influence in Hong Kong. The museum is expected to be completed by mid-2022.

Tai Kwun is the primary venue for this year’s Hong Kong International Literary Festival, which runs through Sunday. Many criticized its decision to pull out of Mr. Ma’s events.

“The cancellation appears to be at the very least an act of self-censorship, which would add to a growing list of incidents of suppression of free expression in Hong Kong,” Jason Y. Ng, president of PEN Hong Kong, said in a statement. “It is all the more jarring that the decision was made by a publicly funded venue that claims to celebrate and support the arts and creativity.”

It was not the first time a cultural institution in Hong Kong has altered its program because of concerns about politicization. In 2015, the title of an exhibition of contemporary Chinese art at M+, Hong Kong’s publicly financed, long-planned “museum of visual culture,” was changed from the more challenging “Right Is Wrong” to the straightforward “M+ Sigg Collection: Four Decades of Chinese Contemporary Art” after museum committee members raised concerns.