From Mao Zedong to Xi Jinping

The Australia Letter is a weekly newsletter from our Australia bureau. Sign up to get it by email. This week’s issue is written by Jane Perlez, who grew up in Australia and covered China for The New York Times from 2012 to 2019.

Her first visit to the country was in 1966 as a university student, and she described her experience spanning the decades in an essay for a new book, “The Beijing Bureau,” which chronicles China’s evolution through the eyes of 25 Australian foreign correspondents.

Here is an excerpt from her essay, “Father and Son.”

Xiaolu was different from the rest of what is known as the princeling class — the sons and daughters of the privileged founders of the Chinese Communist Party (CCP). Xiaolu was easygoing, approachable, willing to talk to outsiders and even slightly candid about what was going on in the upper echelons of the party under the newly installed Xi Jinping. We would meet at an Italian restaurant, where he ordered the same spaghetti dish followed by ice cream every time. His English was passable — he had served as a military attaché at the Chinese Embassy in Britain many years before.

He was by then a senior executive at Anbang, an insurance conglomerate that had risen very fast and then diversified. Executive may be too strong a word. It seemed he was more of a door opener, the guy with connections, but not the guy with the business acumen. He eschewed the tailored suits, coifed hair and polished shoes of Beijing’s business class. He would turn up to lunch in a casual shirt, a gray buzz cut and an unfashionable fabric shoulder bag.

At our first couple of lunches, Xiaolu was relatively circumspect, but I could sense that he had reservations about Xi. As children, they had lived in the same elite compound, Zhongnanhai, located on the edge of Tiananmen Square. Their fathers were both prominent in the pantheon of great men under Mao.

Xiaolu suggested that Xi’s first major initiative, a sweeping anticorruption campaign among party officials, was actually a political purge. Officials had been rendered terrified to make decisions. Bureaucrats were scared of each other. He also made negative comments about Document 9. Released soon after Xi came to power, it listed the Western ideas — constitutional democracy, universal human rights — that the party defined as unacceptable in China. Document 9 was an early signal from Xi that liberals were in for a stormy period. It showed Xi’s determination to enforce authoritarian rule. Xiaolu seemed profoundly disappointed.

Not long after we met, he did something extraordinary. He made a public apology for his transgressions as a high school student during the Cultural Revolution. In August 2013, he made a post on a blog site of his high school alumni confessing to mistakes he made while he was a Red Guard. He had been responsible for sending his school principals, and some teachers and students, to “forced-labor re-education.” 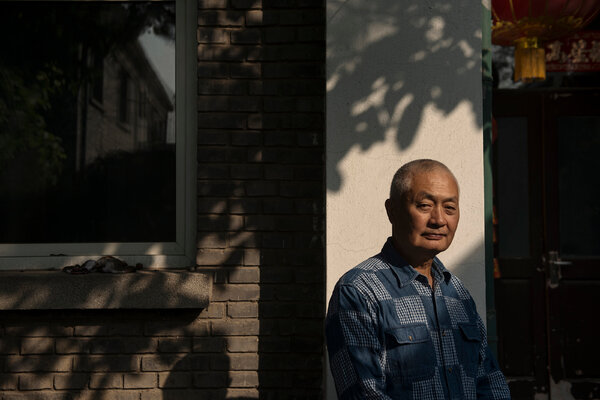 But Xiaolu was all alone in his penance. Few people rallied around him. Social media remained silent. Perpetrators of violence during the Cultural Revolution remain unpunished to this day.

As Xi Jinping was preparing for his first official visit to Washington in 2015 and a state dinner at President Barack Obama’s White House, I consulted Xiaolu again. By that time Xi was close to full stride as an ambitious ruler, both for himself and the country. He was actually quite transparent about his goals. The Obama administration did not seem to quite understand the scale of Xi’s ambitions; if they did, they decided not to do anything about it.

The Chinese Navy was making incursions close to Japan and in the South China Sea with impunity. China’s technology advances were obvious. With great fanfare, Xi had launched the Belt and Road Initiative, and the Asian Infrastructure and Investment Bank, two Chinese institutions designed to challenge the West.

Much of what Xiaolu told me over lunch — just a week before Xi took off for his U.S. voyage — unfolded precisely as he described it.

China now had enough power to look after its own interests around the world, Xiaolu said. “What will the U.S. do about it?” he asked, predicting that the answer during the Obama administration would be not much.

The inherent message: The Chinese leadership saw the U.S. in decline. He noted anti-Western sentiment is everywhere in the Chinese media. The trend was for China and the U.S. to “grow apart — and Xi is not doing anything to change that.” Russia and China were growing closer and closer. “Perhaps China will get a base in northern Russia and we can fly close to the U.S. from there.” Soon there would be a tacit alliance between China and Russia, he said.

When dessert came, Xiaolu said: “The long-term trends are clear. On every single thing, the U.S. and China are taking a different policy, relations are getting more and more strained.

“I’m not very happy about it but I can’t do anything.”

As tensions rose between Washington and Beijing, I saw less of Xiaolu. I knew it was difficult for people of his rank to be seen in informal settings with Western reporters. And the company he was associated with, Anbang, was becoming a hot potato. It had started out as an insurance conglomerate, then morphed into a holding company for all sorts of businesses, including U.S. trophy real estate.

Xiaolu insisted he was not a working executive at Anbang. He was just an adviser. One of his friends told me that Xiaolu had no business training; he was not involved in Anbang’s operations. He was a consigliere for the company, the friend said.

But there was one obvious way Xiaolu took advantage of the company. He would love to tell of his exotic travel: a sea cruise up the west coast of Africa, a trip to Antarctica and visits to golf courses in Scotland. We joked at our last lunch that he would be able to get a good room at the Waldorf Astoria, the landmark hotel in New York City acquired by Anbang.

Starting in 2017, things started to fall apart for Anbang, and for Xiaolu. The chairman of the company, Wu Xiaohui, who was married to a granddaughter of Deng Xiaoping, the powerful post-Mao leader of China, was investigated by the government. He was dismissed from the company and sentenced in 2018 to 18 years in jail.

In March that year, Xiaolu died. The circumstances were murky. Friends said that as Anbang was investigated by the government — read, higher echelons of the Communist Party — Xiaolu was put under house arrest in Shanghai. After some months, he was allowed to leave wintry Shanghai for a short stay in the warmer climate of Hainan island. There, he suffered a heart attack. Efforts to save him at a local hospital failed. He was 71 and in good health, friends said, until the year before. They assumed the stress of the investigation into Anbang killed him.

His death in some way brought together two distinct yet indivisible strands of China’s recent history, which I have now known for quite a while: its modern, world-beating, moneymaking ambition, which has been grafted upon the immutable rootstock of the Communist Party.

Here are our stories of the week:

Peter Warner, Seafarer Who Discovered Shipwrecked Boys, Dies at 90. That story, which has sometimes been called a real-life “Lord of the Flies,” was just one episode in a life filled with adventure.

A Global Tipping Point for Reining In Tech Has Arrived. Never before have so many countries, including China, moved with such vigor at the same time to limit the power of a single industry.

These Countries Did Well With Covid. So Why Are They Slow on Vaccines? Japan, South Korea and Australia have inoculated tiny percentages of their populations. The delays risk unwinding their relative successes.

The Death of George Floyd Reignited a Movement. What Happens Now? Calls for racial justice touched nearly every aspect of American life on a scale that historians say has not happened since the civil rights movement of the 1960s.

How the Super League Fell Apart. Frantic phone calls, secret meetings and high-stakes threats: The inside story of how a billion-dollar European soccer superleague was born, and then collapsed, in less than a week.

There’s a Name for the Blah You’re Feeling: It’s Called Languishing. The neglected middle child of mental health can dull your motivation and focus — and it may be the dominant emotion of 2021.

Liz Cheney vs. MAGA. The Wyoming congresswoman challenged Republicans to turn away from Donald Trump after Jan. 6. Instead, they turned on her.

Jake Paul Promised Them Fame. Was It Worth the Price? In the vast world of YouTube villains, there may be none as famous as Mr. Paul. Here’s a look behind the scenes at life in his Team 10 house.