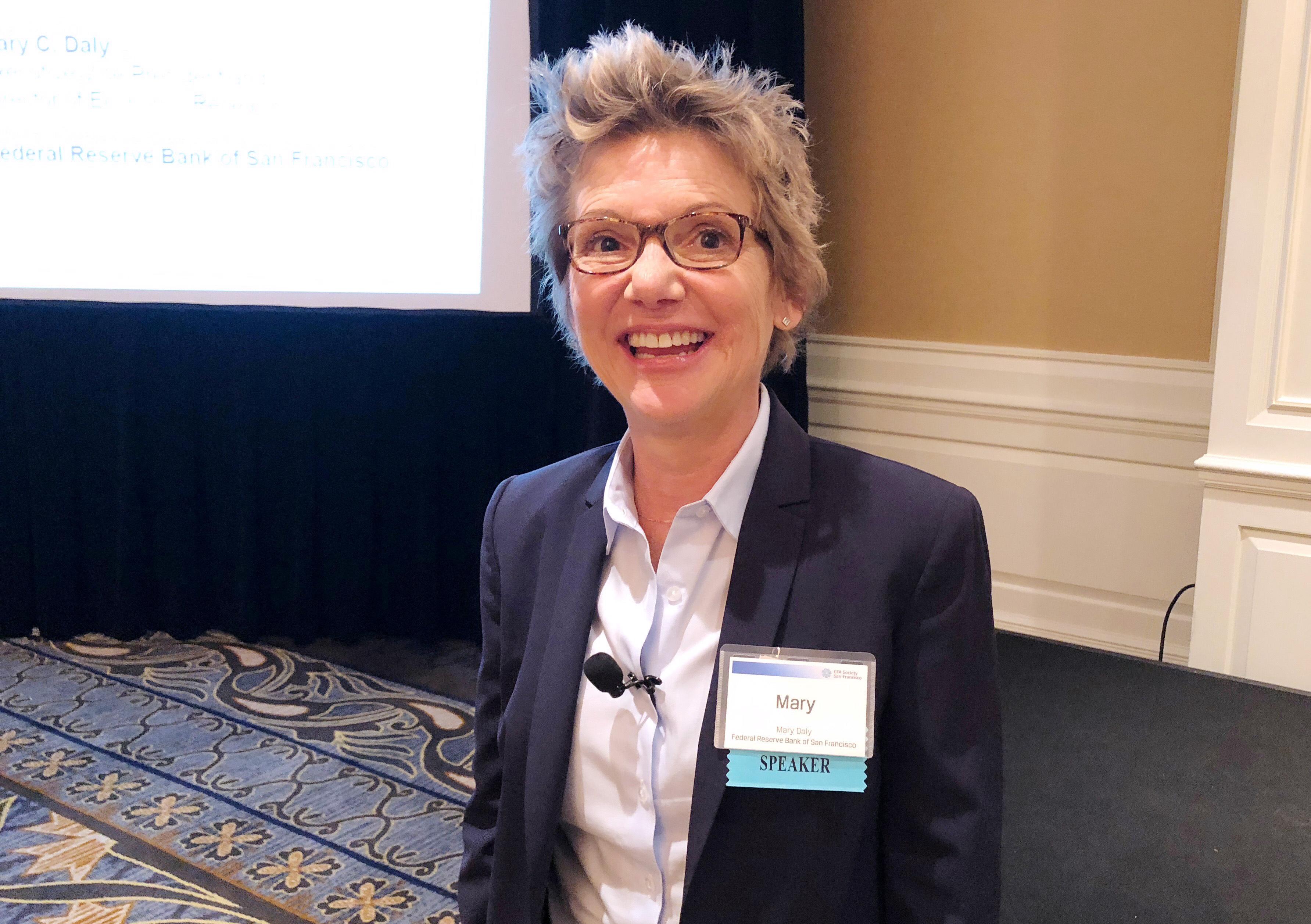 (Reuters) – The recent expiration of the U.S. government’s enhanced unemployment benefits of $600 a week could impact families and the broader economy by removing income that was used to pay for rent, groceries and other debts, San Francisco Federal Reserve Bank President Mary Daly said on Wednesday.

“It creates the potential for a hole, a little bit of a hole in consumer demand and consumer spending,” Daly told reporters Wednesday. “We have evidence that suggests they were spending those resources to pay rent or to buy food or to buy other consumer goods.”

Daly said recent economic data suggests consumers are already starting to pull back on activities as their benefits shrinks and coronavirus infections rise, leading to new restrictions. “I also hear from my contacts that they’re seeing foot traffic and other things just slow as people become aware that the virus isn’t behind us,” she said.

The economic crisis caused by the virus is turning out to be more prolonged than initially expected, increasing the need for Congress to provide a “bridge” that gets consumers and businesses through the downturn, Daly said. Bankruptcies and insolvencies could rise in the fall as some businesses close permanently and others struggle to catch up on rent and other debts, she said.