KANSAS CITY, Mo (Reuters) – The U.S. Federal Reserve is likely to leave interest rates on hold throughout 2020 absent an economic shock, Fed Governor Michelle Bowman said on Thursday in remarks that included a bullish outlook for an ongoing rebound in the housing sector. 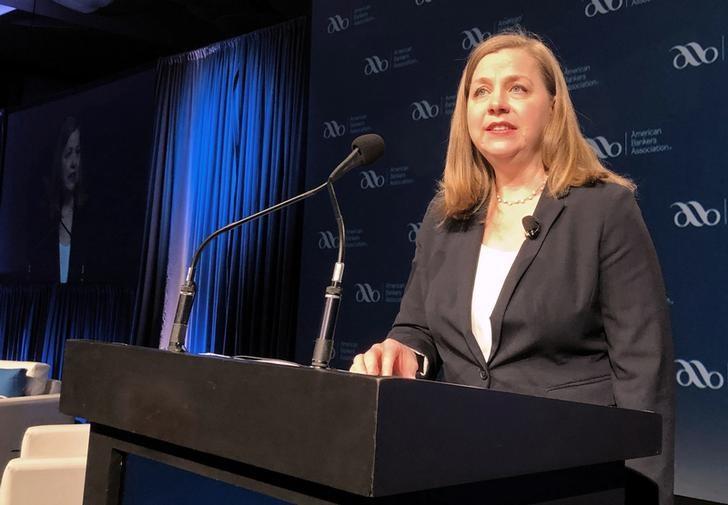 Bowman told members of the Home Builders Association of Greater Kansas City their industry could look forward to a continued lift from low interest rates, a critical factor in the demand for new houses.

“Low interest rates will continue to be a key factor supporting growth in housing activity,” Bowman said. The Fed’s current policy rate is “likely to remain appropriate this year as long as incoming information remains broadly consistent” with the current outlook for continued low unemployment and ongoing modest economic growth.

“The U.S. economy is currently in a good place,” and the expectation is for it to remain there, Bowman said.

The Fed cut interest rates three times last year, setting the target policy rate at a range of between 1.5% and 1.75%. That was largely done to protect against a possible sharp downturn as slowing global growth and an intensifying U.S.-China trade war raised risks to the U.S. economy.

Those risks have faded somewhat – the United States and China signed an initial trade deal this week. But policymakers have said they plan to leave rates unchanged as they evaluate the response of the economy to those cuts, and unless there is a “material reassessment” of the U.S. economic outlook.

How deep a reassessment or how long that evaluation might last has not been defined.

Some regional bank presidents have suggested rates will not change at all in 2020, and Bowman, a member of the Washington- based board of governors, leaned in that direction as well.

Investors expect the Fed to make another interest rate cut this year, but probably after the November presidential election.

Coupled with a rise in family formation amid strong employment, and renewed interest by younger families in buying, Bowman said the housing industry should boost national economic growth after years of lagging in the wake of the 2007 to 2009 financial crisis.

Fixed residential investment added to growth in gross domestic product in the third quarter of 2019 for the first time since late 2017.

“We have seen a rise in the rate at which young adults are moving out of their family homes and forming households of their own,” Bowman said. “The most recent housing data have been encouraging: Both new and existing home sales moved up strongly in the second half of 2019…Permits for new residential construction, which had been sluggish early last year, recently moved up to highs for this expansion.

“In all, the national indicators suggest a positive growth outlook for the housing sector over the next several quarters.”

US to unveil crackdown on counterfeit, pirated e-commerce goods