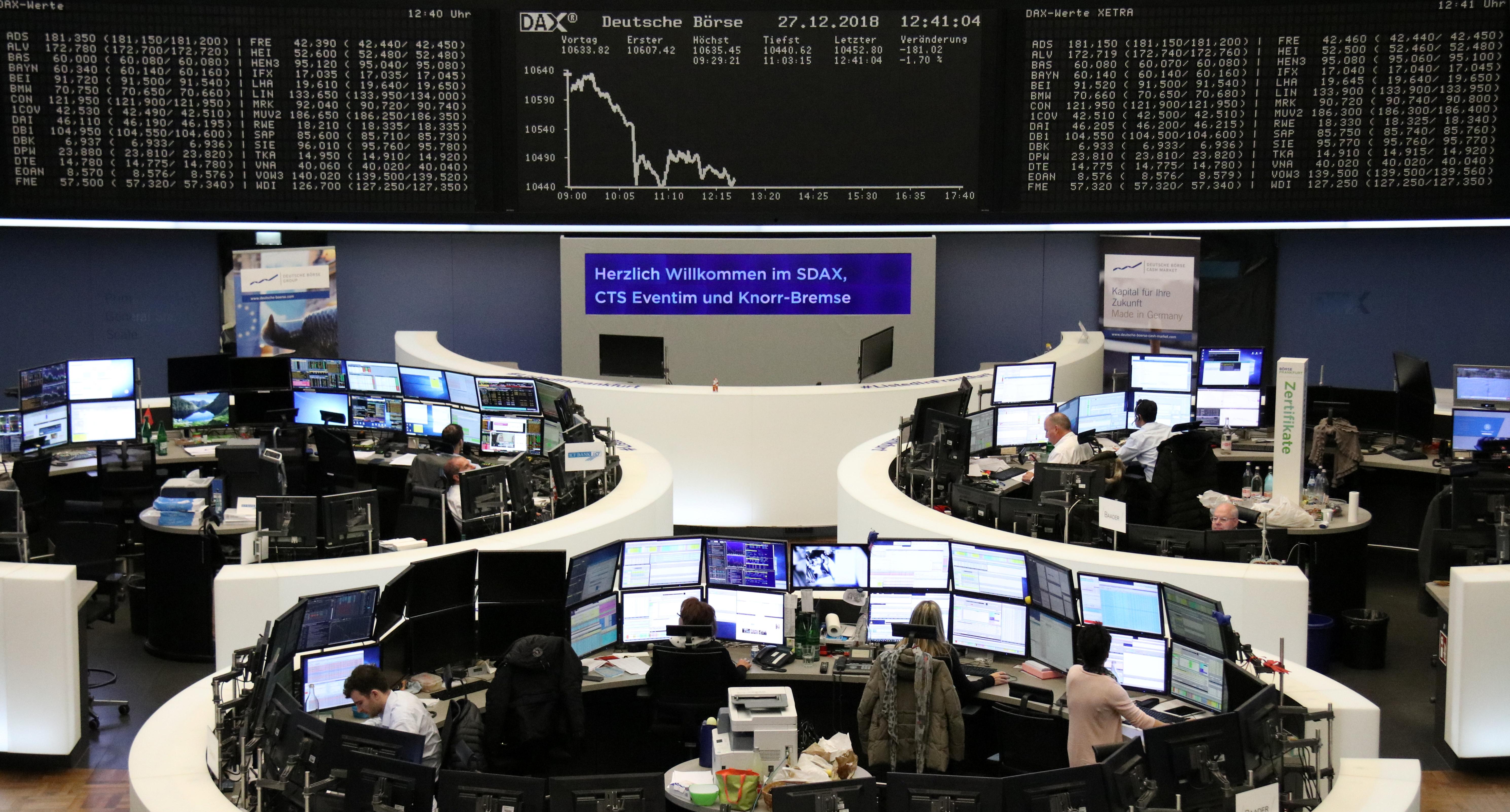 While sentiment had already been hit by disappointing data from China, fresh surveys showed Euro zone manufacturing activity barely expanded at the end of 2018 in a broad-based slowdown.

U.S. futures also pointed to losses above 1.5 percent on Wall Street this afternoon on the main indexes.

“Following the worst year in a decade for global equities, it’s little surprise to see a tentative start to 2019,” wrote Neil Wilson, an analyst at Markets.com, warning its clients that “investors should be prepared for more volatility ahead”.

In terms of sectors, the laggards of 2018 were taking the biggest hits. Miners, autos, banks fell and investors dumped the cyclical parts of the market most exposed to a slowing global economy.

The European oil and gas sector .SXEP was down 1.6 percent while oil markets slid by around 1 percent pulled down by surging output in the United States and Russia and concerns about weak demand.

In Italy, market watchdog Consob suspended trading in shares of Banca Carige (CRGI.MI) while the European Central Bank appointed temporary administrators in a bid to save the struggling lender after it failed to raise capital late last year.

The Italian banking sector .FTIT8300 was down 2.3 percent but no more than the Euro zone sector .SX7E.

Among big losers, medical equipment maker Gerresheimer (GXIG.DE) was down 4.8 percent after JP Morgan cut its rating on the stock to “underweight”, according to traders.