ECB could surprise market by not tapering in 2019: DWS EMEA CIO 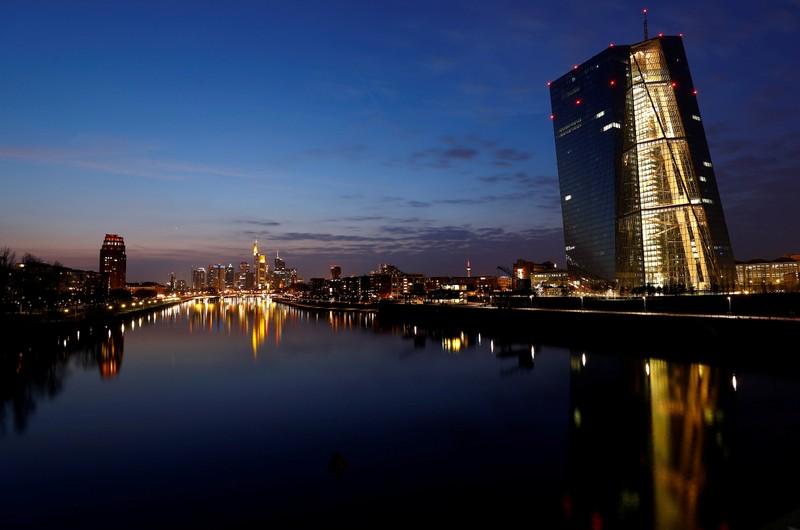 Georg Schuh, chief investment officer for EMEA at the 700 billion euro asset manager, told the Reuters Global Investment Outlook Summit that markets could be surprised by the ECB going down a similar path to the Bank of Japan, rather than the U.S. Federal Reserve which is tightening its policy.

The ECB has been gradually winding down its stimulus program – launched to revive the euro zone economy and avoid deflation after the debt crisis – and its asset purchases will end this year.

However, Italy’s worsening economic outlook and the government’s backing for higher budget spending in a dispute with Brussels have caused yield spreads between Italian and German government debt to widen, reigniting concerns of a rift between core and periphery euro zone economies.

“The surprise for markets next year could be that the ECB is not tapering,” Schuh told the summit held at the Reuters office in London.

The BOJ promised in July to keep interest rates very low for an extended period as inflation remains far off its 2 percent goal.

Schuh said the ECB would be the most important issue for EMEA capital markets next year, especially as a new chief to succeed Mario Draghi is likely to be decided by mid-2019 and in October at the latest.

“In the end, it’s again and again only the ECB who is the backstop for any potential dangerous spread widening,” said Schuh, arguing the euro zone has very few tools outside of the ECB to control the Italian situation.

“I could even imagine that we might get a rate hike but maybe in the background there could be some preparation of QE,” he added, saying easing measures could include raising the issuer limit of high-grade countries or buying financial bonds.

If these measures are discussed and the rate rise is questioned, it could take 5 to 10 cents off the euro-dollar rate, Schuh predicted. DWS’s base case remains for an ECB rate increase in September or the fourth quarter of next year.

FROM FAANGS TO BATS

Schuh’s biggest concern for global markets is monetary tightening driving shrinking global liquidity. The main guiding principle in this environment is “selling the highs” rather than buying the lows, and cutting exposure to global equities and high-yield bonds, he said.

Exposure to U.S. equities – growth and technology sectors in particular – should be cut and money should be invested in Asian tech stocks, he said.

“It’s a risky strategy” because usually Asian and U.S. tech are highly correlated, he said, but sharp drops in Asian tech stocks this year due to trade wars mean much of the risk may be priced in.

Chinese tech companies also have a better earnings outlook and a big advantage over Western peers due to less stringent protocols on data usage, he argued. This could help, for instance, in the development of driverless vehicles.

“China, given its view toward data security, data usage and morality, is the place that they get ahead in terms of autonomous driving,” said Schuh.

Brexit has some similarities with the tech armageddon panic that preceded the year 2000, Schuh said, shrugging off the possibility of a no-deal cliff-edge British exit from the European Union.

“The risk is lower than markets think that we get to a total standstill,” he said, arguing that a deal between London and Brussels could be achieved.

“Constructive” on the pound, he saw a boost from this relief potential as well as a chance of a win-win from Brexit for the UK in the longer term. “The very long term outcome could be a re-industrialization of Britain, a rethinking of the business model,” said Schuh.

Britain’s dependence on services and financial services in particular will lessen, but this could be compensated for by boosting other sectors such as tech and pharmaceuticals, and the UK would find it relatively easy to strike trade deals with other regions, he predicted.

If fear in the market ramps up with no Brexit resolution by February or March and volatility is high, then Schuh said he would invest in both the pound and equities, adding that DWS is still a little bit under-invested toward a UK rebound.

Schuh also said that for next year:

** Value and high dividend equities in Europe were most attractive

** There will be no further big escalation of the trade conflict