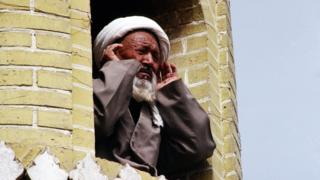 China is facing growing criticism over its persecution of some Muslim minority groups, huge numbers of whom are allegedly being held in internment camps.

In August, a UN committee heard that up to one million Uighur Muslims and other Muslim groups could be being detained in the western Xinjiang region, where they’re said to be undergoing “re-education” programmes.

The claims were made by rights groups, but China denies the allegations. At the same time, there’s growing evidence of oppressive surveillance against people living in Xinjiang.

We’ve developed this new format to try to explain the story to you better.