We’re covering an expanding global trade war, China’s retaliation over U.S. support of Hong Kong and an intimate look at an American high school torn apart by the opioid crisis. 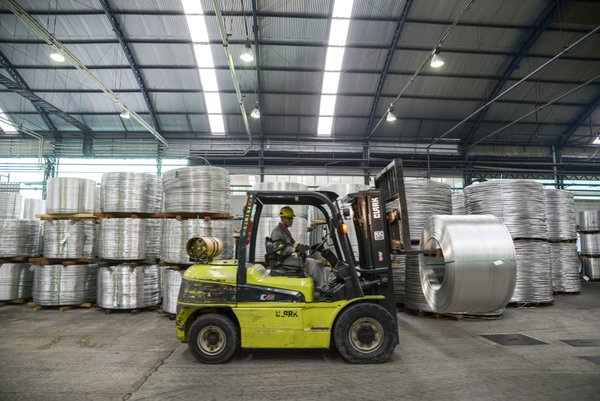 President Trump said on Monday that he would impose tariffs on steel and aluminum from Brazil and Argentina, accusing the countries of manipulating their currencies and hurting American farmers.

The currencies of Brazil and Argentina have both fallen sharply, but economists and government officials rejected the idea that the two countries were manipulating their currencies.

Big picture: The tariffs suggest Mr. Trump has not abandoned his confrontational approach to trade.

Context: The currency movements have made Brazilian and Argentine goods cheaper to buy abroad. China, in the face of Mr. Trump’s tariffs, has also shifted its purchasing of agricultural goods to those countries, which has rankled American officials.

The latest: A senior adviser to Mr. Trump said on Monday that a U.S.-China trade deal was still possible before the end of the year, adding that the first phase was being put to paper.

China hits back at U.S. over Hong Kong

The government said it would suspend visits to Hong Kong by American warships and impose sanctions on several U.S.-based nongovernmental groups.

The largely symbolic move was retaliation for a newly enacted U.S. law supporting anti-government protests in the semiautonomous territory.

Details: A spokeswoman for the Chinese Foreign Ministry said sanctions would be imposed on Human Rights Watch, the National Endowment for Democracy and other organizations, and accused them of instigating violence.

Reality: It was unclear what effect the sanctions would have, as most of the organizations listed do not have offices in mainland China. The measures suggested that Beijing did not want the dispute over Hong Kong to spill over into its trade negotiations.

A Huawei executive’s ‘moments of fear’

On the first anniversary of her arrest on fraud charges, the Huawei technology executive Meng Wanzhou described her detention in Vancouver as having “moments of fear, pain, disappointment, helplessness, torment, and struggle.”

In a letter, published on Huawei’s website on Sunday, Ms. Meng described her daily life since being freed on bail; she is still not allowed to leave the city. “Right now, time seems to pass slowly,” she wrote.

Global context: The arrest of Ms. Meng thrust Canada into the center of a U.S.-China diplomatic battle. China has imposed new trade restrictions against Canada and detained two Canadians on espionage charges.

If you have some time, this is worth it

‘We could have been anything’

The graduating class of 2000 started at an Ohio high school the same year Purdue Pharma introduced OxyContin. In a few years, opioid painkillers were everywhere — in classrooms, school bathrooms and parties.

The Times talked to dozens of members of the class to understand the scope of the American opioid crisis. Most of their lives were touched by addiction, and some of their classmates are among the more than 400,000 Americans who have died from opioid overdoses.

The Philippines: More than 43,000 people were evacuated as Typhoon Kammuri threatened the country’s eastern islands.

Australia: A woman was released from the hospital after being stranded for 12 days in the outback.

Myanmar: Supporters of the leader Aung San Suu Kyi, who is set to face genocide charges at The Hague next week, have embarked on a publicity campaign to boost her image.

Saudi Arabia: The country is embracing Western sports in an attempt to rehabilitate its image — with women’s wrestling, surfing and more. Critics have denounced the move as a diversion to distract from the kingdom’s human rights record.

Snapshot: Above, Changi Airport in Singapore, the rare airport you might want to linger in. Our columnist spent a night there, visiting a soaring waterfall, a butterfly sanctuary and award-winning restaurants.

London victims: Saskia Jones and Jack Merritt were killed by a former alumnus of the prison education program they worked with in an apparent terrorist attack.

What we’re watching: This BBC Breakfast video, in which the head of Fishmonger’s Hall, where the London Bridge stabbing attack began, recounts the bravery of his staff. “Amazing,” writes our reporter Sarah Lyall, who lived in London for years.

Cook: Set yourself up for future dinners by freezing a batch of slow cooker chicken chili. (Our Five Weeknight Dishes newsletter has more recommendations.)

Go: An exhibition at the Louvre will celebrate the 100th birthday of the French painter Pierre Soulages. The only other artists given similar shows during their lifetimes were Pablo Picasso and Marc Chagall.

Watch: Our critics picked the best TV shows of the year.

Smarter Living: Including whole fruits, vegetables, beans and lentils in your daily diet can protect against debilitating infections in your digestive system.

Solving a mystery in India

Millions of people have read “The Jungle Prince of Delhi” since it was published on Nov. 22, and many more have listened to the three-part podcast.

The tale of an eccentric family of deposed aristocrats who lived in a ruined palace was well known to foreign correspondents posted to India. But our reporter Ellen Barry kept returning to the story after her tenure as The Times’s Delhi bureau chief — and found an entirely new narrative.

Her account reaches deep into the tumult of Britain’s partition of India and Pakistan, and explores how dislocation reshaped one family into an enduring legend.

We asked Ellen, who is now our New England bureau chief, why she couldn’t stop until she had found the real story.

“It never entered my mind that I would be working on it for years,” she said. “But I was not able to answer the question of what the family’s history had been to my satisfaction.”

Ellen said the story would have been impossible had she not had the backing of her editor, Jim Yardley. A former Times Delhi bureau chief himself, he had met the prince and encouraged her as she dug beyond the family’s fabled history.

Thank you
To Mark Josephson and Eleanor Stanford for the break from the news. You can reach the team at briefing@nytimes.com.

P.S.
• We’re listening to “The Daily.” Our latest episode is about the aggressive methods some hospitals in the U.S. use to force patients to pay.
• Here’s our Mini Crossword, and a clue: August is the only month that ends with one (three letters). You can find all our puzzles here.
• J. Kenji López-Alt, a California-based food writer for The Times, recently answered questions on Reddit, including advice for those who want to write their own cookbooks..