Opinion | You Have a Right to Weariness 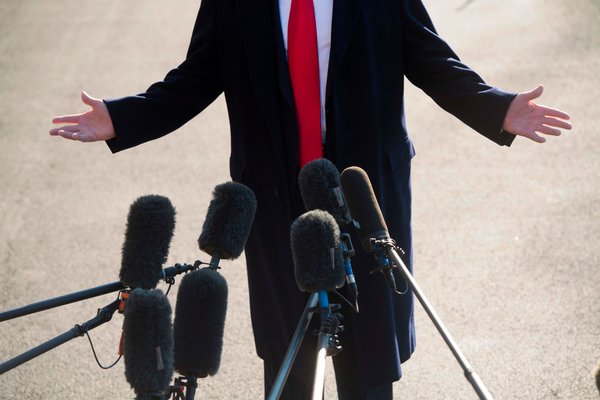 Do we have a right to weariness in an era of animus? More precisely, can we afford it, or is exhaustion a luxury reserved for those whose wealth, privilege and status insulate them from the losses the rest of us could suffer? Does patriotic defense of country require perpetual, obsessive vigilance, or is it permissible to retreat occasionally for one’s own mental and spiritual health?

These are questions I ask myself regularly, and ones that are frequently asked of me, if not in those exact words. People are trying to figure out the proper posture to take in a world riven by deceit and corruption, a world in which the leadership of the country represents an assault on decency.

This is a conundrum, I must confess.

I, as much as anyone else, feel trapped by our current predicament. I would love nothing more than to write about other things, worthy things, more intellectually stimulating things. But for more than two years, I have written almost exclusively about Donald Trump.

I feel compelled by what I view as history, fundamental and consequential, playing out right before me with nothing short of the life of the republic at stake. And yet, at a certain point, words begin to fail, or the obvious has already been stated. Once you have pointed out that Trump is a liar, you can then note only that he is telling more lies. The same goes for his racism, bullying, anti-intellectualism, corruption and grift.

At some point, it becomes clear that the abnormal, outrageous and unacceptable have become a constant, and even the rolling boil of righteous folk’s indignation reduces to a simmer.

People often ask me, “When will it end? What can we do to get him out of there?”

My answer always is, “I doubt it will end soon, and there’s very little anyone can do to change that.”

I hate to bear that message, but it is the only one I can deliver if I wish to be honest rather than popular.

As much as there was to celebrate last week, with liberals winning control of the House of Representatives, and doing so with such a diverse slate of candidates, it was also clear that Republican control of the Senate means that any hope of removing Trump via impeachment has shrunk to nearly nothing. Even if the House impeaches Trump, the Senate remains highly unlikely to remove him.

Democrats are even debating how far they can take oversight in the House without turning off people politically.

The only hope is that the Robert Mueller investigation may deliver something so damning that some Senate Republicans view it as unacceptable. But there is no evidence as of yet that anything would sway them.

Trump is taking steps to severely hamper Mueller’s efforts. Last week, he fired Attorney General Jeff Sessions and installed Matthew Whitaker as acting attorney general. The F.B.I. is currently investigating corruption at a company where Mr. Whitaker sat on the advisory board.

It is very likely that we are stuck with Trump until the 2020 election, and even then the Democrats can take nothing for granted if they wish to defeat him.

That is the root of people’s distress. How can Republicans in Congress abide this behavior and use it for political positioning? How can so many of our neighbors condone open hostility to minorities, the press and the truth?

I remember calling my mother when Trump was elected, and she was not nearly as distraught as I thought she’d be. Her stated reason: We’ve been through worse. She is an elderly black woman from the South. Her sense of history and heartbreak are long and fraught.

Recently, I’ve delved even more deeply into this line of thinking, reading about how black people positioned themselves during both Reconstruction and Jim Crow, when the political structures were largely arrayed against them.

I wanted to know how they survived and made progress against open hostility. The recurring themes are to never lose hope in the ultimate victory of righteousness; to focus your fire on the things you are most able to change; and to realize that change is neither quick nor permanent.

The struggle for goodness and decency is an eternal struggle, not a seasonal one.

Don’t beat yourself up if you need to tune out every now and then and take a mental health break. There is no shame in it. This is a forever fight. Once you have recharged, reapply your armor and rejoin the fight with even more vigor.

Charles Blow joined The Times in 1994 and became an Opinion columnist in 2008. He is also a television commentator and writes often about politics, social justice and vulnerable communities. @CharlesMBlow • Facebook