Opinion | Why Republicans Should Support Immigration

President Trump seems to think that his hard-line immigration stance is a political winner, saying he’s willing to keep much of the government shut down in order to get funding for his border wall. Polls suggest voters don’t see this Mr. Trump’s way, and blame him, not the Democrats, for the impasse. With Democrats taking control of the House of Representatives on Thursday, he now has the excuse he needs to make a deal.

But if he doesn’t compromise, if he instead continues to try to transform his once proudly pro-growth party into the anti-immigration party, he will threaten Republican prospects for a generation.

November’s midterm elections provided a clear indication that Mr. Trump’s strident positions on immigration were not widely popular. Ignoring the pleas of top Republicans, the president made the elections a referendum on the issue, vowing to end birthright citizenship, sending the military to deal with a caravan of asylum seekers and championing fringe legislation to cut legal immigration in half. 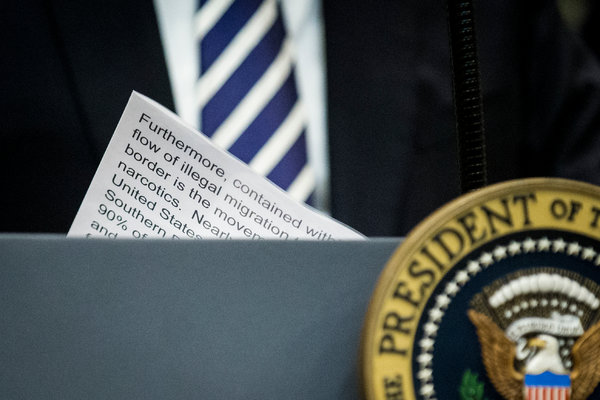 House Republicans paid dearly for Mr. Trump’s gambit. They lost 40 seats, mostly in suburban districts, many of which were longtime Republican bastions whose younger, moderate, college-educated and female voters turned out for Democrats. In increasingly Asian-American Orange County, Calif., which voted for Hillary Clinton in 2016, the first time it had gone Democratic since Franklin Roosevelt was president, Republicans lost four House seats. They also lost suburban races in traditionally Republican areas outside of Dallas; Des Moines; Houston; Miami; Philadelphia; Richmond, Va.; and even Salt Lake City.

Those results suggest Mr. Trump may be doing to the national Republican Party what Pete Wilson did to the party in California in the 1990s.

Hard as it is to believe today, California once reliably voted Republican in presidential elections. Other than Lyndon Johnson, no Democratic presidential candidate won the Golden State in the four decades between Harry Truman and Bill Clinton. Now, Democrats control the entire state government and hold 46 of its 53 House seats and both Senate seats.

What happened? Mr. Wilson, then governor, went after immigrants, championing Proposition 187, a 1994 ballot initiative that barred illegal immigrant children from attending public schools and using other social services. Though the measure passed after a contentious fight, it was a hollow victory. An injunction was granted three days after passage, and the measure was ultimately deemed unconstitutional.

Several studies have found that Republican support of Proposition 187 and other anti-immigrant efforts alienated white and Latino voters in California from the Republican Party. One of these studies, published in The American Journal of Political Science, points out that Proposition 187 actually reversed the trend of Latinos increasingly supporting Republicans, with “no counterbalancing gain in party supporters from other groups, particularly non-Hispanic whites.” The authors conclude that the “results raise serious questions about the long-term efficacy of racially divisive strategies for electoral gain.” This study should be required reading for Trump Republicans.

The Hispanic portion of the United States population today is similar to the portion in California in the early 1990s. About 20 percent of the country is Hispanic; in 1990, 26 percent of California’s population was. You don’t have to be a political wizard to understand that alienating growing blocs of voters — not just Latinos, but also other immigrants and younger people — is bad political strategy.

If national Republicans want to avoid the fate of their 1990s California brethren, they must reject Mr. Trump’s approach and make a Republican case for immigration. Prominent Republicans who have criticized Mr. Trump’s divisiveness, such as Utah’s incoming senator, Mitt Romney, should pick up this mantle.

My organization, the Becoming American Initiative, seeks to persuade conservatives that expanding immigration will benefit the country. Members of our board, including William Kristol, Linda Chavez and Mona Charen, have worked in the administrations of Ronald Reagan and George W. Bush. They have seen firsthand how those presidents’ support for more open immigration systems was not just good for America, but also helped neutralize immigration as a political issue.

Mr. Reagan and Mr. Bush both called for more work visas, a policy that would allow foreigners to pursue the American dream while contributing to the economy. Similar immigration proposals, which would help ensure that Mr. Reagan’s “shining city on a hill” isn’t surrounded by a wall, would appeal to the more than one-quarter of the population who are either first- or second-generation immigrants.

Republicans should make common cause with immigrants on shared values like work ethic, family and faith rather than writing them off. Judging by Mr. Trump’s shutdown rhetoric, they’ve got their work cut out for them. 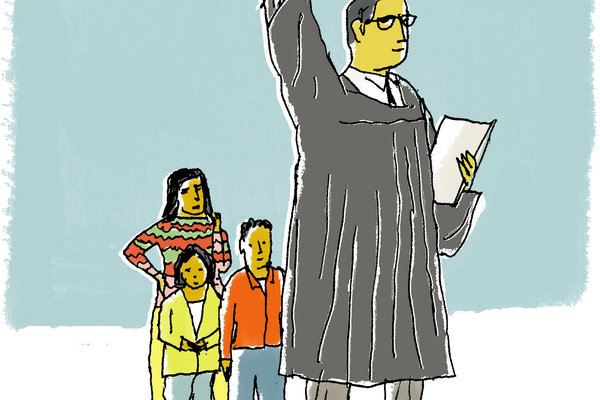 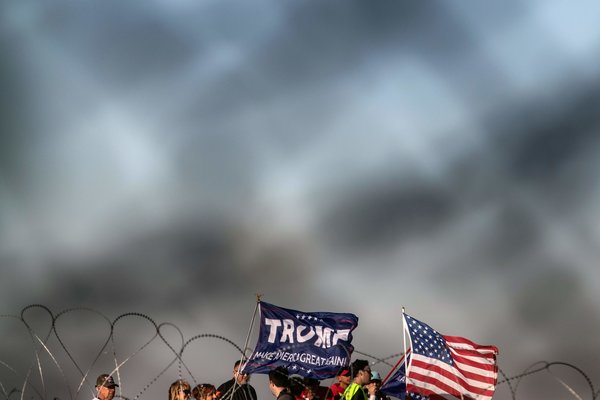 Jordan Bruneau is a senior policy analyst at the Becoming American Initiative, a project of Defending Democracy Together, a Republican group supporting the rule of law, free trade and expanded immigration.