Opinion | Why Do You Keep Dreaming You Forgot Your Pants? It’s Science

One muggy Saturday last summer, I went on a date with a man who seemed entirely fine. We drank two beers and went for a walk, and he explained why he liked certain buildings that we passed. We kissed, and his breath tasted like cigarettes. We parted ways, and I couldn’t muster the energy to answer his emoji-laden follow-up texts about my weekend activities.

The date was mediocre at best — but in the days that followed, I second-guessed my decision not to see him again. Maybe I had written him off too soon; maybe I should have given things a chance to develop. After all, he had some good qualities. He was handsome, tall, employed — and not, refreshingly, as a writer.

It was only after a painfully on-the-nose dream a few weeks later that I stopped doubting my intuition. In the dream, I had agreed to a second date, and I had brought along two friends to observe our interactions and help me assess him. At the end of the group outing, my friends pulled me away and offered a unanimous decision: He wasn’t for me. I had made the right call.

By the time we reach adulthood, most of us have accepted the conventional wisdom: We shouldn’t dwell on our dreams. Even though research suggests that REM sleep — when most dreaming takes place — is crucial for mental and physical health, we think of dreams as silly little stories, the dandruff of the brain. We’re taught that talking about our dreams is juvenile, self-indulgent, and that we should shake off their traces and get on with our day.

It doesn’t have to be that way. For the past two years, a group of my friends has been gathering every month to talk about dreams; we do it for fun. Even if we resist, dreams have a way of sneaking into conscious territory and influencing our daytime mood. In three years of reporting on the science behind dreams, I’ve heard strangers describe flying, tooth loss, reunions with the dead — all the classics. I’ve seen that a dream can be a fascinating window into another person’s private life, and I’ve learned that paying attention to dreams can help us understand ourselves.

Because dreams rarely make literal sense, it can be easier to dismiss them than to try to interpret them. But a growing body of scientific work indicates that it’s likely to be worth the effort. Dreams might help us consolidate new memories and prune extraneous pieces of information. They might be a breeding ground for ideas — a time for the brain to experiment in a wider network of associations. Some argue they’re an accident of biology and mean nothing at all.

According to one popular hypothesis, dreams evolved to serve an important psychological function: They let us work through our anxieties in a low-risk environment, helping us practice for stressful events and cope with trauma and grief. Most of the emotions we experience in dreams, as the Finnish neuroscientist Antti Revonsuo noted in 2000, are negative; the most common ones include fear, helplessness, anxiety and guilt.

For an evolutionary psychologist like Dr. Revonsuo, this presents a puzzle: Why would our minds subject us to something so consistently unpleasant? If our ancestors could practice dealing with dangerous situations as they slept, he reasoned, they might have an advantage when it came time to confront them in the day.

His “threat simulation” theory explains the prevalence of negativity and aggression in dreams as well as the primal nature of many dream environments; even city dwellers with little experience of the wilderness often dream about being attacked by dangerous animals or ominous strangers. Research on animals fits into the theory, too; REM-deprived rats struggle with survival-related tasks like navigating a maze and avoiding the dangerous areas of a tank.

Unless we are contestants on “Survivor” or “The Hunger Games,” threats we face tend to be less dramatic than a life-or-death maze, and we have the anxiety dreams to match. The exam dream — in which a dreamer is woefully unprepared, and perhaps underdressed, for an important test — is the prototypical modern-human version of the racing-rat or hunting-cat dream.

Even if the person fails in the dream, the test seems familiar in real life — and the illusion of familiarity can translate into a real advantage. My own exam dreams are simultaneously boring to reproduce and pulse-quickening to remember. “I’m leaving the test center and realize I forgot to write any essays.” “I’m taking my exams and then I remember I’m not wearing pants.”

These nightmares come years after I’ve left school, but they pop up when I’m worried about something else, like a looming deadline. Some psychologists believe that in times of stress, we dream about exams that we actually succeeded in; our brains are reminding us of a time when we prevailed over something we had feared, boosting our confidence.

In reality, I wore clothes to my college finals and didn’t leave them blank. But mulling over the worst-case scenarios in the light of day forces me to recognize how unlikely, even ridiculous, they are; confronting them saps them of their power to terrify and even makes me laugh. I wake with a sigh of relief — no matter how unprepared I feel for this meeting, at least I won’t turn up naked.

In 2014, researchers from the Sorbonne, led by a neurologist, Isabelle Arnulf, contacted a group of aspiring doctors on the day they were scheduled to take their medical school entrance exam. Nearly three-quarters of the 719 students who replied said they had dreamed about the exam at least once over the course of the semester, and almost all of those dreams had been nightmares: They got lost on their way to the test center, found it impossible to decipher the test questions or realized they were writing in invisible ink. When Dr. Arnulf compared students’ dreaming patterns with their grades, she discovered a striking relationship: Students who dreamed more often about the test performed better in real life. Most suggestive, all of the top five students had encountered some exam-related obstacle in their dreams, like sleeping through their alarm or running out of time. 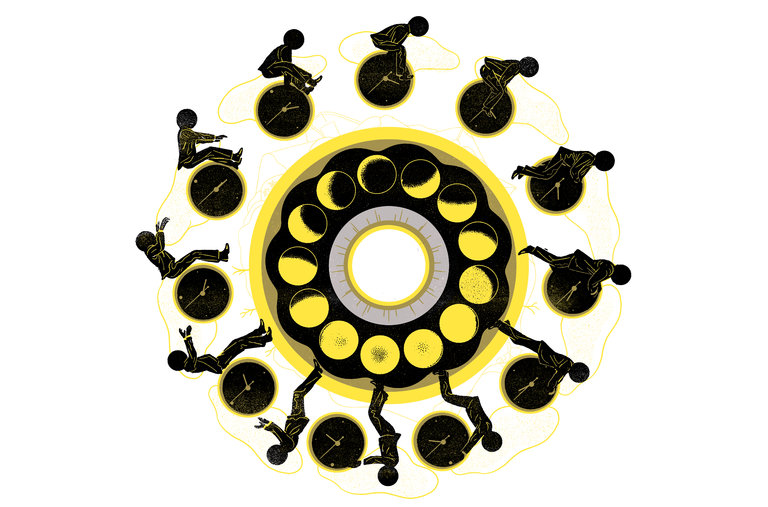 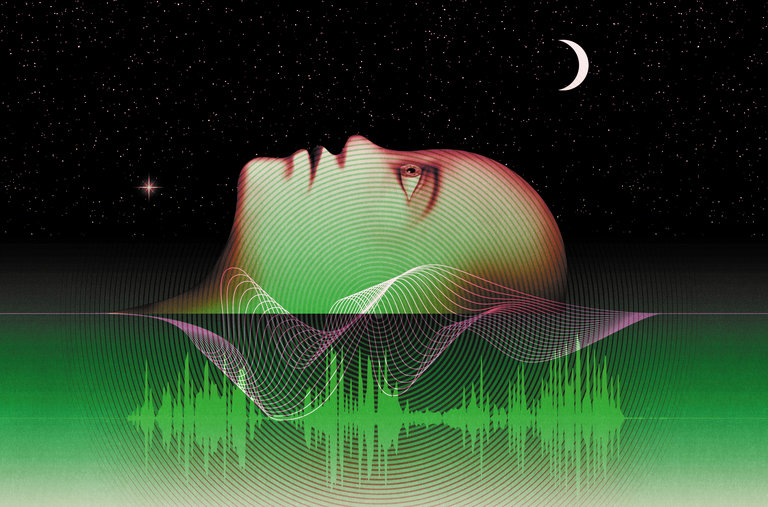 I spend a lot of time these days raving about the value of dreams, and I sometimes meet people who protest: They don’t remember their dreams. But most people can improve their dream recall just by reminding themselves before bed that they want to, or — better yet — committing to write down their dreams in the morning. When I started keeping a dream journal, I couldn’t believe how quickly the entries grew from brief, tentative snippets (“I am watching the ‘Nutcracker’?” “There is a spider?”) to convoluted stories featuring characters like a literary rival named Alice Robby and a cat that had lived in my wall for 20 years.

If dreams are so important, and if so many of their functions depend on our understanding them, why do they often seem incomprehensible? Why do they traffic in garbled metaphors and disjointed images?

We tend to focus on and discuss dreams that are strange, but most dreams are less bizarre than we might assume. In the 1960s, after analyzing more than 600 dream reports from labs in Brooklyn and Bethesda, Md., Frederick Snyder, a psychologist, concluded that “dreaming consciousness” was in fact “a remarkably faithful replica of waking life.” In his sample, 38 percent of the settings were real places that dreamers recognized from their lives; another 43 percent resembled places they knew.

Just 5 percent were considered “exotic,” and less than 1 percent counted as “fantastic.” When Dr. Snyder scored each dream report on various measures of coherence — whether the story made sense or whether the events could conceivably take place — he found that as many as nine out of 10 “would have been considered credible descriptions of everyday experience;” even among the longest dreams, half lacked so much as a single bizarre element.

Nonetheless, the fact remains that on some nights, our brains spin scenes that are far-fetched at the very least. In the 1990s, three researchers — Robert Stickgold, Allan Hobson and Cynthia Rittenhouse — set out to study whether there were any constraints on the dreaming imagination. After analyzing 97 discontinuities in 200 of their students’ dreams, they found that there were, in fact, rules and patterns at play. Dreams aren’t governed by the normal laws of physics, and many aspects of dreaming remain mysterious. We can’t explain why a certain image strikes on a given night or predict whether some long-lost friend will ever resurface in our sleep. But dreams aren’t a free-for-all, either.

Intraclass metamorphoses were much more common than interclass ones; that is, when a dream character transformed, it would usually assume the guise of another character rather than an inanimate object (and vice versa). And even within classes, the transformations were far from random: A pool became a beach; an uncle turned into a neighbor; a car changed into a bike. “The most surprising and novel finding of this study is that many discontinuous dream images are paradoxically coherent,” the authors wrote. “A dream object does not transform randomly into another object, but into an object that shares formal associative qualities with the first.”

In another study, Dr. Revonsuo and Dr. Christina Salmivalli, a psychologist, analyzed hundreds of dreams from a group of their students and discovered that the emotions in dreams were usually appropriate to the situation, even if the situation itself was odd. And another important element was surprisingly constant: The dreamer’s own self was “well preserved” and “rarely plagued by features incongruous with waking reality.” “The representation of self is presumably one of the fundamental cornerstones of our long-term memory systems,” they explained.

Even in dreams, we know who we are.

Alice Robb is the author of the forthcoming book “Why We Dream,” from which this essay is adapted.