Opinion | What Vaccine Apartheid Portends for the Climate Future 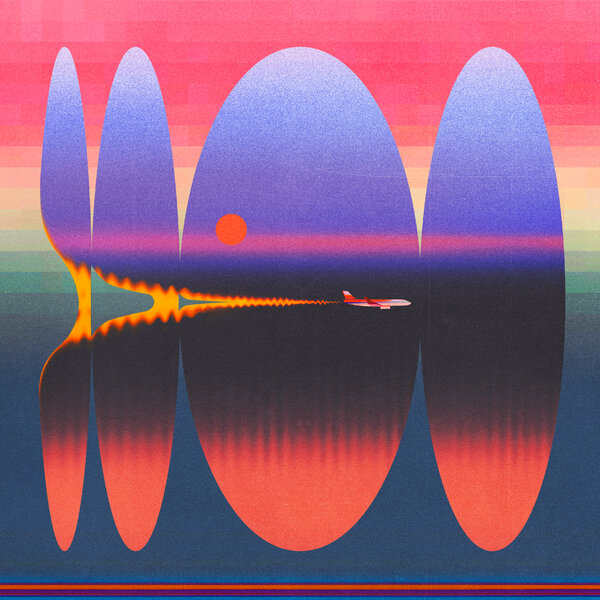 The pandemic has been furnishing new and distressing episodes almost weekly for more than two years now. But what is in retrospect perhaps the most concerning, for me, came in May 2021, when the International Monetary Fund calculated that the full cost of vaccinating the large majority of the world’s vulnerable people would be $50 billion — just 1 percent of the money spent by Congress on pandemic relief and only about half of the money the United States has spent on fighting AIDS abroad. The I.M.F. called this “A Proposal to End the Covid-19 Pandemic” and meant it. The organization suggested the global payback for that $50 billion program, by 2025, would be $9 trillion — nearly a 200-fold return — in just four years. The humanitarian gains of a global vaccination effort would have been incalculable and still are. The diplomatic gains, as well.

Probably, the I.M.F. estimate was too optimistic, likely on both sides of the cost-benefit calculation (especially given how much more complicated new immunity-escaping variants made the pursuit of any real pandemic endgame). But even with the I.M.F. estimate of cost revised significantly upward and its payoff estimate significantly downward, this would have been a no-brainer of an investment, with returns within a single nation much larger than the total cost.

And yet faced with the choice — between one future in which everyone in the world was better off through expansive protection and one of more limited vaccination in which the rich were somewhat protected and others remained much more vulnerable — the wealthy nations of the world didn’t take the path that maximized overall protection and prosperity. That choice would have maximally benefited even those nations’ own people, who would have benefited from reduced spillover costs from disease spread abroad. Some vaccine donations and stuttering patent negotiations aside, the wealthy world instead took the path that produced the widest gap in protection between those with resources and those without.

The result is evident in the vaccination data: As of March, just 1 percent of globally distributed vaccine doses have been administered in low-income countries, according to the U.N., leaving 2.8 billion awaiting a first dose. But it is also increasingly evident in the death toll, perhaps most dramatically in a recent comprehensive World Health Organization review of excess mortality, or how many more people died than expected in a given population (partly correcting for demographic factors and variations in testing to reveal a clearer picture of the overall impact).

In 2020 the pandemic looked, at a glance, like a disease of the rich world. But according to the W.H.O., the cumulative global death toll has been concentrated most heavily in what the World Bank calls “lower-middle-income countries,” like India, countries where more than half of all estimated deaths from Covid-19 have occurred. And the large majority of those lower-middle-income deaths came in the pandemic’s second year, when vaccines were available, at least in theory. The vaccine year was actually the deadlier of the two, with vaccination not reducing deaths overall but effectively concentrating them among the world’s poor.

Activists have called this state of affairs, in which half of the world lacks access to tools the other half considers necessary for normal living, vaccine apartheid. That rhetoric — which has also appeared in the British medical journal The Lancet — simplifies an enormous tangle of political and social complexity, rendering in moral terms a global state of affairs that arose as well from structural legacies and patent ideologies, technocratic shortsightedness and simple poor judgment (in addition to global vaccine hesitancy and real logistical challenges). And it furnishes a ready-made analysis of developed-world indifference to developing-world suffering so obvious and familiar that it may sound like old news.

But it also very much did not have to be this way. In July of 2020 the activist Ady Barkan, who has amyotrophic lateral sclerosis, pressed Joe Biden, then the Democratic presidential nominee, on the importance of global vaccination. “If the U.S. discovers a vaccine first, will you commit to sharing that technology with other countries?” he asked, using eye-gaze technology to speak. “And will you ensure that there are no patents to stand in the way of other countries and companies mass-producing those lifesaving vaccines?” Biden looked almost heartsick as he responded, in a video clip that is very much worth watching: “Absolutely. Positively. This is the only humane thing in the world to do.”

None of this bodes well for climate, another wicked problem in which technological know-how is not a simple fix but only the very first step of response.

Over the past several years, as the rhetoric of environmental alarm has gotten more and more public visibility, so has the language of climate justice: the collection of principles holding that it is the poor and marginalized who suffer today the most environmental harms despite having done the least to cause them, that continued degradation will almost certainly intensify those divides and that any program to address the climate crisis should be targeted at reducing those inequities as well as overall impacts.

Consider responsibility first. The United States has alone produced 20 percent of historical emissions, almost twice as much as the second-largest contributor, China; all of sub-Saharan Africa, today home to about a billion people, is responsible for under 1 percent. Today 80 percent of the world’s emissions are produced by the nations of the Group of 20 and nearly half by the richest 10 percent of people, not all of whom, the economic historian Adam Tooze pointed out, live in the rich countries of the world — suggesting a carbon accounting based not on citizenship but on simple wealth. The average round-trip trans-Atlantic airline ticket melts several square meters of Arctic ice; the average Australian produces 40 times as much carbon dioxide just from the burning of coal than the average person from Congo, Somalia or Niger; each year, the average Ugandan produces less carbon than the average American refrigerator.

When it comes to climate impacts, the contrasts are just as stark. Many in the Global North have awakened just in the past few years to the imminence, if not yet omnipresence, of warming — the European floods, deadly hurricanes in New York City, wildfires across Australia and the American West unprecedented in modern times. But already, the Intergovernmental Panel on Climate Change suggests, nearly every country in sub-Saharan Africa is more than 10 percent poorer today than it would be without the effects of warming, with a handful more than 20 percent poorer. According to one paper cited in its most recent report, India is 31 percent poorer, thanks to climate change, which already has made global inequality 25 percent worse.

And it is perhaps not surprising that if recent optimistic revisions to the climate outlook bear out that peg likely warming this century at about 2.5 degrees Celsius from preindustrial temperatures, wealthy nations of the world would suffer but could endure, probably, and the Global South would be much more thoroughly devastated.

For decades now, small, climate-vulnerable and developing nations have looked at this pattern of facts and rallied around a discomforting message for the world’s rich: Pay. In 2009 the first promise of $100 billion each year in climate aid for mitigation and adaptation was made to the world’s poor. In 2015 in the Paris climate accord, the promise was made again. At COP26 in Glasgow last fall, it was made a third time, though by then, climate advocates from the Global South had raised their request significantly. Some diplomats called for $700 billion, others for $1 trillion or more.

Meanwhile, the $100 billion promise still hasn’t been fulfilled, and the commitments get close only if you count profit-making loans from the private sector, which, of course, the rich countries do. A report published by the U.N. in 2020 found that in the most recent year studied, 2018, grant finance amounted to only $12 billion.