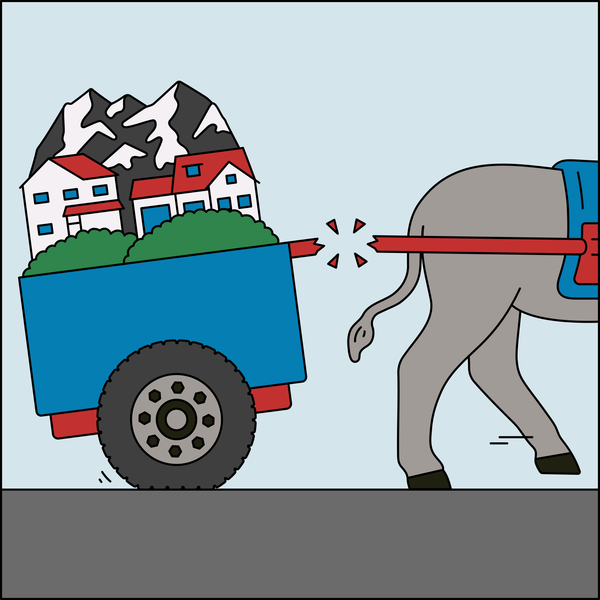 By Chloe Maxmin and Canyon Woodward

Ms. Maxmin, 29, is the youngest female state senator in Maine’s history. Mr. Woodward ran her two campaigns. They are the authors of the forthcoming book “Dirt Road Revival,” from which this essay is adapted.

NOBLEBORO, Maine — We say this with love to our fellow Democrats: Over the past decade, you willfully abandoned rural communities. As the party turned its focus to the cities and suburbs, its outreach became out of touch and impersonal. To rural voters, the message was clear: You don’t matter.

Now, Republicans control dozens of state legislatures, and Democrats have only tenuous majorities in Congress at a time in history when we simply can’t afford to cede an inch. The party can’t wait to start correcting course. It may be too late to prevent a blowout in the fall, but the future of progressive politics — and indeed our democracy — demands that we revive our relationship with rural communities.

As two young progressives raised in the country, we were dismayed as small towns like ours swung to the right. But we believed that Democrats could still win conservative rural districts if they took the time to drive down the long dirt roads where we grew up, have face-to-face conversations with moderate Republican and independent voters and speak a different language, one rooted in values rather than policy.

It worked for us. As a 25-year-old climate activist with unabashedly progressive politics, Chloe was an unlikely choice to be competitive — let alone win — in a conservative district that falls mostly within the bounds of a rural Maine county that has the oldest population in the state. But in 2018, she won a State House seat there with almost 53 percent of the vote. Two years later, she ran for State Senate, challenging the highest-ranking Republican in state office, the Senate minority leader. And again, in one of the most rural districts in the state, voters chose the young, first-term Democrat who sponsored one of the first Green New Deal policies to pass a state legislature.

To us, it was proof that the dogmas that have long governed American politics could and should be challenged. Over the past decade, many Democrats seem to have stopped trying to persuade people who disagreed with them, counting instead on demographic shifts they believed would carry them to victory — if only they could turn out their core supporters. The choice to prioritize turnout in Democratic strongholds over persuasion of moderate voters has cost the party election after election. But Democrats can run and win in communities that the party has written off — and they need not be Joe Manchin-like conservative Democrats to do so.

This isn’t just a story about rural Maine. It’s about a nationwide pattern of neglect that goes back years. After the 2010 midterms, when the Democrats lost 63 House seats, Nancy Pelosi, then the House minority leader, disbanded the House Democratic Rural Working Group. Senator Harry Reid of Nevada later eliminated the Senate’s rural outreach group. By 2016, according to Politico’s Helena Bottemiller Evich, the Clinton campaign had only a single staff person doing rural outreach from its headquarters, in Brooklyn; the staffer had been assigned to the role just weeks before the election. And in 2018, the chairman of the Democratic National Committee, Tom Perez, told MSNBC, “You can’t door-knock in rural America.”

We saw this pattern for ourselves. In 2019, the Maine Senate Democratic Campaign Committee told us that it didn’t believe in talking to Republicans. (The group’s executive director did not respond to a request seeking comment by press time.)

That blinkered strategy is holding the party back. When Democrats talk only to their own supporters, they see but a small fraction of the changes roiling this country. Since 2008, residents of small towns have fallen behind cities on many major economic benchmarks, and they watched helplessly as more and more power and wealth were consolidated in cities. We saw up close the loss, hopelessness and frustration that reality has instilled.

The current Democratic strategy doesn’t just lead to bad policy but also to bad politics. Our democracy rewards the party that can win support over large geographic areas. Ceding rural America leaves a narrow path to victory even in the best circumstances. When the landscape is more difficult, Democrats set themselves up for catastrophic defeat. But we don’t have to cede these parts of the country. Democrats have to change the way they think about them and relate to the voters who live there.

What much of the party establishment doesn’t understand is that rural life is rooted in shared values of independence, common sense, tradition, frugality, community and hard work. Democratic campaigns often seem to revolve around white papers and wonky policy. In our experience, politicians lose rural people when they regurgitate politically triangulated lines and talk about the vagaries of policy. Rural folks vote on what rings true and personal to them: Can this person be trusted? Is he authentic?