Opinion | What a Dying Lake Says About the Future 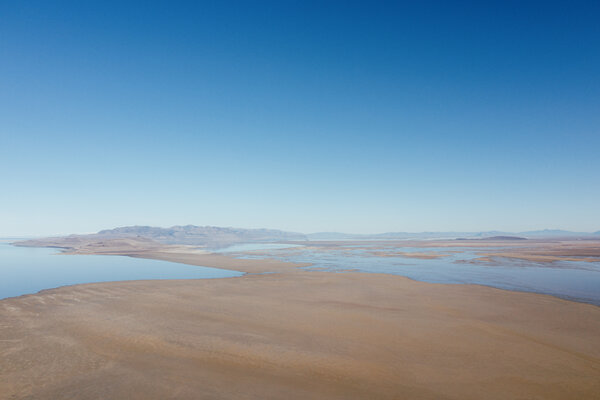 A few days ago The Times published a report on the drying up of the Great Salt Lake, a story I’m ashamed to admit had flown under my personal radar. We’re not talking about a hypothetical event in the distant future: The lake has already lost two-thirds of its surface area, and ecological disasters — salinity rising to the point where wildlife dies off, occasional poisonous dust storms sweeping through a metropolitan area of 2.5 million people — seem imminent.

As an aside, I was a bit surprised that the article didn’t mention the obvious parallels with the Aral Sea, a huge lake that the Soviet Union had managed to turn into a toxic desert.

In any case, what’s happening to the Great Salt Lake is pretty bad. But what I found really scary about the report is what the lack of an effective response to the lake’s crisis says about our ability to respond to the larger, indeed existential threat of climate change.

If you aren’t terrified by the threat posed by rising levels of greenhouse gases, you aren’t paying attention — which, sadly, many people aren’t. And those who are or should be aware of that threat but stand in the way of action for the sake of short-term profits or political expediency are, in a real sense, betraying humanity.

That said, the world’s failure to take action on climate, while inexcusable, is also understandable. For as many observers have noted, global warming is a problem that almost looks custom-designed to make political action difficult. In fact, the politics of climate change are hard for at least four reasons.

First, when scientists began raising the alarm in the 1980s, climate change looked like a distant threat — a problem for future generations. Some people still see it that way; last month a senior executive at the bank HSBC gave a talk in which he declared, “Who cares if Miami is six meters underwater in 100 years?”

This view is all wrong — we’re already seeing the effects of climate change, largely in the form of a rising frequency and intensity of extreme weather events, like the megadrought in the American West that is contributing to the death of the Great Salt Lake. But that’s a statistical argument, which brings me to the second problem with climate change: It’s not yet visible to the naked eye, at least the naked eye that doesn’t want to see.