Opinion | Should We Expand the House of Representatives? 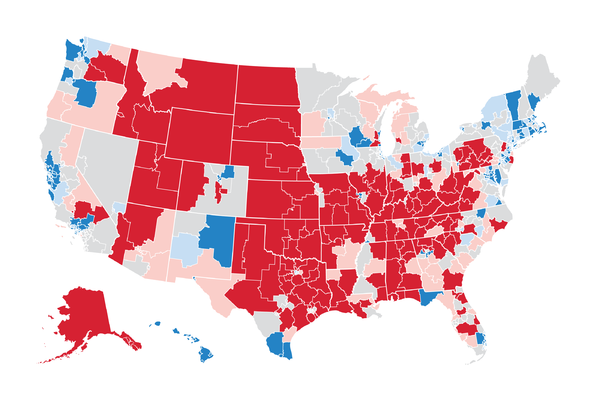 The current 435 members is far too large, decisions are ultimately made by committee heads and bills rarely come to the floor without assurance of passage. We should move in the opposite direction, a smaller House. Representatives could have fractional votes depending on the population of a state. A much smaller House would lead to much more meaningful debate.

Your editorial advocating multi-member districts neglects two fundamental problems that such districts would face: first, political feasibility; and second, campaign costs. When districts are even bigger than they are now, campaign costs will also be bigger, and we are already at a point where millions of dollars are required to win congressional seats and few candidates run who are as poor as Alexandria Ocasio-Cortez.

Your editorial “A Congress for Every American” backing the Fair Representation Act is right to mention its likely positive impact on the representation of women. For years, women have won a substantially higher share of seats in multi-winner elections than in single-winner elections.

Men next year will continue to hold more than 75 percent of congressional seats. It’s time for legislation like the Fair Representation Act to elect more women to office — and faster.

If you truly want to elect a House of Representatives that fairly and accurately reflects the wishes of voters, stop redrawing district lines or developing convoluted multi-member constituencies. All districts produce numerous wasted votes (with or without gerrymandering), and assumptions about how party balance will work out when voters rank multiple candidates may well not hold.

The best way by far to produce a fair, accurate and transparent translation of votes into seats is proportional representation, in which seats are divided proportionate to the share of the vote each party receives. It minimizes wasted votes, encourages turnout and produces a House that nobody could claim distorts the popular will.

Your editorial on multi-member districts is interesting, but flawed. You seem to ignore us independents, a growing population of voters who self-identify with no political party. You state that your main reason to favor such districts is “they can help all political groups.” But I think you actually mean “both political groups.”

We need to strive for a nonpartisan society and voting structure, not a bipartisan one that simply embraces and strengthens the two major parties. We need to encourage voters to educate themselves on each candidate’s ideas.

Please, let’s be nonpartisan. Citizens will become eager voters when we minimize party identity and maximize ideas on issues.