Opinion | Mueller Has a Way Around Trump and His Minions

In a stunning move on the heels of the midterm election, President Trump has forced the resignation of Attorney General Jeff Sessions and appointed an outspoken critic of the Mueller investigation — Matthew Whitaker — as acting attorney general, shunting Deputy Attorney General Rod Rosenstein to the sidelines. This raises the specter of a fearful president attempting to muzzle Special Counsel Robert Mueller or hinder him from revealing whether his 18-month-long grand jury investigation has turned up evidence of criminality implicating Donald Trump or his immediate family.

But a 44-year-old “road map” from the Watergate prosecution shows a potential route for Mr. Mueller to send incriminating evidence directly to Congress. The road map was devised in 1974 by the Watergate special prosecutor, Leon Jaworski, with our assistance. We wrote the road map — actually a report — to be conveyed to Congress; it was called “Report and Recommendation” and served as a guide to a collection of grand jury evidence contained in a single document. That evidence included still-secret presidential tape recordings that had been acquired through grand jury subpoena — but which had been withheld from Congress by President Nixon.

The recent decision by Washington’s Federal District Court chief judge, Beryl Howell, to release the document from the National Archives provides a historic legal precedent that could be a vehicle for Mr. Mueller and the grand jury assisting him to share the fruits of their investigation into possible criminal conduct within the Trump presidential campaign and subsequent administration.

In all the discussion about Mr. Mueller’s options when he concludes his investigation, little attention has been paid to the potential role of the grand jury. Chief Judge Howell’s decision unsealing the Watergate road map brings new focus on the role the grand jury might play in the dynamics of the endgame. Although the grand jury is a powerful tool for federal prosecutors, it has historic and independent power and operates under the supervision of the federal judiciary. Following the Oct. 20, 1973, “Saturday Night Massacre” — in which President Nixon forced the Justice Department to fire the original special prosecutor, Archibald Cox — the Watergate grand jury played a critical role in forcing the president to back down, hand over the subpoenaed tapes and appoint a new special prosecutor.

Although Mr. Cox had been fired, his staff — duly appointed federal prosecutors — had not. The grand jury, as an arm of the judicial branch, could not be fired by the president. Indeed, Judge John Sirica of the United States District Court immediately summoned the grand juries (there were two) to his courtroom and exhorted them to continue to pursue their investigations and assured them that they could rely on the court to safeguard their rights and preserve the integrity of their proceedings.

In the face of Congress’s inability to obtain evidence that the grand jury well knew incriminated the president, we prepared the grand jury report to Judge Sirica and requested that he use his plenary authority to transmit that evidence to the House Judiciary Committee, which had already commenced a proceeding to consider Mr. Nixon’s impeachment. It was carefully written to avoid any interpretations or conclusions about what the evidence showed or what action the committee should take. The report contained a series of spare factual statements annotated with citations to relevant transcripts of tapes and grand jury testimony. Copies of those tapes and transcripts were included as attachments.

Judge Sirica was convinced that the materials contained in the report should be made available to the House Judiciary Committee. His decision was affirmed by the Court of Appeals for the District of Columbia Circuit. This evidence formed the gravamen of Article I (obstruction of justice) of the impeachment resolution adopted by the Committee. 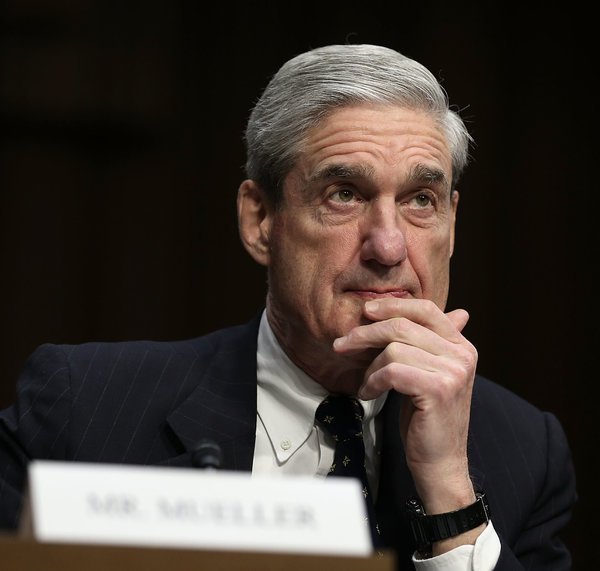 What if Mr. Mueller concludes that the president has committed a crime? The question of whether a sitting president can be indicted remains a subject of vehement debate among scholars. But assuming that Mr. Mueller follows what many regard as “current Justice Department policy” based on several past internal legal opinions that an indictment is inappropriate, then the appropriate place for consideration of evidence that the president has committed crimes rests definitively and exclusively with Congress.

If Mr. Mueller has obtained such evidence, his responsibility and the correct operation of our system of government compel the conclusion that he and the grand jury can make that evidence available to Congress through a report transmitted by the court.

With the fox now guarding the henhouse, there is sufficient precedent for the grand jury and Special Counsel Mueller to seek the chief judge’s assistance in transmitting a properly fashioned report to Congress.