Opinion | Jimmy Carter: I Fear for Our Democracy 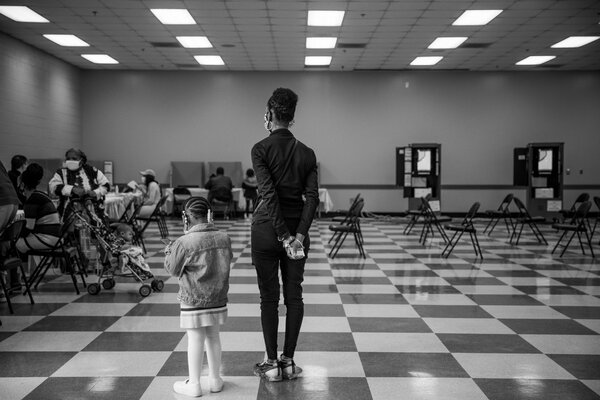 Mr. Carter was the 39th president of the United States.

One year ago, a violent mob, guided by unscrupulous politicians, stormed the Capitol and almost succeeded in preventing the democratic transfer of power. All four of us former presidents condemned their actions and affirmed the legitimacy of the 2020 election. There followed a brief hope that the insurrection would shock the nation into addressing the toxic polarization that threatens our democracy.

However, one year on, promoters of the lie that the election was stolen have taken over one political party and stoked distrust in our electoral systems. These forces exert power and influence through relentless disinformation, which continues to turn Americans against Americans. According to the Survey Center on American Life, 36 percent of Americans — almost 100 million adults across the political spectrum — agree that “the traditional American way of life is disappearing so fast that we may have to use force to save it.” The Washington Post recently reported that roughly 40 percent of Republicans believe that violent action against the government is sometimes justified.

Politicians in my home state of Georgia, as well as in others, such as Texas and Florida, have leveraged the distrust they have created to enact laws that empower partisan legislatures to intervene in election processes. They seek to win by any means, and many Americans are being persuaded to think and act likewise, threatening to collapse the foundations of our security and democracy with breathtaking speed. I now fear that what we have fought so hard to achieve globally — the right to free, fair elections, unhindered by strongman politicians who seek nothing more than to grow their own power — has become dangerously fragile at home.