Opinion | Is It All About ‘Fealty to Trump’s Delusions’? Three Writers Talk About Where the G.O.P. Is Headed 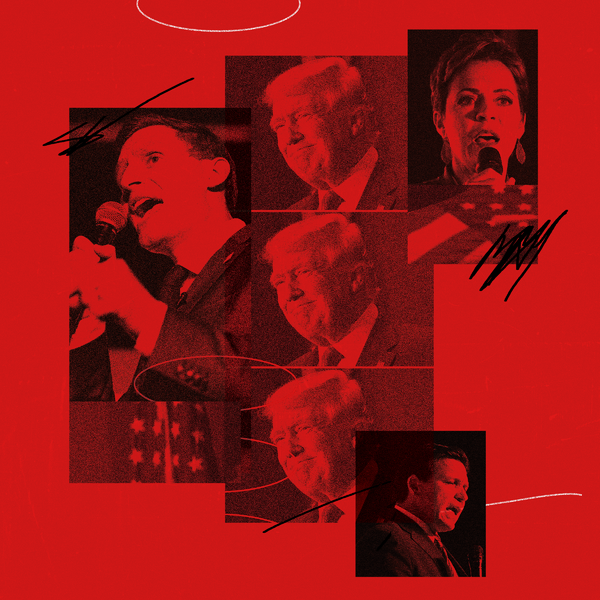 Mr. Douthat is a Times columnist. Ms. Bovard is the policy director at the Conservative Partnership Institute. Mr. Miller is the author of “Why We Did It: A Travelogue From the Republican Road to Hell.”

Ross Douthat, a Times Opinion columnist, hosted an online conversation with Rachel Bovard, the policy director at the Conservative Partnership Institute, and Tim Miller, the author of “Why We Did It: A Travelogue From the Republican Road to Hell,” about the recent primaries in Arizona, Michigan and beyond, and the strength of Donald Trump’s hold on the Republican Party.

Ross Douthat: Rachel, Tim, thanks so much for joining me. I’m going to start where we always tend to start in these discussions — with the former president of the United States and his influence over the Republican Party. Donald Trump has had some bad primary nights this year, most notably in May in Georgia.

But overall Tuesday seems like it was a good one for him: In Michigan, his favored candidate narrowly beat Peter Meijer, one of the House Republican votes for impeachment. In the Arizona Republican primary for governor, Kari Lake is narrowly ahead, which would give Trump a big victory in his battle of endorsements against Mike Pence, who endorsed Lake’s main rival.

Do you agree, or is Trump’s influence just the wrong lens through which to be assessing some of these races?

Rachel Bovard: It was a good night for Trump’s endorsements, which remain critical and decisive, particularly when he’s picking candidates who can change the ideological direction of the party. No other major figure in the G.O.P. has shown they can do the same.

Tim Miller: An early agreement! The Republicans put up a slate of “Big Lie” candidates at the top of the ticket in an important swing state last night, which seems pretty important.

Bovard: I would dispute the notion that Arizona represented “a slate of ‘Big Lie’ candidates.”

Miller: Well, Lake has long brought up fraud claims about the 2020 election. Rare potential evidence of the party bucking Trump could come from the Third Congressional District in Washington, benefited by a “jungle” primary — candidates for an office, regardless of party, run on the same ballot, and the top two candidates square off in the general election. If the Trump-endorsed candidate loses, it seems a good endorsement for that set up.

Bovard: But the Blake Masters campaign in particular represented a depth of issues that appealed to Arizona voters and could represent a new generation of Republicans.

Douthat: Let’s get into that question a little bit. One of the questions hanging over the phenomenon of Trumper populism is whether it represents any kind of substantial issue-based change in what the G.O.P. stands for, or whether it’s just all about fealty to Trump.

The Masters campaign and the Lake campaign seem to represent different answers to that question — Masters leveraging Trump’s support to try to push the party in a more nationalist or populist direction on trade, foreign policy, family policy, other issues, and Lake just promising to stop the next (alleged) steal. Or do we think that it’s all the same phenomenon underneath?

Bovard: A very significant part of Trump’s appeal, what he perhaps taught the G.O.P., was that he spoke for voters who stood outside of party orthodoxy on a number of issues. And that’s where Masters tried to distinguish himself. He had a provocative campaign message early in his campaign: American families should be able to survive on a single income. That presents all kinds of challenges to standard Republican economic policy, how we think about family policy and how the two fit together. He also seems to be fearless in the culture wars, something else that Republicans are anxious to see.

So this constant distilling into the “Big Lie” overlooks something key: A sea change is slowly happening on the right as it relates to policy expectations.

Miller: But you know who distilled the Masters campaign into the “Big Lie”? Blake Masters. One of his ads begins, “I think Trump won in 2020.” This is an insane view, and I assume none of us think Masters really believes it. So fealty to Trump’s delusions is the opening ante here. Had Masters run a campaign about his niche, Peter Thiel-influenced issue obsessions but said Trump lost and he was harming Republican voters by continuing to delude them about our democracy, he would’ve lost like Rusty Bowers did.