Opinion | Dancing Near the Edge of a Lost Democracy 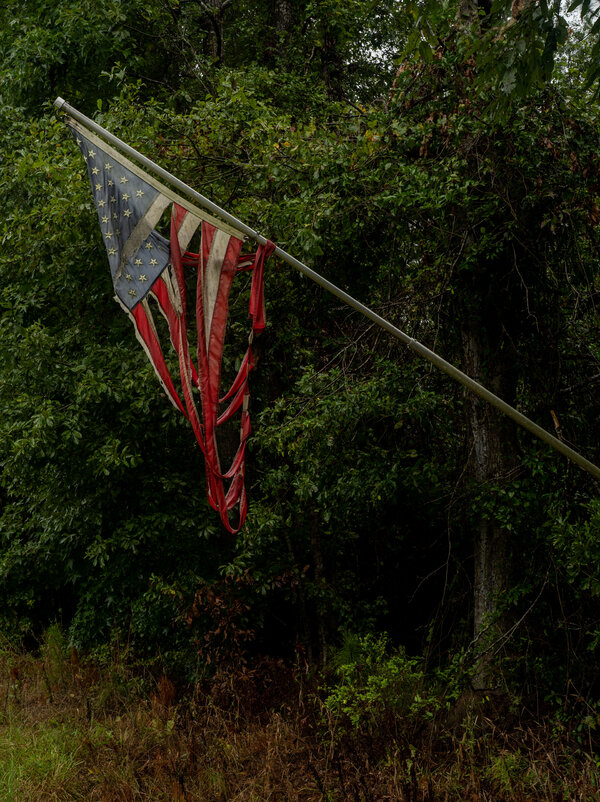 One of the most sobering statements from President Biden’s speech last week on protecting democracy was one that might well have gone unnoticed by many who heard it or read about it.

In the speech, Biden pointed out, “The remarkable thing about American democracy is this: Just enough of us, on just enough occasions, have chosen not to dismantle democracy but to preserve democracy.”

The sentence is damning. The dismantling of our democracy is just one apathetic electorate, one slate of voter suppression laws or one barrage of misinformation away.

Modern presidential elections don’t often end in landslides. In fact, no president has won by a margin of the popular vote greater than 10 percentage points since Ronald Reagan in 1984. Biden’s margin of victory over Donald Trump was only four percentage points.

These slim margins are obscured by the flaws and peculiarities of our electoral process, how small states are overrepresented and most states award electors on a winner-take-all basis.

Biden won Georgia by just over 12,000 votes, which was just 0.2 percent of the votes cast in the state, but Biden got all 16 of the state’s electoral votes. That’s how we elect presidents in this country.

But that same fluke means that the country’s last two Republican presidents were able to win the Electoral College while losing the popular vote — George Bush in 2000 and Trump in 2016.

This is all to say that we are always a cat’s whisker away from calamity.

And that doesn’t go only for presidential elections. The same dilemma has plagued this year’s midterms as control of Congress hangs in the balance, with the antidemocracy barbarians at the door.

It is widely believed that Republicans will retake control of the House of Representatives, the only question being by what margin. But the control of the Senate is very much in play, with some of the most hotly contested races playing out in states that often swing presidential elections, like Georgia, Pennsylvania, Arizona and Wisconsin.

In each of these states, the Republican candidates for the Senate have at one time either openly denied the results of the 2020 election or pushed false claims of fraud about that election.

Those candidates have a chance to win, but even if they don’t, the damage their election denialism has done will linger. We are witnessing a generational curse being cast.

Faith and doubt are opposites, but they operate using the same emotional energy, much like love and hate. And they are sticky.

Republicans have turned doubt about the 2020 election — and about the legitimacy of any elections they lose — into a test of faith. It is the crucible through which one must pass to be a modern Republican in good standing. You are true only if you swallow the lie.

Many elected officials and operatives are simply being opportunists, using the lie to excite voters or to benefit from the zealotry the lie has spawned. But for many Trump followers, the lie is gospel. It is being welded not only to the psyche but also to the soul.

This mass delusion will not be easy to dislodge.

When we have a deep faith in something, we find a comfort in it. Faith is precious, an improbable thing, a gift the mind created to soothe and assure. We do not relinquish it lightly.

Faith and doubt linger like the ghosts of a lost soul. Even when we accept evidence that renders the idea in which we placed our faith false, the mind very often clings to a bit of what it had felt and believed.

This is natural. This is human. But this is a problem for our democracy. The people fighting to save democracy are doing so with fact, but the people willing and working to destroy it are operating on a feeling. The former is relying on data and the latter on dogma.

These are different languages speaking to different facets of the human experience. The antidemocracy faithful cannot and will not be dissuaded by facts. Faith, which doesn’t require evidence, can be fed and affirmed by things that aren’t true. And that is precisely what is happening.

That faith doesn’t even allow for the notion that destroying democracy would be bad, or markedly worse than present conditions. So people may even believe that they will benefit from democracy’s demise.

This is Trump’s twisted legacy, something that will endure, no matter what happens during these midterms and whether he runs once more for president. The damage he has done and continues to do will, in the end, be far bigger than he ever was.

He has given birth to a distortion that will long outlive him.

As Biden pointed out, the country is perilously close to installing officials who want to undo it and remake it, who want a partial democracy or none at all. America is one bad election away from being a memory.