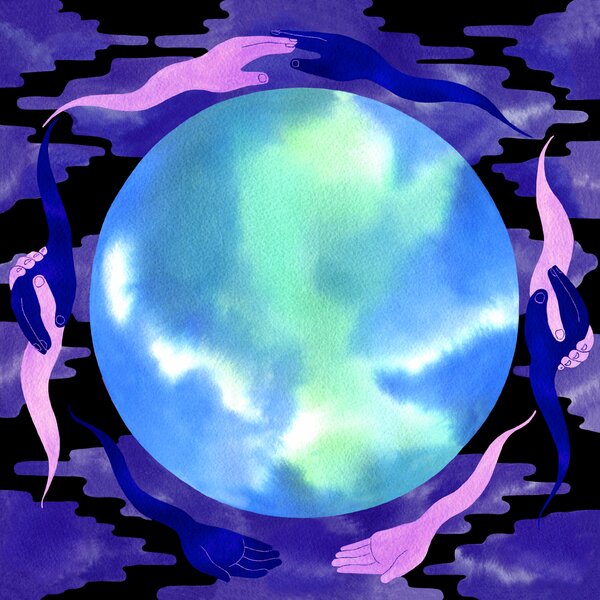 On Earth Day, a 50-year-old man from Boulder, Colo., named Wynn Bruce set himself on fire in front of the Supreme Court. Friends and family members told reporters they believed his act was a principled protest in the name of the climate crisis.

It is not clear why Mr. Bruce self-immolated. We do know that climate despair and desperation lurk in the shadows all around us. In a 2021 global survey of 10,000 people ages 16 to 25 published in The Lancet Planetary Health, 56 percent said that humanity was doomed, and 45 percent said climate anxiety affected their daily lives. And while therapists, researchers and the news media are beginning to explore climate anxiety and pre-traumatic stress disorder, these conditions are still mostly ignored in our public conversations about mental health.

The climate emergency hurts because we love this world. We love our families, humanity, and the web of life. But how do we turn that pain into action?

In 2013, I was finishing my Ph.D. in clinical psychology, preparing to enter private practice and becoming more alarmed by the climate emergency. The direct effects — more intense drought, sea-level rise, superstorms and heat waves — terrified me. I was also alarmed to learn that climate change has already damaged global food security, and threatens the food supply, especially in developing countries, if we don’t make sweeping policy changes.

I resolved to use my psychological expertise to help Americans wake up from the delusion of normalcy, and treat climate like an emergency. This meant developing a psychologically informed strategy, and building a grass-roots advocacy organization to advance it. It also meant inviting hundreds of people to share their emotional reactions to the climate emergency in structured in-person conversations, and on a virtual platform.

In these “climate emotions conversations,” participants often speak of their grief, terror, rage, shock, betrayal, guilt and alienation. Many report it is their first time ever putting these feelings into words. While painful, these emotions are healthy and critical to mounting a protective response. We can welcome them with curiosity, respect and compassion for ourselves.

We can also pour them into disruptive protest and nonviolent direct action, which as history and social science demonstrate, are the fastest path to transformative change. For example, in 2019, after weeks of protests that shut down parts of London led by the climate activist group Extinction Rebellion, Britain declared a climate emergency and became the first major economy to legally commit to reaching “net zero” emissions by 2050.