A late-season blaze that started on Friday grew to 1,500 acres in the scenic region of California. 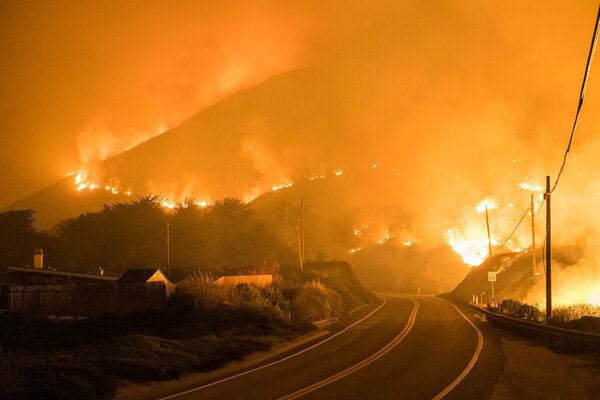 Over 500 residents in the Big Sur area in California were told to evacuate Friday night as a brush fire spread through the mountainous coastal region known for its winding turns and dramatic cliffs.

The fire was “stubbornly active overnight,” according to the National Weather Service, as intense, gusty winds of up to 50 miles per hour blew the flames erratically along the area’s steep canyons. By Saturday morning, the fire — known as the Colorado fire — grew to 1,500 acres after starting a little after 5 p.m. on Friday in the Palo Colorado Canyon area. Just one structure had burned by Saturday. The cause of the fire, which on Saturday afternoon was 5 percent contained, is under investigation.

“Anecdotally it seems as though the long-term drought is acting like a chronic illness where even recent rains” and cold winter weather “isn’t helping to keep fires from developing,” the National Weather Service said.

Though California fires typically peak in the summer, major blazes have occurred in December and January in recent years.