Testimony by a Canadian prime minister before a parliamentary committee is very unusual and last happened in 2006. 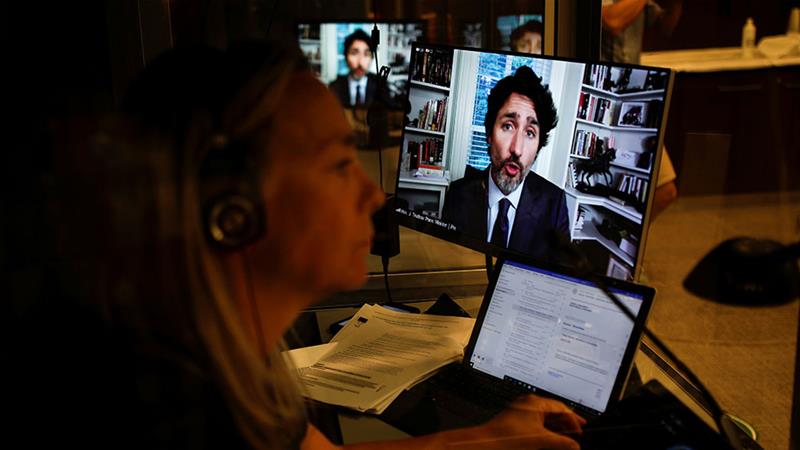 Canadian Prime Minister Justin Trudeau denied on Thursday that a charity picked by the government to manage a major student grant programme received preferential treatment, although it had ties to his family.

The escalating scandal over a multimillion-dollar programme granted to WE Charity Canada has hurt Trudeau in the polls, with his Liberal Party slipping to a four-point lead over the opposition Conservatives, an Abacus Data poll showed Thursday.

The Liberal-led government’s popularity had soared amid Canada’s response to the COVID-19 crisis.

“WE Charity received no preferential treatment, not from me, not from anyone else,” Trudeau said in an opening statement. “The public service recommended WE Charity. I did absolutely nothing to influence that recommendation.”

“How much?,” “Just the dollar figure.”: MP Pierre Poilievre repeatedly asks PM Trudeau how much money his family has been paid by WE.

That is in line with the testimony from the civil service to the same committee. Amid the frantic effort to push programmes out the door to help Canadians during the pandemic, the civil service recommended WE Charity as the only organisation able to deliver the $500 million Canadian dollars ($372m) programme quickly.

The government had previously said the programme would grant up to $900 million Canadian dollars ($670m) to students.

The prime minister has already apologised publicly for participating in the Cabinet decision to pick WE Charity to administer the grant programme because it created a perception of conflict of interest. The charity backed out shortly after the programme was announced.

Testimony by a Canadian prime minister before a parliamentary committee is very unusual. It last happened in 2006, when then-Prime Minister Stephen Harper appeared at one to speak about Senate reform.

“We could have done better,” Trudeau’s chief of staff, Katie Telford, told the same committee after the prime minister spoke. She said another layer of scrutiny could have been added to dispel any perception of conflict of interest.

“Partnerships” and “exec files” files were taken out of We HQ Wednesday. Not sure where they were headed? Wonder if any of whatever info is in these boxes will come up today when ⁦@JustinTrudeau⁩ is on the stand? ⁦@craigkielburger⁩ can you tell us what this was about? pic.twitter.com/3N9ZRUqg9L

Trudeau’s testimony comes after he was put under investigation for possible conflict-of-interest violations. It is the third ethics probe he has faced in three years.

Canada’s ethics commissioner launched the investigation after WE Charity disclosed that it had paid Trudeau’s mother and brother for speaking appearances.

Both the prime minister and his wife, Sophie Gregoire Trudeau, have regularly participated in WE Charity events.