US wildfires: Half a million flee Oregon as 10 confirmed dead in California

More than half a million people have been forced to evacuate their homes in Oregon as wildfires across the US West Coast continue to rage, killing several people.

At least 100 wildfires are burning across 12 western US states, with more than 10% of hard-hit Oregon‘s 4.2 million population told to flee their properties.

Governor Kate Brown said the state had never before seen as much contained wildfire burning at once, with up to 900,000 acres ravaged in just the past week – nearly twice the yearly average. 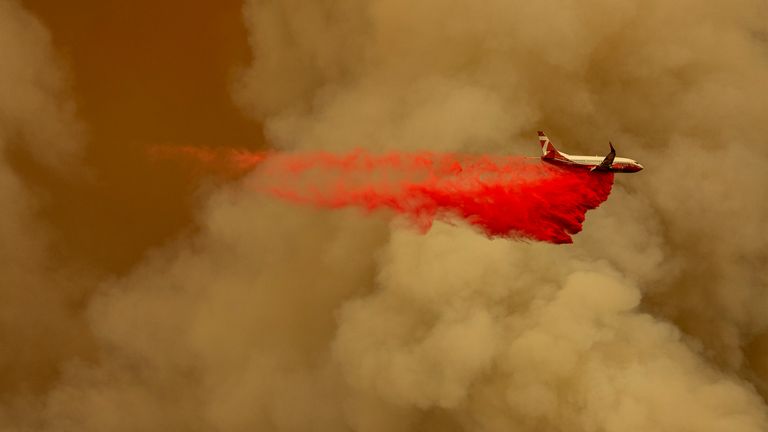 Investigators say one fire in Oregon might have been lit deliberately after two bodies were found and around 600 homes were destroyed. More victims are expected to be found as search teams continue to look through wreckage.

Meanwhile, around 150 homes were destroyed near the community of Happy Camp along the Oregon border, with one person confirmed dead, the Siskiyou County Sheriff’s Office said.

Hot and dry winds are fanning the flames which are feeding on drought-sapped vegetation, with California, Oregon and Washington state worst affected.

At least 10 people in California are known to have died and around 16 people are missing as fires continue to wreak havoc. Seven bodies were found in California on Thursday, a day after three other victims were discovered. More bodies could be found as fire crews begin to make their way into devastated areas.

One fire was half contained when winds accelerated its growth on Tuesday, driving it through the Sierra Nevada foothills and destroying much of the town of Berry Creek. More than 2,000 homes and other buildings have so far burned in the North Complex blaze – a collection of lightning sparked fires around 125 miles northeast of San Francisco.

Forecasters said winds were expected to remain lighter this week in the area, while dense smoke has knocked down the temperature slightly. 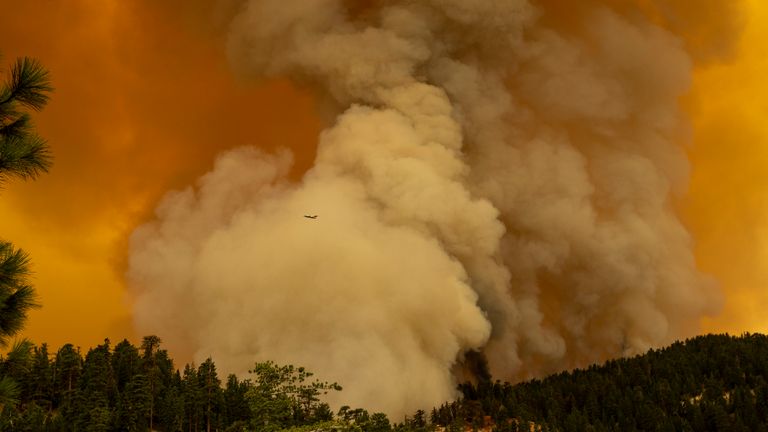 On Thursday, US President Donald Trump spoke with California Governor Gavin Newsom “to express his condolences for the loss of life and reiterate the administration’s full support to help those on the front lines of the fires,” according to White House spokesman Judd Deere.

Around 14,000 firefighters are actively working to contain 29 major wildfires from the Oregon border to just north of Mexico, though California was almost entirely free of critical fire weather warnings after days of hot, dry conditions and the threat of strong winds.

A number of fires continued to burn in Washington and Oregon and dense smoke blanketed much of the West Coast on Thursday morning, darkening skies with air pollution.