US trial of Mexico's 'El Chapo' to begin amid heavy security

Nearly two years after his extradition, the long-awaited trial of Joaquin ‘El Chapo’ Guzman is set to begin in New York. 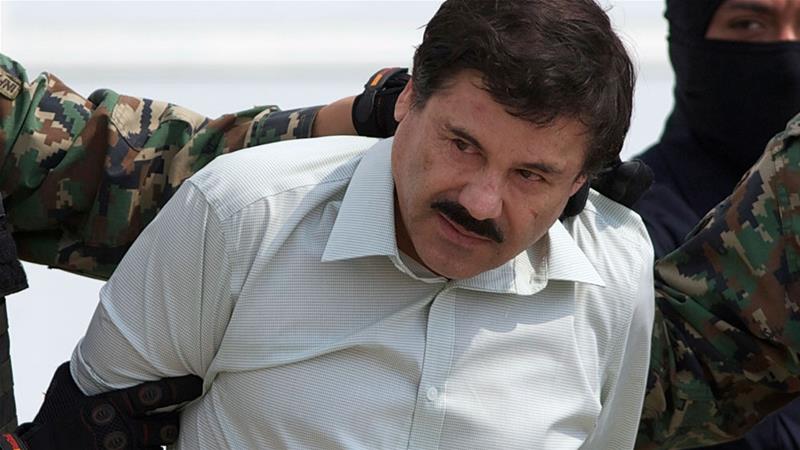 The trial of accused Mexican drug lord Joaquin “El Chapo” Guzman will begin with lawyers’ opening statements in a federal court in Brooklyn on Tuesday, amid intense public attention and extraordinary security measures.

As well as smuggling drugs to the US, the Sinaloa Cartel has played a major role in narco-violence between rival gangs that has torn areas of Mexico apart and defied successive governments.

More than 200,000 people have been killed – many in cartel feuds – since the Mexican government sent troops to take on the drug gangs in 2006.

Guzman’s lawyers have signalled that they intend to downplay their client’s role in the cartel and argue that the prosecutors’ witnesses are motivated by self-interest and not believable.

“Now that trial is upon us, it is time to put up or shut up,” said Eduardo Balarezo, one of Guzman’s attorneys. 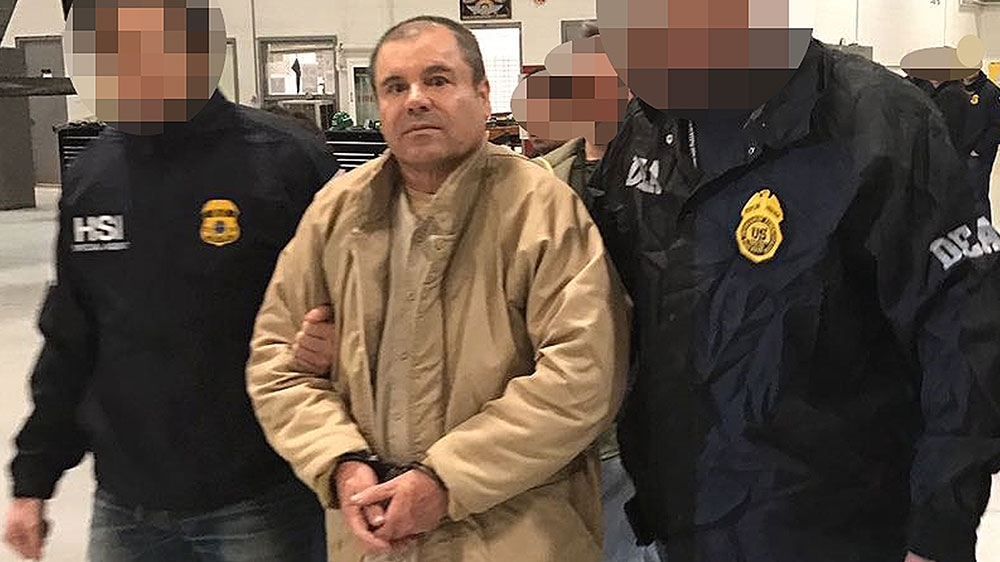 Guzman, who twice dramatically escaped from Mexican maximum security prisons, has been kept in solitary confinement in Manhattan and transported to court in Brooklyn in a heavily guarded motorcade.

The security around him is so strict that US District Judge Brian Cogan, who is presiding over the case, last week denied a motion by Guzman asking to hug his wife before the trial.

The jurors will remain anonymous and be escorted to and from by armed US marshals. Prosecutors have said the security is necessary because of Guzman’s history of intimidating and even ordering murders of potential witnesses. Guzman’s lawyers have called those claims unfounded.

Guzman was one of the world’s most wanted fugitives until he was captured in January 2016 in his native Sinaloa. He was extradited to the United States a year later.

In 2009, Forbes Magazine put him on its list of the world’s richest people, with an estimated one billion-dollar fortune but investigators say it is impossible to know exactly how much he was worth.

Guzman used his wealth to buy off politicians, police chiefs, soldiers and judges, Mexican prosecutors say. His nickname, a reference to his 1.67 metres height, is often translated in English as “Shorty”.

Prosecutors have said they will use thousands of documents, videos and recordings as evidence, including material related to drug smugglers’ safe houses, Guzman’s 2015 prison escape and the law enforcement operation to recapture him.

Prosecutors have also taken extraordinary measures to protect witnesses they plan to call during the trial, which could last up to four months.

More than a dozen cooperating witnesses are scheduled to testify. Prosecutors say they risk retribution by taking the stand and the court has taken some steps to conceal their identities. Judge Cogan barred courtroom sketch artists from drawing them. 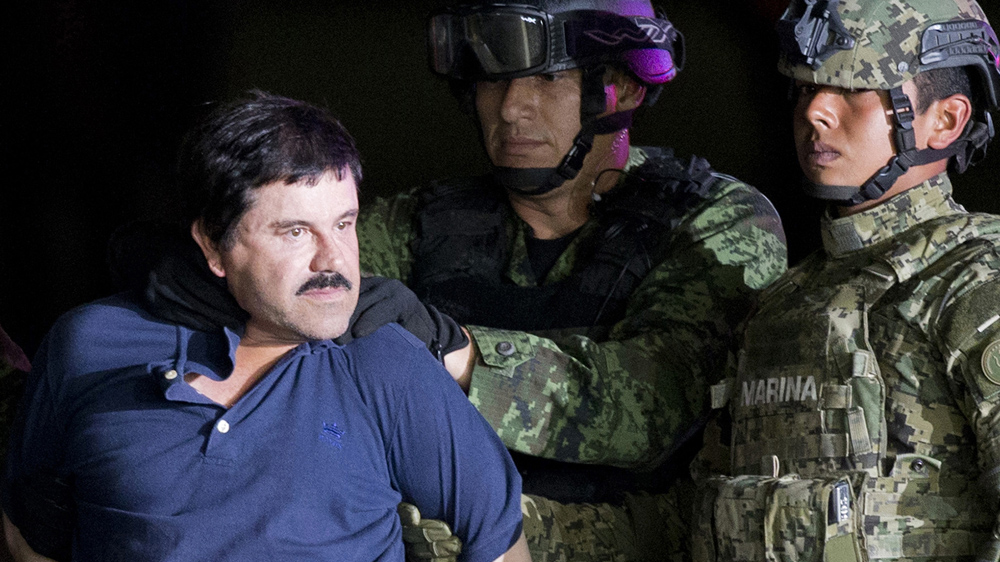 Several former Guzman associates are known to have struck deals to cooperate with US prosecutors, raising the possibility that they will appear on the witness stand.

Beltran Leyva, once a partner and later a rival of Guzman, was found guilty of US drug charges and sentenced to life in prison by a federal judge in Washington last year.

‘Leaving the era of the kingpin’

Mexican security analyst Alejandro Hope said it created “something of a civil war within the Sinaloa cartel” that has essentially ended with the arrest of internal rivals and allowed his sons to take control of what remains a “weakened” but far-from-finished smuggling operation.

Hope told The Associated Press that he has seen no sign that Guzman’s extradition and jailing in the US had a major effect on drug flows or routes.

“But symbolically, I think it’s important. It’s a bit of an end of an era. There are very few kingpins of that size left, of that importance,” Hope said. “We are actually leaving behind that era, the era of the kingpin.” Smaller gangs now dominate, he said. 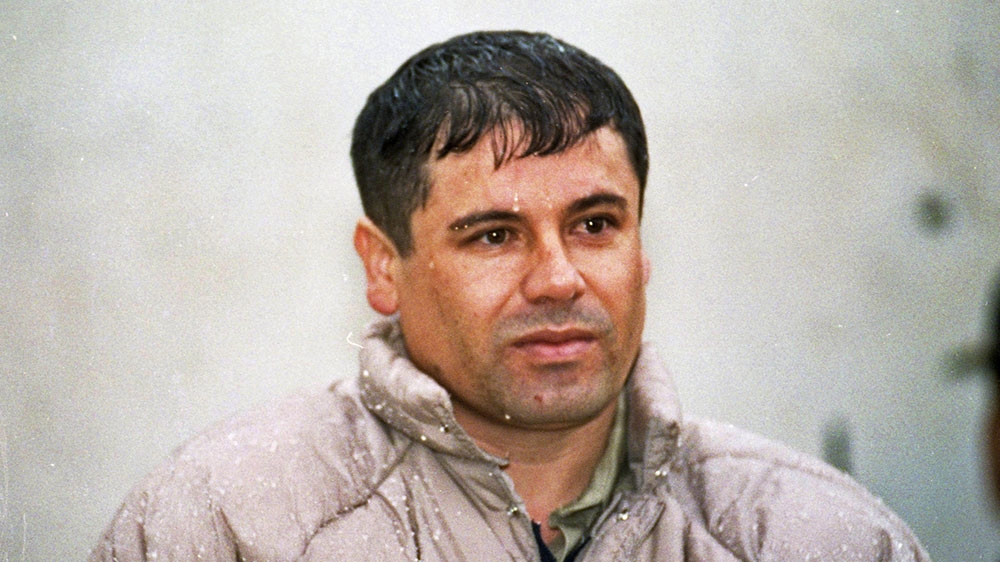 Raul Benitez, a security expert and professor at the National Autonomous University of Mexico, said Guzman’s oversized myth has been fading, too.

In Mexico, news stories about Guzman’s trial have been prominent in the media even though it’s viewed by some as old history.

“He is totally isolated. He cannot approach anyone. His wife was not even able to approach him. So, he is now out of the game,” Benitez said.

Whether he is out for good will be decided by an anonymous jury of seven women and five men. The trial is expected to last into next year.