US tax refunds ‘safe from shutdown’ 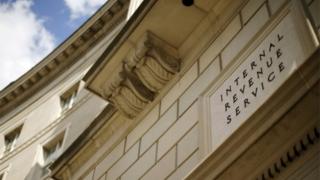 Millions of US taxpayers will still receive refunds despite an ongoing partial government shutdown, the White House has said.

The decision comes as President Donald Trump weighs declaring an emergency over his demand for border wall funding, the cause of the shutdown.

The stalemate over the proposed Mexico border wall is now in its third week.

“We have tried to make this as painless as possible, consistent with the law,” he said.

US residents are required to file tax papers by 15 April and can later receive refunds from the government based on income. Last year, the IRS issued billions of dollars in refunds – an average of more than $2,000 (£1,600) per filing.

The shutdown, which began on 22 December, has affected 25% of the government and seen some 800,000 federal employees furloughed – temporarily laid off – or forced to work without pay.

It is unclear how the IRS will process returns as about 90% of the agency’s employees remain furloughed.

Any IRS employees brought back to process these tax refunds will not be paid until the shutdown ends. 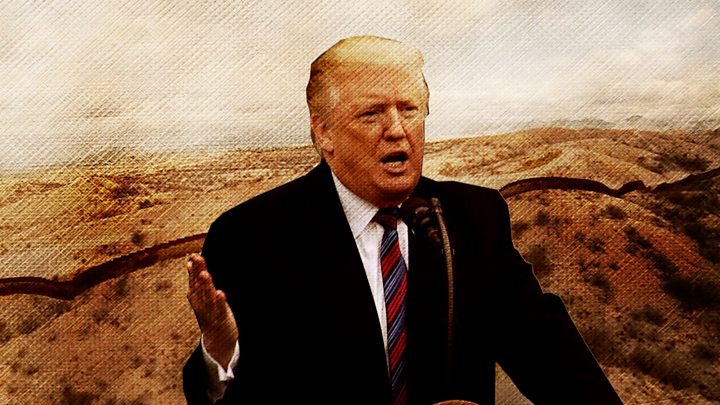 While the shutdown’s repercussions ripple across the country, Vice-President Mike Pence has told reporters the president has not yet decided whether to declare a national emergency in order to bypass congressional approval for the US-Mexico border wall.

Mr Trump is set to address the nation on Tuesday on what he describes as a national security and humanitarian crisis at the southern border.

I am pleased to inform you that I will Address the Nation on the Humanitarian and National Security crisis on our Southern Border. Tuesday night at 9:00 P.M. Eastern.

He could direct military construction projects under a national emergency declaration, but the money would have to come from defence funds and would probably face legal challenges from opposition Democrats.

Mr Trump had directed Mr Pence and Democrats to meet over the weekend for negotiations.

“The president’s position is: there is a crisis at the southern border, and Democrats are refusing to negotiate,” the vice-president said on Monday.

Mr Pence also said the tax return decision was a part of Mr Trump’s directive to “mitigate the impact of the shutdown on everyday Americans”.

As the first tax season under the Republicans’ new tax reform, the president’s party is also under pressure to prove that their legislation has benefited the country.

Mr Trump has repeatedly said he would let the shutdown drag on rather than compromise.

On Sunday, he told reporters: “The shutdown could end tomorrow or go on a long time. It really depends on the Democrats.”

Democrats in the House of Representatives, meanwhile, have pushed for legislation without wall funding to re-open the government as the debate continues.

How did we get here?

Partial shutdowns occur when Congress cannot agree a budget by a certain deadline or the president refuses to sign it.

That happened on 22 December and a quarter of the government has been closed since, leaving some 800,000 workers either furloughed or working without pay.

The Senate had actually reached bipartisan agreement on a budget but Mr Trump then refused to back it, demanding the funding for the wall.

The House then passed a bill including funding for the wall, when the Republicans still had a majority there, but they could not get the necessary 60 votes in the 100-seat Senate. 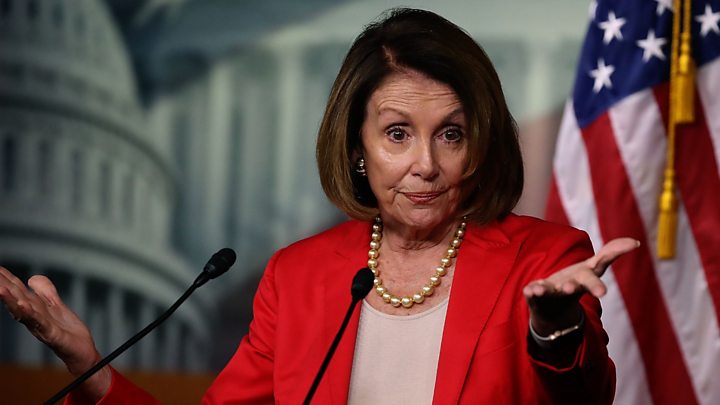 When the Democrats took control of the new House last week, they passed spending bills to reopen the government. The leader of the Republican-controlled Senate, Mitch McConnell, immediately called the move “a time-wasting act of political posturing”.

As the shutdown begins its third week, it means:

Are you a federal employee or contractor affected by the government shutdown? Share your experiences by emailing haveyoursay@bbc.co.uk.

Please include a contact number if you are willing to speak to a BBC journalist. You can also contact us in the following ways:

Or use the form below

If you are happy to be contacted by a BBC journalist please leave a telephone number that we can
contact you on. In some cases a selection of your comments will be published, displaying your name as
you provide it and location, unless you state otherwise. Your contact details will never be published.
When sending us pictures, video or eyewitness accounts at no time should you endanger yourself or others,
take any unnecessary risks or infringe any laws. Please ensure you have read the terms and conditions.