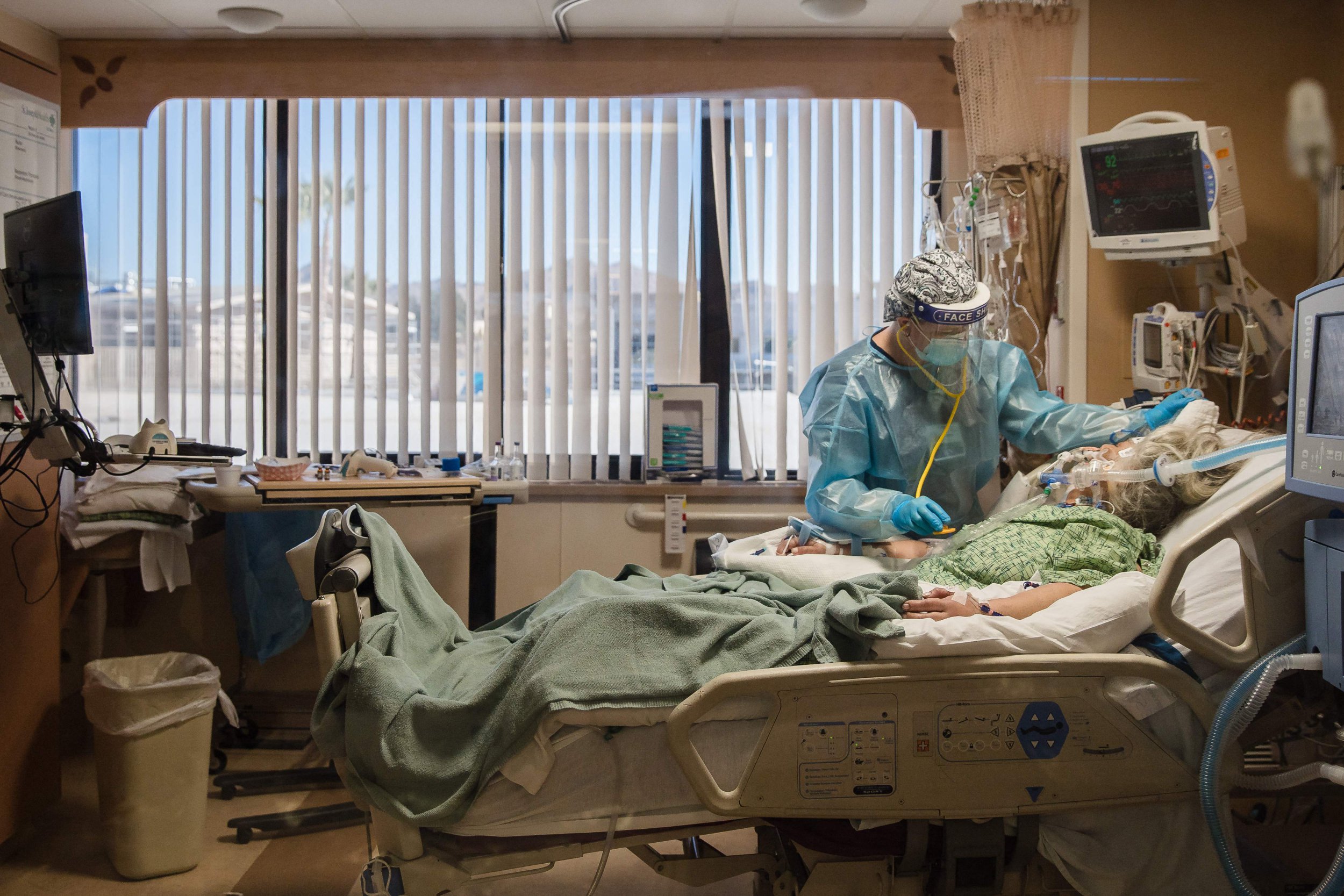 The US reached the unimaginable milestone of one million Covid-19 deaths on Tuesday, according to data collected by Johns Hopkins University.

The tragic milestone was reached as a report led by Brown University and Brigham and Women’s Hospital found that at least 318,000 of the deaths could have been prevented had people received the Covid vaccine.

The new analysis concluded that nearly one-third of the Covid-related deaths confirmed between January 2021 and April 2022 could have been prevented if more people received their vaccination against the virus.

Findings from the study suggest that at least ‘every second person’ who died from the coronavirus since vaccines became available might have been spared had they gotten the vaccine.

‘At a time when many in the US have given up on vaccinations, these numbers are a stark reminder of the effectiveness of vaccines in fighting this pandemic,’ said Stefanie Friedhoff, a co-author of the analysis.

Coronavirus vaccines first became available in December 2020, and early on, were only made available to select groups, like elderly, immunocompromised individuals and front-line workers.

By late spring 2021, eligibility had expanded to include most people aged 16 or older.

The study found that West Virginia, Wyoming, Tennessee, Kentucky and Oklahoma were the states where the most lives could have been saved if more people were vaccinated. Whereas states and territories with higher vaccination rates, like Massachusetts, Vermont, Hawaii, Washington DC and Puerto Rico showed the lowest numbers of vaccine-preventable deaths.

Over 220million Americans have been fully vaccinated to date, with about 100million only having received their first Covid-19 booster, according to the CDC.

‘I think it’s reasonable to say that likely more than 300,000 deaths were preventable,’ Dr David Dowdy, an epidemiologist at the Johns Hopkins told USA Today.

‘Three hundred thousand people is the size of a midsize city. And to think we could have prevented that number of people from dying just by doing a better job of getting a very safe and highly effective vaccine into people is tragic,’ he added.

‘New York City has transitioned to a high Covid alert level, meaning now is the time to double down on protecting ourselves and each other by making choices that can keep our friends, neighbors, relatives and coworkers from getting sick,’ said Dr Ashwin Vasan, the city’s health commissioner.

Health officials are urging city residents to wear a high-quality mask, like a KN95 or N95, when in shared, indoor spaces due to ‘high’ alert level, which signifies 10 new hospital admissions for Covid treatment for every 100,000 residents.

This week the Biden administration also announced that US households could once again order additional Covid tests to be sent to their homes for free. The government first launched the website to order free tests in January, and allowed Americans to order a second round for free in March.

Each household can order an additional eight free at-home tests now at COVIDTest.gov.