US students suspended for ‘unacceptable’ photo 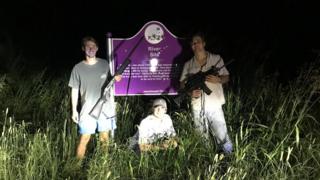 Three US university students have been suspended from their fraternity after posing with guns in front of a memorial honouring a slain civil rights icon.

The photo, obtained by the Mississippi Center for Investigative Reporting and ProPublica, shows the three brandishing firearms by the bullet-ridden sign.

The memorial honours 14-year-old Emmett Till, whose torture and murder in 1955 galvanised the civil rights movement.

The three may now face an investigation by the Department of Justice.

“The photo is inappropriate, insensitive and unacceptable,” said a representative of the Kappa Alpha fraternity’s national order in a statement. “It does not represent our chapter.”

The fraternity’s University of Mississippi chapter did not return a request for comment.

According to ProPublica and the Mississippi Center for Investigative Reporting, one of the students posted the photo to his private Instagram account in March 2018.

It shows the students in front of a plaque marking the spot where Till’s body was recovered, part of a wider memorial effort by the Emmett Till Memorial Commission.

Ole Miss student Ben LeClere holds a shotgun, while his Kappa Alpha fraternity brother, John Lowe, squats below the sign for Till, the outlets reported. A third student stands with an AR-15 semi-automatic rifle.

Mr LeClere reportedly posted the picture on Mr Lowe’s birthday, accompanied with the caption “one of Memphis’s finest and the worst influence I’ve ever met”.

According to the outlets, the photo received 274 likes before it was taken down.

Mr LeClere and Mr Lowe were not able to be reached for comment.

Though the students have been suspended from their fraternity, they have not yet been disciplined by their university, which did not respond to requests for comment.

A spokesman for the school, Rod Guajardo, told the Mississippi Center for Investigative Reporting and ProPublica that while the photo was offensive “it does not violate the school’s code of conduct”.

“We stand ready to assist the fraternity with educational opportunities for those members and the chapter,” Mr Guajardo said.

Both the FBI and the Justice Department’s Civil Rights Division have been alerted to the photo by the university for further investigation, the outlets report.

What happened to Emmett Till?

Till was brutally murdered in August 1955 for apparently whistling at a white woman. He was beaten so badly that his face was unrecognisable when the corpse was recovered from the Tallahatchie River three days after the attack.

The two white men known locally to have carried out the attack were acquitted by an all-white, all-male jury.

It is unclear if the sign – pocked with bullet holes in the photo – was damaged by the students themselves.

Patrick Weems, executive director of the Emmett Till Memorial Commission, said the memorial site honouring Till is the subject of constant abuse.

“From the beginning, we’ve had an ongoing struggle to keep the memorials up,” said Mr Weems. “There are obviously some folks out there who don’t want this story to be told.”

“For me, as a white Mississippian, there’s an inclination to say this is not just three lone white students. This is what happens when we don’t teach our history.” 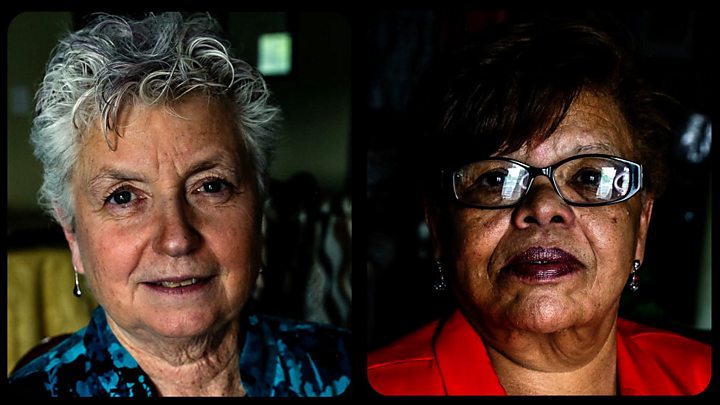