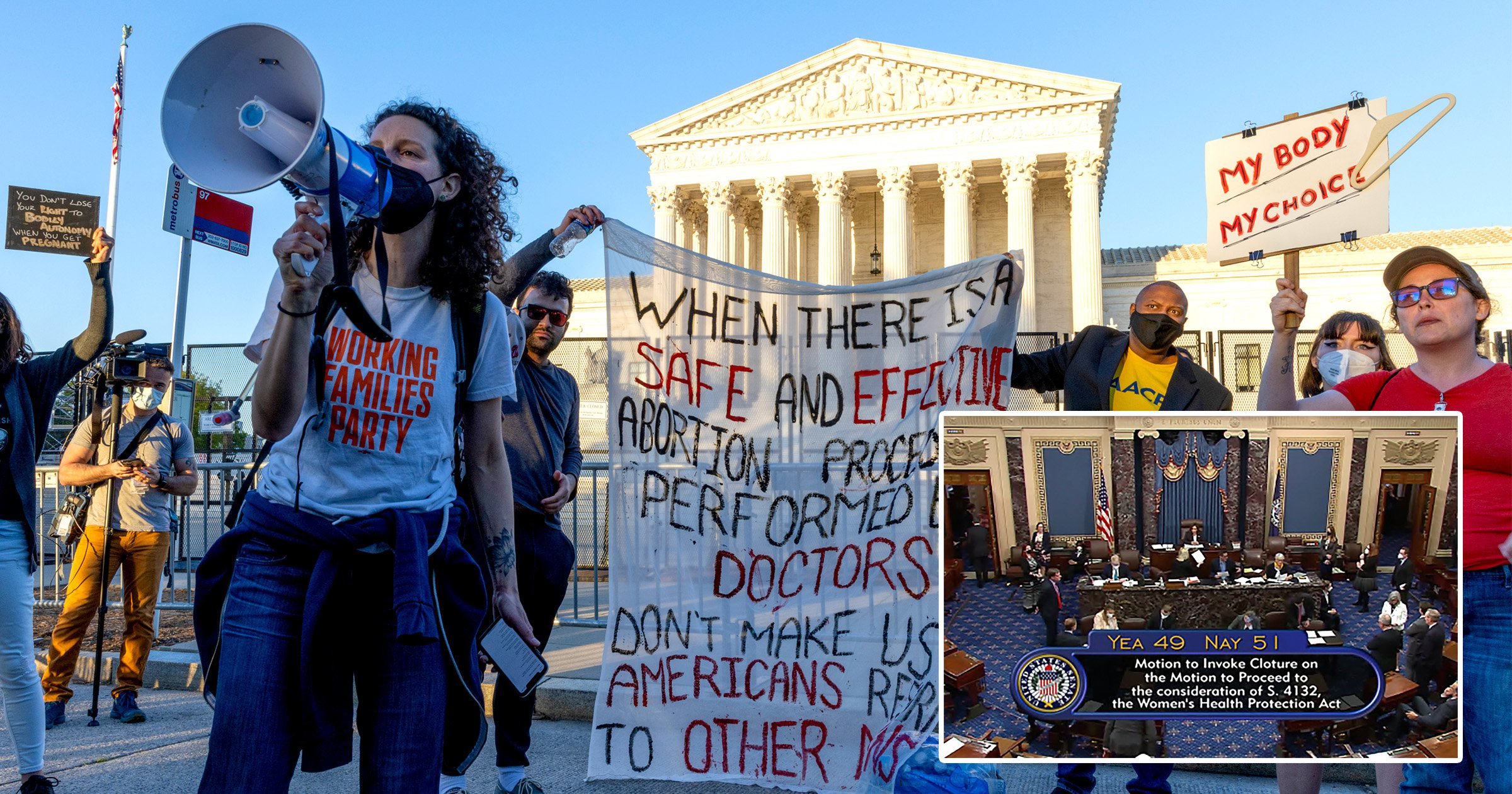 The US Senate has failed to pass a Democratic-led bill that would protect access to abortions nationwide, ahead of the Supreme Court’s final Roe v Wade decision.

On a 51-49 vote, Democrats on Wednesday afternoon fell short of the 60 votes needed to codify abortion rights.

All 50 Republicans opposed the bill and were joined by one Democrat, Senator Joe Manchin.

The measure was expected to fail, given the 50-50 Republican-Democrat split in the Senate. However, the bill presented an opportunity for Democrats to show support for abortion rights – and even Vice President Kamala Harris appeared in order to preside over the vote.

As the vote took place, female members of the House Progressive Caucus marched to the Senate chamber chanting, ‘My body, my decision’.

On Wednesday, Manchin told reporters: ‘We’re going to be voting on a piece of legislation, which I will not vote for today.’

Breaking news, check back for updates…