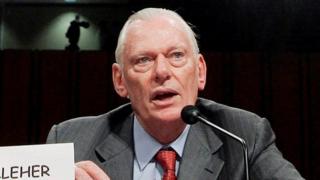 The company described him as “a pioneer, a maverick and an innovator” who disrupted the airline industry “by making flying both fun and affordable”.

He is survived by his wife Joan and three of their four children.

Founded in 1967, his airline initially aimed to provide cheap flights between the Texas cities of Houston, Dallas and San Antonio.

However Mr Kelleher, who had trained as a lawyer, was forced to fight a legal battle after competitor airlines fought to prevent his planes from operating.

The Supreme Court of Texas eventually ruled in his favour and the airline began service in 1971.

“I knew nothing about airlines, which I think made me eminently qualified to start one,” Kelleher told National Public Radio in 2016, “because what we tried to do at Southwest was get away from the traditional way that airlines had done business.”

Since its early days, Southwest has expanded to become the world’s largest low-cost airline with more than 700 Boeing 737 jets making 4,000 flights a day, Business Insider reported.

“Herb’s passion, zest for life, and insatiable investment in relationships made lasting and immeasurable impressions on all who knew him,” Southwest said.

Many in the aviation industry have been paying tribute.