Two Black Students Won School Honors. Then Came the Calls for a Recount.

After two white families claimed a grade calculation error, a Mississippi school added their children as co-valedictorian and co-salutatorian, reviving questions about race and equity. 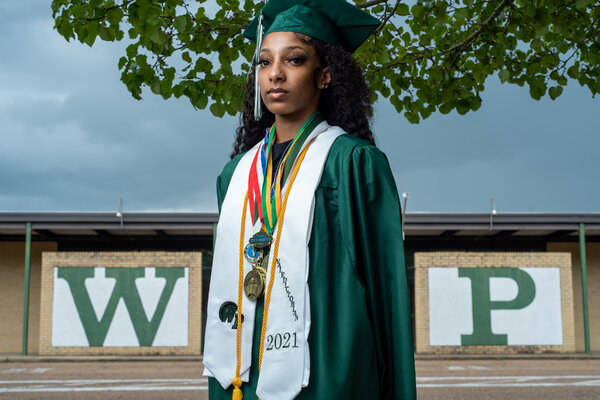 At first, it seemed a joyous occasion. There was an audible gasp in the room, then boisterous cheering and applause when the announcement was made: Ikeria Washington and Layla Temple had been named 2021 valedictorian and salutatorian for West Point High School.

The president of the local N.A.A.C.P. in West Point, Miss., Anner Cunningham, smiled as the two young women, both standout students, were photographed. “It was a beautiful and proud moment to witness two young, Black ladies standing side by side given such honors,” Ms. Cunningham said.

But almost immediately parents of other students near the top of the rankings raised questions about who should have been honored. Within days, and breaking with longstanding tradition, West Point High School decided to name two valedictorians and two salutatorians — with two white students, Emma Berry and Dominic Borgioli, joining the Black students who had already been named.

And in the nearly three weeks since that senior awards night, West Point, a mostly Black town in the northeastern part of the state, has been split largely along racial lines, roiled by a dispute that included threats, a potential lawsuit, and allegations of racism posted on Facebook.

Officials say that race had nothing to do with the events in West Point, but instead blamed a mistake made by a school counselor resulting largely from a confusion over which of two methods for calculating final grades should have been used.

In a world in which students, and their ambitious parents, fight for the tiniest edge over their classmates, West Point is hardly the first high school to see senior class honors veer into acrimony and legal issues. A dispute over the valedictorian designation recently prompted a lawsuit in Alpine, Texas, population 6,000.

In Mississippi, where some public schools once defied federal orders to admit Black students and issues of educational equity are still raw, who gets honored and how can dredge up painful questions that are impossible to disentangle from the state’s racial history. In the past five years, Black women in Cleveland, Miss., about 150 miles away, have twice filed federal lawsuits alleging they had been cheated in their school’s selection of valedictorian and salutatorian.

Lisa M. Ross, a lawyer in Jackson, the state capital, who has handled those cases, said questions about the selection process, and whether it is fair, are not uncommon.

“Every year around graduation I get calls from parents who are concerned that their children are being cheated out of valedictorian and salutatorian,” she said, later adding, “Race is really still a big struggle in Mississippi.” 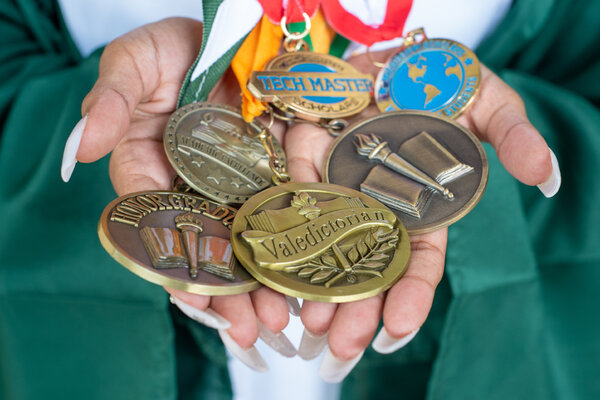 Ikeria’s mother, Angela Washington, was oblivious to any supposed miscalculation in West Point as she was leaving the auditorium after senior awards. But as she was accepting kudos and generally basking in her daughter’s glory, she said she overheard Emma pledging to challenge the decision to give the awards to Ikeria and Layla.

“She was upset. She had been crying. She thought it was going to be her night,” Ms. Washington said in an interview.

Emma’s father, Shawn Berry, was also upset, he said in an interview, because the family had kept up with his daughter’s averages and knew she was at the very top.

“We’ve been tracking this since she was in the seventh grade,” Mr. Berry said, adding that his daughter had repeatedly received awards for highest class rank over the years.

Melissa Borgioli was also confused. Her son, Dominic Borgioli, had been ranked third at the end of his junior year, but had “worked his butt off this year,” she said.

“I can’t say it without sounding like I’m bragging about my child, but he owned the awards day. Hall of fame, top this, male athlete with the highest G.P.A.,” she said. Why wasn’t Dominic in the top two, she wondered.

The parents of the just-named valedictorian and salutatorian left the ceremony, aware that Emma Berry and her father were upset, but thinking nothing of it. Over the next day, however, the parents of Emma and Dominic did their own homework.

At issue was just how to calculate who the top two students were. Ikeria and Layla won based on a calculation of quality point average or Q.P.A., a system of calculating grades that gave extra weight to advanced placement and dual credit courses. But, it turned out, Dominic and Emma were the top two finishers based on unweighted grade point average.