Trump administration handed small court victory in its effort to ban transgender people from serving in the US military. 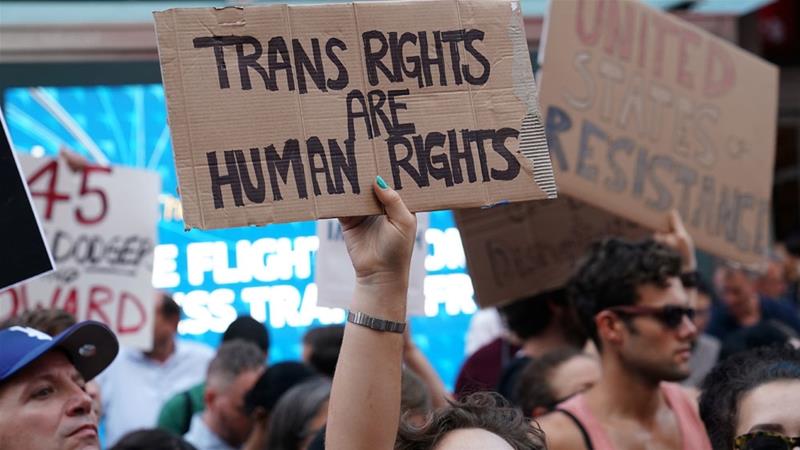 A United States federal appeals court on Friday handed President Donald Trump a victory in his effort to ban most transgender people from the military, ordering a lower court judge to reconsider her ruling against the policy, which the US Supreme Court later allowed to take effect.

The 9th US Circuit Court of Appeals set aside a ruling by US District Judge Marsha Pechman in Seattle, which said the ban likely violated the constitutional rights of transgender recruits and service members.

While not ruling on the case’s merits, a three-judge panel of the San Francisco-based appeals court said Pechman did not give the military’s judgment enough weight, and ordered her to give it more deference. That finding could strengthen Trump’s position on transgender troops going forward.

In January, the Supreme Court, which has a 5-4 conservative majority, lifted lower court injunctions that blocked the ban on constitutional grounds from going into effect, while challenges to its legality continued in lower courts.

The Supreme Court did not address the legality of the Republican president’s ban, which reversed a landmark 2016 policy of his Democratic predecessor, President Barack Obama.

That policy allowed transgender people for the first time to serve openly in the armed forces without fear of being discharged, and to receive medical care to transition genders.

Attorneys for the transgender service members who filed the lawsuit could not immediately be reached. A spokeswoman for the Department of Justice also could not be reached.

Pechman was one of four federal judges who ruled against the administration on the transgender troop ban, saying it likely violated the US Constitution’s equal protection guarantee.

Trump had announced the ban in July 2017, and has said the old policy led to “tremendous medical costs and disruption”. The president regularly cites incorrect figures for the costs of surgery.

In March 2018, Trump backed a revised policy from then-Defense Secretary James Mattis that banned, in some circumstances, transgender people with gender dysphoria, or distress resulting from internal conflict between physical gender and gender identity.

Mattis’s policy also banned transgender people who seek or have undergone gender transition steps. But it allowed people diagnosed with gender dysphoria during the Obama policy to stay in the military and serve according to their gender identity.

In April 2018, Pechman extended her injunction to the revised policy, finding no evidence that transgender troops reduced the military’s effectiveness, and saying the ban undermined the dignity of those troops.

She also said the new policy would “force transgender service members to suppress the very characteristic that defines them as transgender in the first place”.

In Friday’s decision, the appeals court said the 2018 policy “discriminates on the basis of transgender status” but was nevertheless “significantly different” from the 2017 ban.

It said that when reconsidering the government’s request to lift her injunction, Pechman “must apply appropriate military deference to its evaluation”.

The lawsuit was filed in August 2017 on behalf of current and aspiring Army and Navy personnel, including one stationed overseas with nearly 20 years of experience. Washington state later joined the plaintiffs.