The Ugly Side of New York’s Outdoor Dining Renaissance

When sidewalk cafes collide with the city’s inadequate response to homelessness. 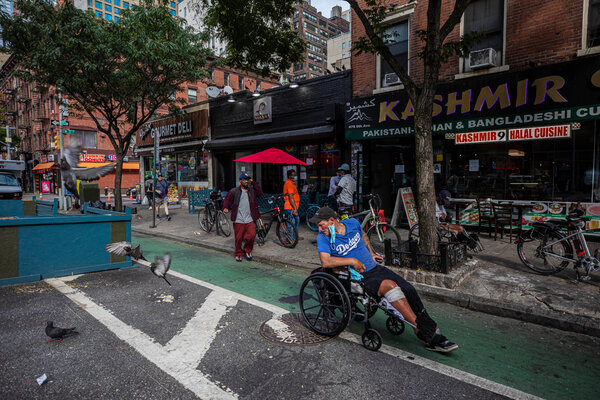 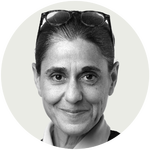 On Wednesday afternoon, at the height of the lunch hour, Nick Accardi sat in one of his three Hell’s Kitchen restaurants, Tavola, on Ninth Avenue, and looked out toward the empty tables that lined the street, with a sense of grievance and envy. It was not as though the other restaurants nearby were doing better. They were not. But this situation was an anomaly amid the city’s vibrant outdoor dining renaissance. Even later, in the no-man’s dining hour of 3 p.m., tables in the West Village and TriBeCa were lively and full.

The problem in Mr. Accardi’s view was the vagrancy and disorder furthered by the city’s placement of so many people experiencing homelessness — among them addicts and those who are seemingly struggling with mental illness — in hotels on the West Side of Midtown. Their suffering was obvious and immense. But what was he to do now that his own livelihood and the fate of his workers seemed so precarious?

In an effort to stem the spread of Covid in the shelter system, the Department of Social Services has used more than 60 hotels around the city to more safely disperse those with nowhere to live, a measure that has been largely successful.

Hell’s Kitchen, though, has long been a repository for social maladies — strung-out junkies hanging around the Port Authority, methadone clinics, the pedestrian dead zone at the entrance to the Lincoln Tunnel to New Jersey. Before coronavirus, Mr. Accardi could handle that — eating happened inside, anyway, at a remove. Now the situation had become untenable.

The pandemic has, in effect, created bitterly competing demands for our compassion, pitting need against need. A fire put out in one place creates the eruption of another somewhere else. “We are limited to seven tables,’’ Mr. Accardi said, explaining Covid restrictions for outdoor dining. “So even if I am at full capacity — and I’m one of the busiest guys on the block — I can barely pay my labor costs, let alone rent.”