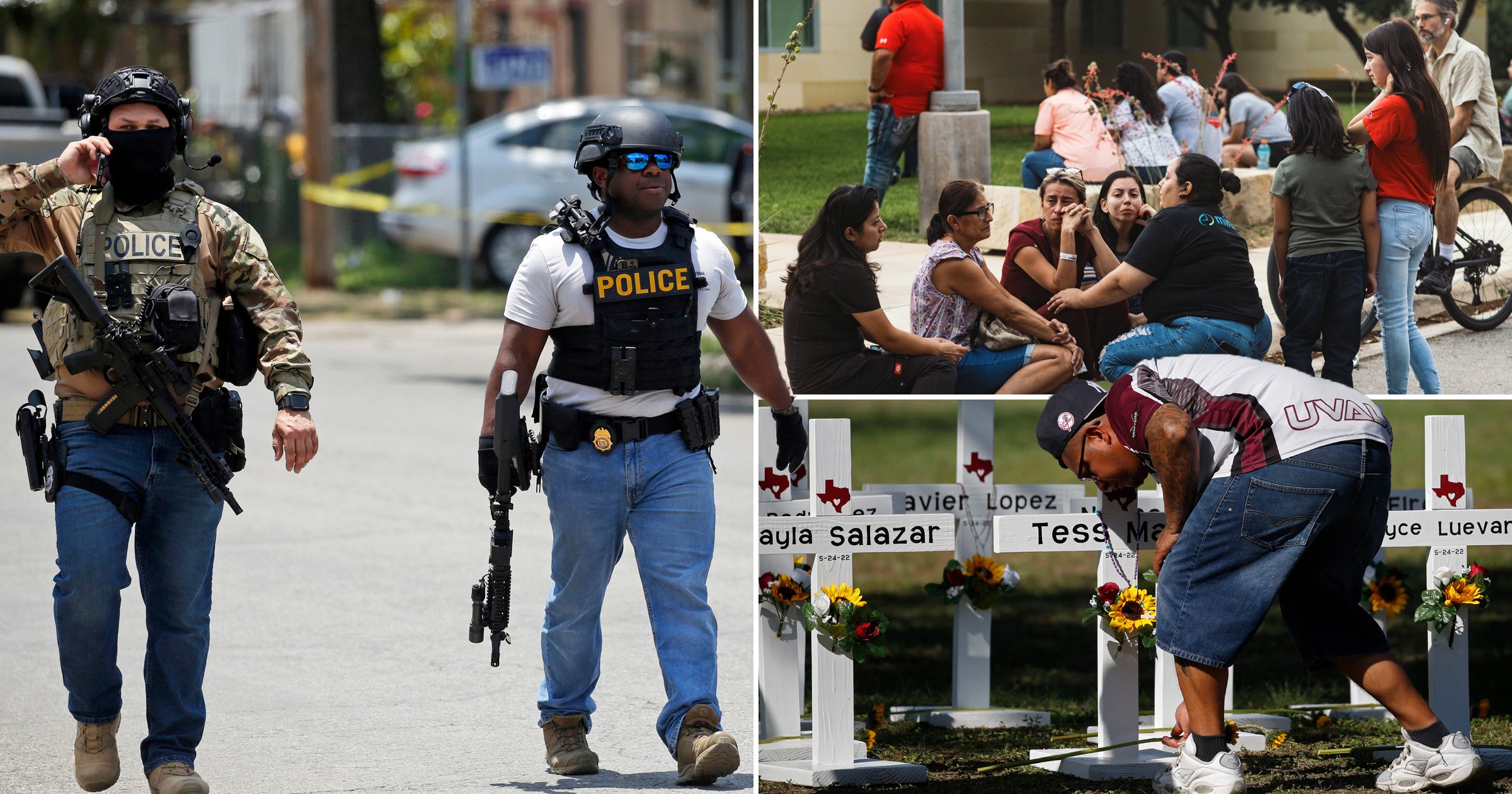 A teacher at Robb Elementary School in Texas has described the terrifying 35 minutes she spent huddled on the floor with her class as a gunman opened fire down the corridor.

At least 19 children, the youngest of who was just eight years old, and two teachers were killed when a gunman entered the school in Uvalde on Tuesday.

The massacre is America’s most deadly shooting since the Sandy Hook mass shooting in 2012, and the nation’s 212th this year.

The teacher, who has not been named, said she was watching a Disney movie with her class when she heard gunfire ring out down the hall.

She said she instantly knew what the terrifying sound was and shouted at her class to take cover under their desks as she sprinted to lock the door.

The teacher said because school children regularly do ‘active shooter exercises’ much like fire alarm drills the youngsters knew exactly what to do.

‘They’ve been practising for this day for years,’ the teacher told NBC.

‘They knew this wasn’t a drill. We knew we had to be quiet or else we were going to give ourselves away.’

The teacher said as her class huddled under their desks she sat on the floor in the middle of the room.

She said what followed was the ‘longest 35 minute of my life’.

The teacher said concentrating on keeping everyone calm and quiet while they could hear the gunman attacking was incredible hard.

She said she ushered children who started to cry towards her so she could comfort them.

Police officers eventually got to the class by breaking one of the room’s windows.

The teacher said she called for her students to line up before helping each of them out of the broken window.

‘After the last kid, I turned around to ensure everyone was out,’ the teacher told NBC.

‘I knew I had to go quickly, but I wasn’t leaving until I knew for sure.’

She said after the class were all safely away from the school she met up with them at a centre across town where she tried to comfort those who were worried about their friends and family.

‘Our children did not deserve this,’ she said.

‘They were loved. Not only by their families, but their family at school.’

Officials have named the gunman responsible for Tuesday’s tragedy as Salvador Ramos, 18.

The teenager entered the school armed with an AR-15 assault rifle and holed himself up in a classroom before eventually being shot dead by a border patrol agent.