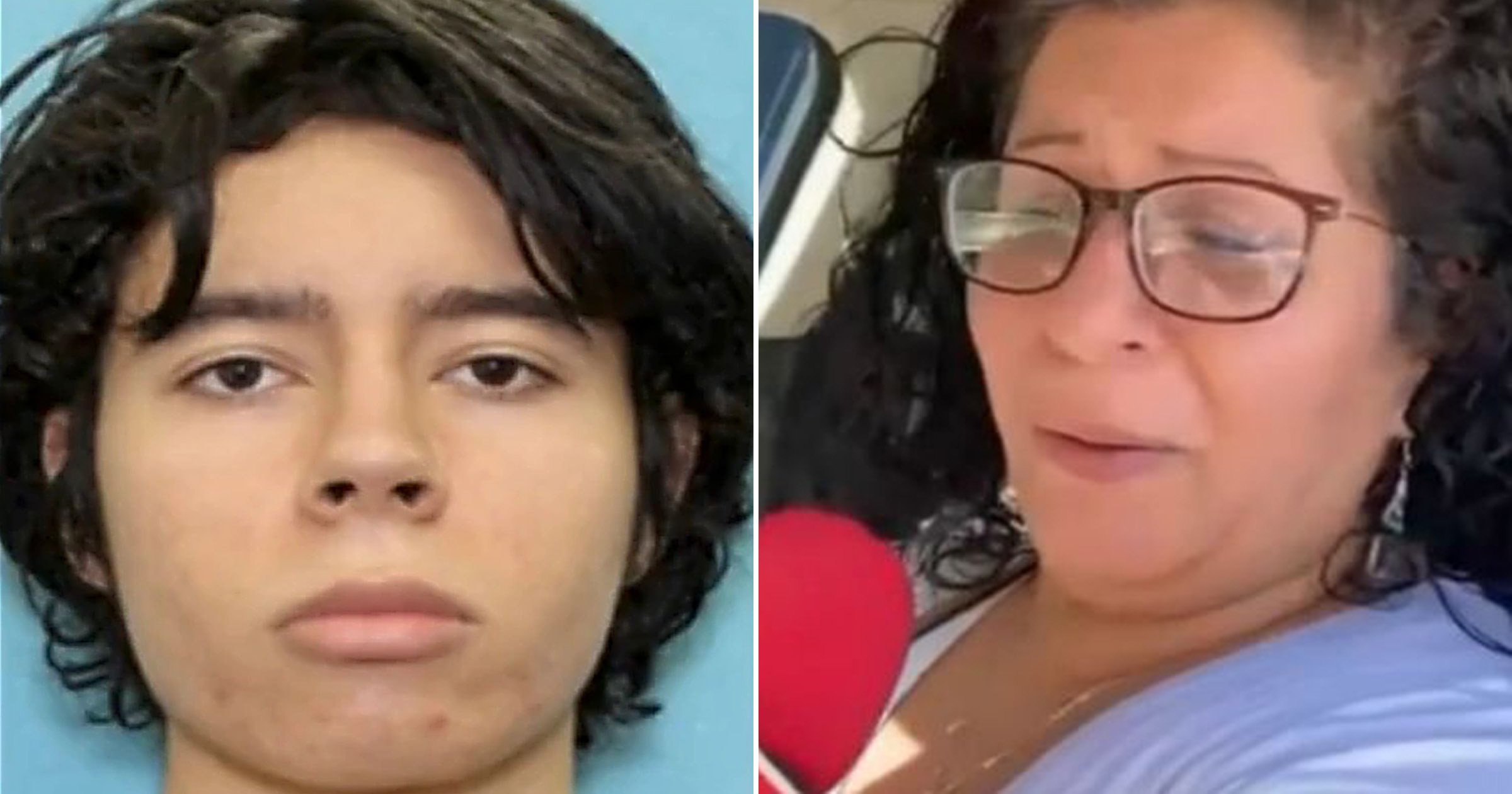 The mother of the gunman who killed 19 children and two teachers at a Texas elementary school says she hopes the ‘innocent children who died’ forgive her.

‘I have no words. I have no words to say. I don’t know what he was thinking. He had his reasons for doing what he did and please don’t judge him,’ she said.

‘I only want the innocent children who died to forgive me. Forgive me, forgive my son. I know he had his reasons,’ she said.

When asked what those reasons were, she replied: ‘To get closer to those children. Instead of paying attention to the other bad things. I have no words. I don’t know.’

Martinez’s own mother was her son’s first victim in Tuesday’s massacre. The teenage gunman shot his grandmother square in the face before stealing her car and driving off to Robb Elementary School in Uvalde, Texas. There, he fatally shot 19 children and two teachers, and injured 17 others.

The gunman’s mother, who has also been identified in interviews as Adriana Reyes, has also spoken out about how her son was not a violent person.

‘My son wasn’t a violent person. I’m surprised by what he did,’ the mother told the Daily Mail from a hospital in San Antonio on Wednesday.

‘I pray for those families. I’m praying for all of those innocent children, yes I am,’ she said. ‘They (the children) had no part in this.’

The mother admitted that her son did not have many friends, and largely kept to himself. An online friend the gunman texted before the shooting also spoke of how he never had plans with friends.

The gunman’s father, also Salvador Ramos, said in a separate interview with the Daily Beast that he never expected his son to commit such a horrific act of violence.

He began calling the local jail but soon realized his son had also been killed.

Ramos reportedly purchased two assault rifles in the days after he turned 18 shortly before carrying out the second-deadliest school shooting in US history. He was killed by cops at the school.