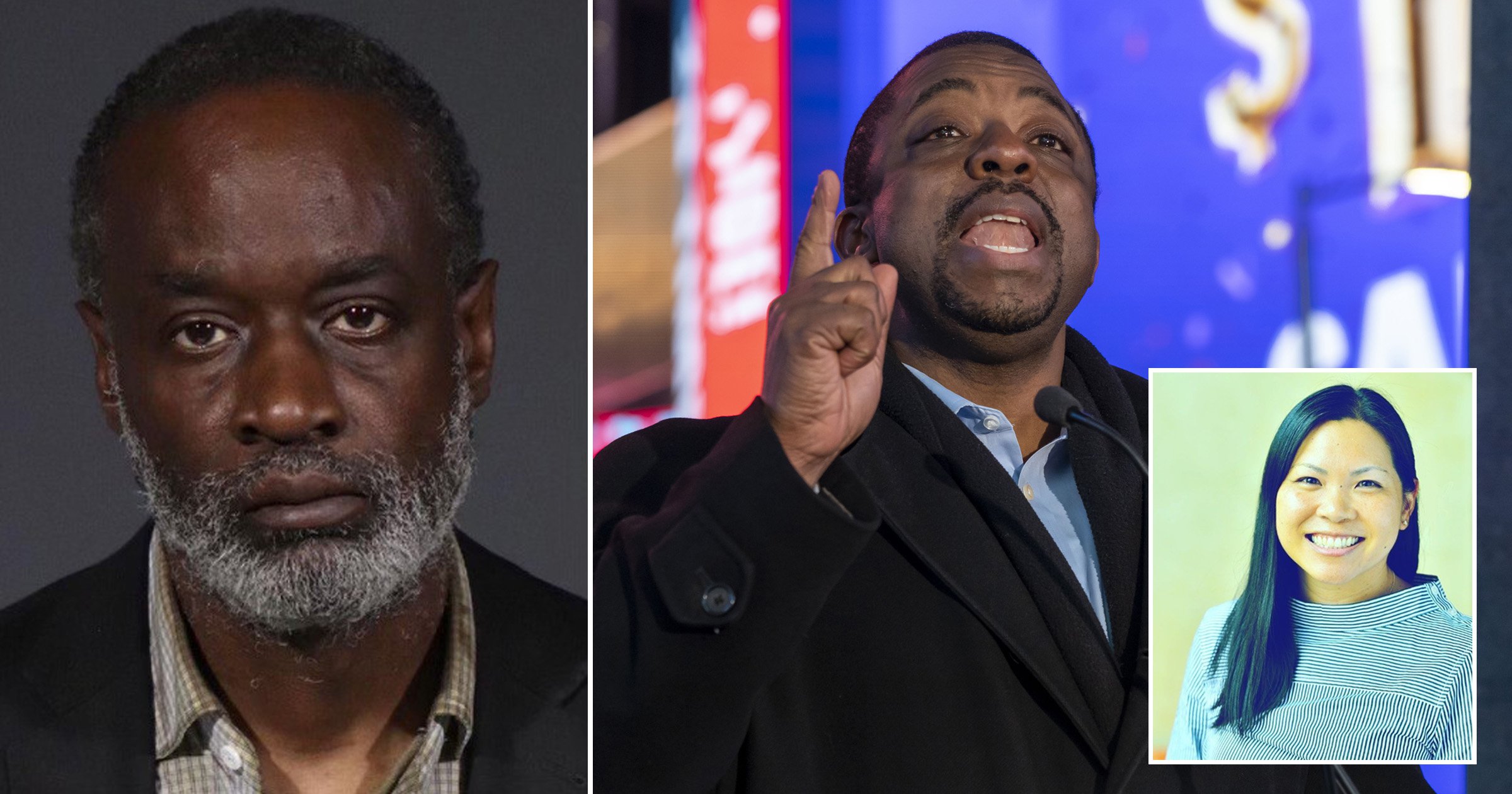 The man accused of fatally shoving an Asian woman in front of a subway train in Times Square is being held without bail, as ordered during a brief arraignment from his New York City hospital bed on Wednesday.

Martial Simon, 61, has been held at Bellevue Hospital in Manhattan since his arrest on murder charges in the death of Michelle Go on January 9.

His arraignment was viewed by a judge and lawyers in a courtroom in lower Manhattan, according to ABC7.

Prosecutors said that the 61-year-old confessed to shoving Go on Saturday. They are still investigating to determine if this incident was a bias crime.

The defense attorney for Martial requested prosecutors turn over any evidence of bias, but they said they did not have any.

Following the judge’s orders, Martial will undergo a psychiatric evaluation.

Near the end of his arraignment, Martial appeared to go on an indecipherable rant.

Police say Simon approached Go from behind at around 9.40am Saturday as she waited to board an R train and pushed her into the path of the oncoming train.

Martial, who is believed to be homeless, fled the scene but later turned himself in at a police station. Martial had a warrant out for parole violation and two prior violent felony convictions.

Simon has been in state prison two separate times for robbery and attempted robbery convictions. He has also been diagnosed with schizophrenia and has been in and out of mental hospitals for the last 20 years, according to the New York Post.

The family of Go released a statement to ABC, saying they were in a ‘state of shock and grieving the loss of our daughter, sister, and friend.’

‘We hope Michelle will be remembered for how she lived and not just how she died,’ her kin said. ‘She was a beautiful, brilliant, kind and intelligent woman, who loved her family and friends, loved to travel the world and to help others.’

‘Her life was taken too soon in a senseless act of violence, and we pray that she gets the justice she deserves,’ the statement said. ‘Thank you for your condolences.’

Go, a 40-year-old California native and graduate of UCLA, had worked for Deloitte Consulting in Manhattan since 2018. She was remembered by many for her selflessness and volunteer work with the New York Junior League, which included helping the homeless.

Hundreds of people gathered in Times Square Tuesday night to honor Go, whose friends said she loved living in the Upper West Side of the city. Another vigil was held in her native San Francisco, where about 100 people gathered to honor her life.

Go’s portrait was featured alongside other Asian victims of similar crimes, smiling over Times Square from an animated billboard.

‘Michelle, we will miss you deeply. Know you will always be in our hearts and memories,’ a work friend Louise Chang said at the vigil.

Some speakers at the vigil, organized by the group Asians Fighting Injustice denounced anti-Asian violence in New York City.

While Go’s death has not been classified as a hate crime by the New York City Police Department, many in attendance at her vigil said they’ve noticed an uptick in anti-Asian violence. Go was Asian.

New York City Mayor Eric Adams has received some criticism for his response to Go’s killing, which many have called tone deaf to the city’s needs.

‘We’re going to make sure New Yorkers feel safe in our subway system. And they don’t feel that way now,’ Adams said just three days after Go was killed. ‘I don’t feel that way when I take the train every day, or when I’m moving throughout our transportation system.’

The mayor’s confession that even he does not feel safe using the city’s public transit was a shock to many. It also comes less than two weeks after Adams and New York Governor Kathy Hochul declared that homeless outreach and police presence would be increased.

The mayor’s confession — that even he does not feel safe using his own city’s public transit, comes just three days after Michelle Go was killed in Times Square.

The recent tragedy has prompted Metropolitan Transportation Authority officials to explore the possibility of installing platform barriers to prevent people from being shoved onto subway tracks.

MTA Acting Chair Janno Liber shared the agency’s interest in shove-preventing screen doors on Tuesday. The MTA had previously decided against the measure due to how complicated and costly such a system would be to install in New York.

Transit leaders will explore the installation of platform barriers following the horrific death of a woman shoved onto the tracks at the Times Square subway station, MTA acting Chair Janno Lieber said Tuesday.

“Platform doors are an idea that works in many places, but there are special complexities in New York,” Lieber told reporters. “That said, we’re always looking for ways that we can make the system safer.”

Martial was ordered to return to court on February 23.