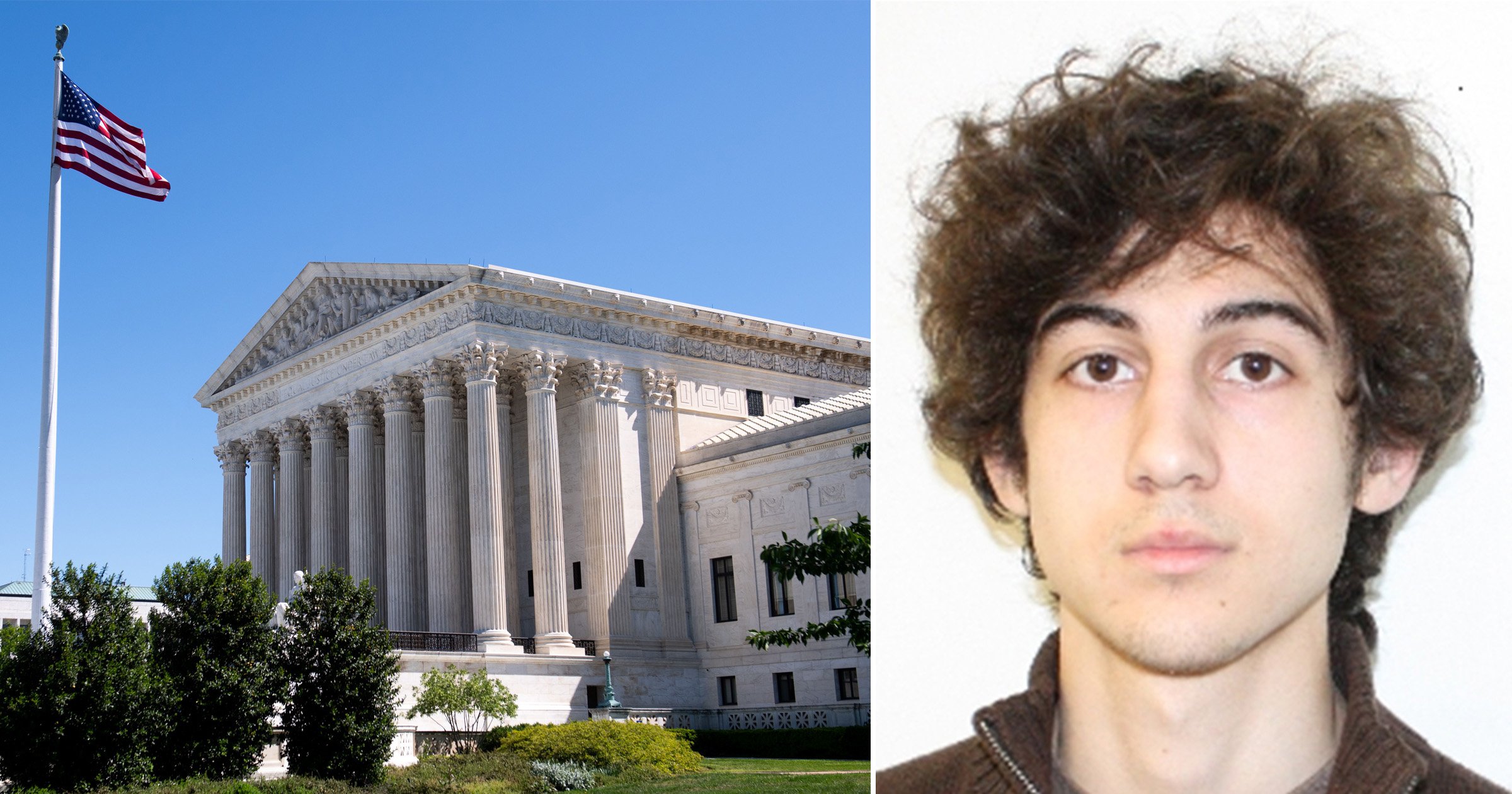 The US Supreme Court on Wednesday appeared poised to reimpose the death penalty for Boston Marathon bomber Dzhokhar Tsarnaey after a federal appeals court voided it in July 2020.

A majority of justices on the high court seemed to disagree with the lower court’s ruling that US District Judge George O’Toole, who presided over the trial, did not allow enough questioning of potential jurors about how closely they followed news coverage of the bombings.

Eric Feigin, a Justice Department attorney, reminded the justices: ‘After watching video of respondent (Dzhokhar) by himself personally placing a shrapnel bomb behind a group of children at the Boston Marathon, the jury in this case returned a nuanced verdict unanimously recommending capital punishment for that specific deliberate act.’

‘The Court of Appeals should have let that stand,’ he said.

Massachusetts has no death penalty, but a jury convicted Dzhokhar on 30 federal terrorism-related charges and sentenced him to death for six of those crimes.

Tsarnaev was convicted of joining his older brother Tamerlan in planting two homemade pressure-cooker bombs near the marathon finish line of the Boston Marathon. His 26-year-old brother died days after the bombings after a gun battle with the police.

The bombing killed three and injured 260 others.

Dzhokhar, who was 19 at the time, was later found hiding in a boat parked in a backyard, covered with blood. He had used a pencil to write out a manifesto warning that the mujahedin had ‘awoken’ and that ‘you are fighting men who look into the barrel of your gun and see heaven’, NPR reported.

The lower court also said that Dzhokhar’s attorneys should have been allowed to bring up a 2011 triple killing in Waltham, Massachusetts, that was suspected to have been committed by his brother, Tamerlan.

Dzhokhar’s lawyer Ginger Anders focused her argument on Wednesday on whether that evidence being excluded improperly, as it showed Tamerlan was the authority figure with ‘violent Islamic extremist beliefs.

His lawyers don’t deny his role in the marathon bombing. But they said he was easily manipulated by his brother, whom they called the mastermind.

The primary source of this evidence was a man named Ibragim Todashev, who was killed by an FBI agent when he attacked them during an interview. Since he was not alive to provide additional evidence, the conservative judges were in agreement that this situation should be excluded.

Justice Samuel Alito noted that if there had been evidence, it would have created a trial within a trial. He called the evidence ‘inadmissible many times over in a regular trial’.

However, the liberal judges claimed Dzhokhar’s attorneys were just looking for evidence that would make him seem like he was just following his brother’s orders.

There was little discussion over the appeal’s court claim that O’Toole did not sufficiently check whether the mass media attention the bombing had garnered had influenced the jurors.

The government is challenging the decision, but the Supreme Court will decide in a ruling due at the end of June what Dzhokhar’s sentencing will be. He would remain in prison at the least for the rest of his life.

While President Joe Biden has shared his goal of eliminating capital punishment at the federal level, his administration did not stop the appeal to overturn launched by the Justice Department under former President Donald Trump.

There were 13 federal executions during the last six months of Trump’s presidency. No federal inmates had been executed in the 17 years before he took office.