Ever Lopez said he wanted to represent his Mexican roots as he graduated from high school in Asheboro, N.C. The school said the flag violated the ceremony’s dress code. 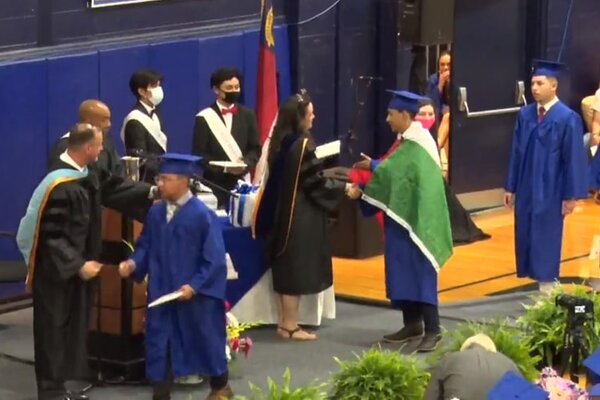 Ever Lopez of Asheboro, N.C., was set to become the first member of his immediate family to graduate from high school, but instead, he said, he was denied his diploma because he wore a Mexican flag over his gown at his graduation ceremony this past week.

Until Mr. Lopez’s name was called on Thursday, the graduation ceremony at Asheboro High School had played out like any other: A student’s name was called, the student received a diploma holder, handshakes were exchanged and people clapped.

But when Mr. Lopez approached the center of the stage with the red-white-and-green Mexican flag draped over his shoulders, he had a brief exchange with the school’s principal, Penny Crooks, drawing boos from the audience. After a moment, Mr. Lopez walked off the stage, raising a fist as he returned to his seat.

The moment was captured on video and posted to TikTok by Mr. Lopez’s cousin Adolfo Hurtado, who said that Ms. Crooks had asked Mr. Lopez to remove the flag and that he refused to do so.

Mr. Lopez, who was born in the United States to Mexican-immigrant parents, said in an interview on Sunday that he wore the flag because he is proud of his Mexican roots. 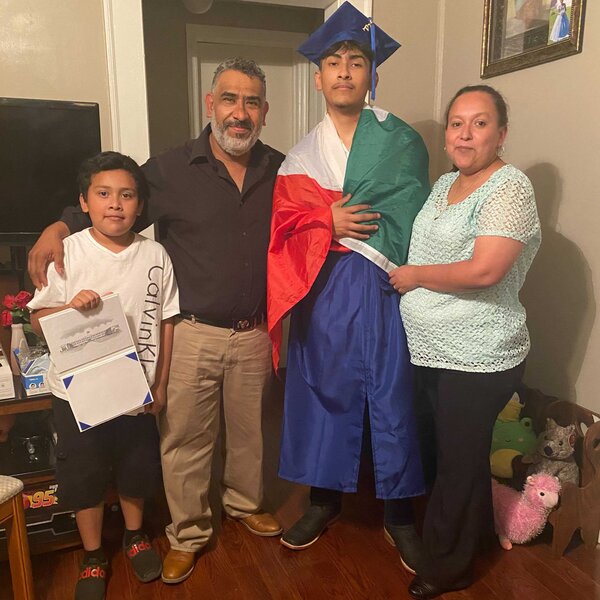 “The flag means everything to me and my family because it’s what is in our blood,” he said. “It’s where we came from, and I’d do anything to represent.”

In a second video that Mr. Hurtado posted to TikTok, Ms. Crooks, flanked by four police officers, is seen escorting Mr. Lopez and his family out of the school after the ceremony. “He and his parents can come back tomorrow, and we can talk about it,” Ms. Crooks says in the video, which has been viewed more than seven million times. “Go on.”

The public school district in Asheboro, which is about 70 miles east of Raleigh, said in a statement on Friday afternoon that Mr. Lopez had not received his diploma because he had violated the school’s dress code, and because he had “detracted from the importance and the solemnity of the ceremony.”